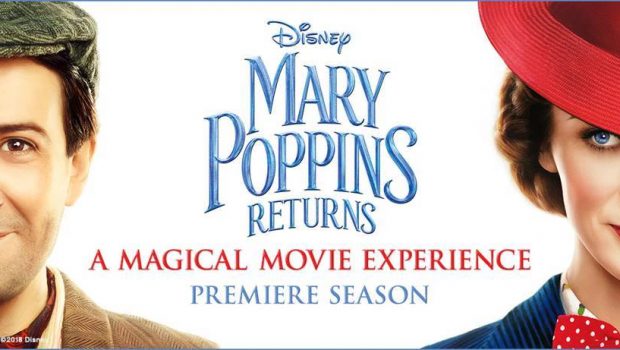 In Disney’s Mary Poppins Returns, an all-new original musical and sequel, Mary Poppins (Emily Blunt) is back to help the next generation of the Banks family find the joy and wonder missing in their lives following a personal loss.  The practically-perfect nanny whose unique magical skills can turn any ordinary tasks into a fantastic adventure, enters their lives once again, having not aged a single day.  She teams up with an old friend, Jack (Lin-Manuel Miranda), a charming and eternally optimistic lamplighter, and together they take the Banks’ children on a series of whimsical adventures and introduce them to colourful characters like Mary’s eccentric cousin, Topsy (Meryl Streep), bringing life, love and laughter back into their home.

This is an exclusive opportunity to enjoy the film before it opens in cinemas nationally on New Year’s Day, 2019.