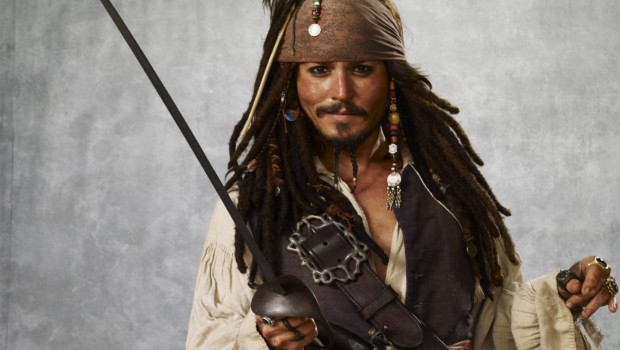 The Walt Disney Studios today announced that the fifth film in the blockbuster Pirates of the Caribbean franchise will shoot in Queensland, Australia, with production anticipated to begin in February 2015.

Australian Attorney-General and Minister for the Arts, Senator the Hon George Brandis QC, welcomed The Walt Disney Studios’ decision to film in Australia.

“The Australian Government is delighted to have secured the high-profile fifth installment in the Pirates of the Caribbean franchise to film in Australia with a contribution of AU$21.6 million. This is a landmark deal with The Walt Disney Studios; this film will be the largest international feature film ever to shoot in Australia and will focus the world’s attention on Australia as a leading film destination.”

“Disney is pleased to be working with both the Australian Government and Queensland Government as we prepare to set sail on our next Pirates adventure,” said Philip Steuer, Senior Vice President, Physical Production, The Walt Disney Studios. “Queensland has an incredibly diverse landscape and Australia’s robust entertainment industry and many accomplished craftsmen will provide a fantastic home base for our production.”

“The fifth Pirates of the Caribbean will create thousands of jobs for Queenslanders and attract millions of dollars into the state. We dared to dream on this film, and it’s paid off,” said Campbell Newman Premier of Queensland.

Queensland Arts Minister Ian Walker said “Queensland led Australia in attracting international film productions in the past financial year. This film will make a huge contribution to our state’s film industry and economy. Disney obviously agrees with the rest of us that Queensland has got it all.”

“International productions such as this Walt Disney Studios film play a large role in the economic, employment and skills development opportunities to Queensland’s creative talent and technicians. They increase investment in new technology, equipment and other infrastructure and we are thrilled to see Pirates 5 sail into Queensland,” said Tracey Vieira, CEO of Screen Queensland.

Since 2003, the Pirates of the Caribbean films have transported audiences back in time to a mystique-filled world of high-seas adventure traversed by a man who has become one of today’s most iconic characters – Captain Jack Sparrow, brought to life by actor Johnny Depp. The first four Pirates of the Caribbean films grossed a combined $3.7 billion at the global box office, and three of the four films in the franchise rank among The Walt Disney Studios’ top 10 films of all time.

The film is being produced by Jerry Bruckheimer and directed by Joachim Rønning and Espen Sandberg. It will arrive in theaters in July 2017.