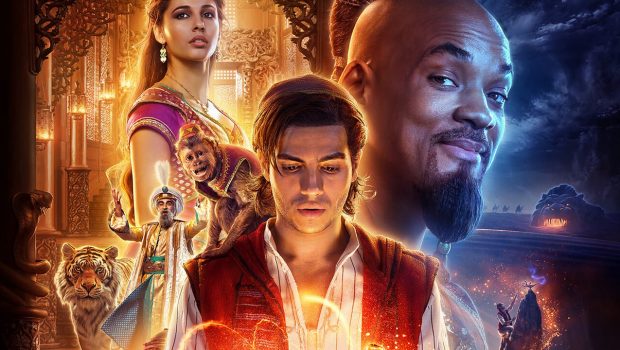 Extras illuminate a whole new world behind the scenes of “Aladdin,” including on-set visits with Will Smith, Naomi Scott, Mena Massoud and Guy Ritchie, a deleted song, deleted scenes and side-splitting bloopers

Disney’s “Aladdin,” the thrilling and vibrant live-action adaptation of the studio’s animated classic, lands in homes just in time for school holidays on Digital in HD, 4K Ultra HD™ on September 4 and physically on 4K Ultra HD, Blu-ray™ and DVD on September 18.

Fans of all ages will enjoy the exciting, humorous tale of the lovable “street rat,” Aladdin (Mena Massoud), courageous and self-determined Princess Jasmine (Naomi Scott) and the larger-than-life Genie (Will Smith) with all-new bonus features.

Extras explore elements of “Aladdin” that audiences adore, from the film’s treasured, iconic award-winning music to its beloved characters and their hilarious antics on and off screen. Viewers can celebrate the music with a Sing-along to many of the favourites including Arabian Nights, Friend Like Me and A Whole New World.

Features document Guy Ritchie’s joyful, easy-going approach to directing that led to movie magic; Will Smith’s fresh take on the infamous shape-shifting blue entity confined to an oil lamp; Naomi Scott’s powerful performance as the spirited princess who yearns to lead the people of Agrabah; and the indescribable feeling of playing Aladdin chronicled personally by Mena Massoud. Deleted scenes and a blooper reel round out the fun.

o Aladdin in the Lap Of Luxury

A thrilling adventure into a whole new world awaits! ✨ Bring home the magic in Disney’s Aladdin on Digital September 4, and Blu-Ray™ & DVD September 18.