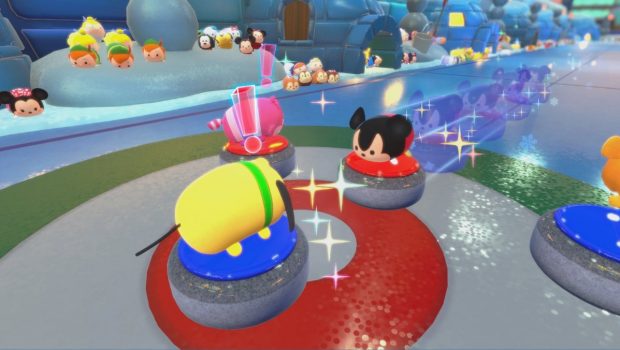 Disney TSUM TSUM FESTIVAL brings Disney’s highly popular stuffed Tsum Tsum toys featuring iconic Disney characters to the Nintendo Switch for the first time ever. Disney TSUM TSUM FESTIVAL stars a large roster of Disney characters, including Mickey and Minnie Mouse, in a myriad of party games which can be played with friends and family both at home or on-the-go. These party games can be played by up to four players on a single Nintendo Switch, or players can choose to play online with Tsum Tsum fans around the world.

Disney TSUM TSUM FESTIVAL will include the popular Tsum Tsum puzzle game, enabling players to experience the game on a larger screen and hone their Tsum Tsum connecting and popping skills. Players can also challenge their friends and family through local or online play to discover who’s the best!

To learn more about Disney TSUM TSUM FESTIVAL or BANDAI NAMCO Entertainment Europe’s other products go to: http://www.bandainamcoent.eu or follow us on Facebook at https://www.facebook.com/BandaiNamcoEU or join the conversation at https://twitter.com/BandaiNamcoEU.