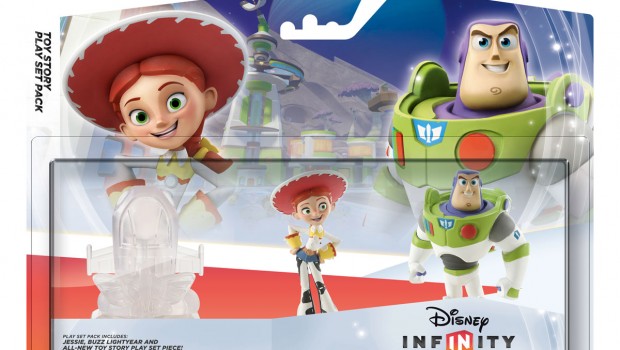 MELBOURNE, Aust. – (October 18, 2013) – Disney Interactive today released additional details and assets for the Toy Story in Space Play Set for Disney Infinity. This is the first Play Set to be released since the game launch in August, and invites gamers to take on the role of space rangers Buzz Lightyear, Jessie or Woody as they try to help relocate the Pizza Planet Aliens to a new world.

Disney Infinity is an all-new video game starring the beloved characters from Walt Disney and Pixar Studios’ most popular franchises. Players can place real-world toy versions of favorite Disney characters onto a device called the Disney Infinity Base and transport them into the virtual game worlds of Monsters University, the Incredibles, Cars, Pirates of the Caribbean, The Lone Ranger and Toy Story in Space, as well as into a giant Toy Box.