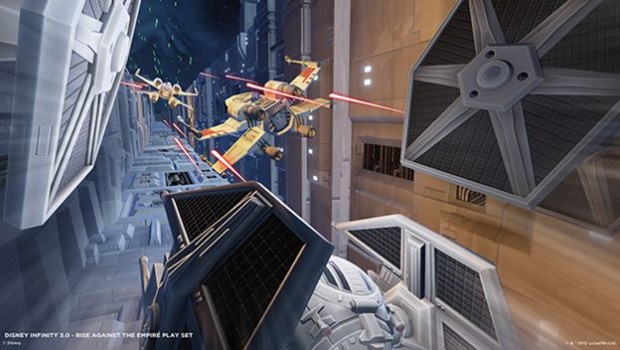 Non-stop, action-packed adventure awaits players as they explore open world planets like Tatooine on foot or on a Bantha, take down AT-AT walkers aboard a snowspeeder on Hoth, out-maneuver stormtroopers on a speeder bike on Endor, and partake in epic space battles in an X-wing starfighter to destroy the Death Star.

A Play Set based on Disney•Pixar’s upcoming film Inside Out and a Marvel Play Set featuring Hulkbuster, Ultron, and other Marvel characters will also be available. Additional Disney Infinity 3.0 figures and Play Sets will be announced in the coming months.