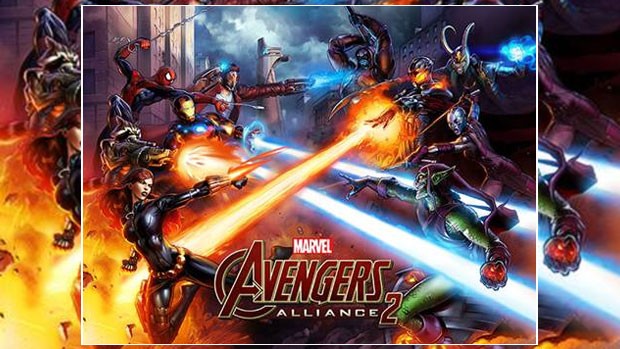 Since its launch over three years ago, the original Marvel: Avengers Alliance has become the most successful Disney-published social game with nearly 70 million players and over 100 Super Heroes and Super Villains for players to collect and nearly 1600 different combat situations to battle through, including PVP Tournaments and Incursions.

In this original storyline for Marvel: Avengers Alliance 2, pieces of the planet are disappearing, with entire cities vanishing without a trace. It is a mystery with a single clue: all of the disappearances are at previous sites of Incursions. Villains are taking advantage of the chaos, as well as the massive deposits of Iso-8 left behind by each disappearance. Each player must level up heroes, customize each hero with special abilities and assemble the ultimate team to take into battle.

Players who pre-register at http://www.MarvelAvengersAlliance2.com prior to launch will be awarded a redemption code for an exclusive Power Cell, which provides the player one of the following randomly selected Guardians of the Galaxy heroes for use in the game: Star-Lord, Gamora, Rocket Raccoon, Drax, or Groot.  The code will be delivered to each player after the game launches and will be usable in-game after the game’s world-wide release.  Complete promotion details, terms and conditions are posted at http://www.MarvelAvengersAlliance2.com.