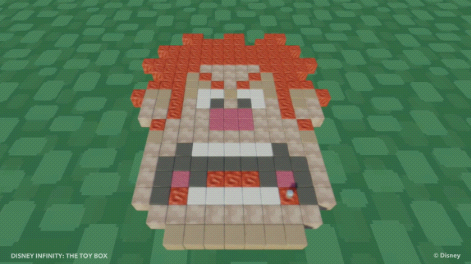 Today, Disney Interactive is releasing the winners of the Disney Infinity “Toy Box Wreck-It Ralph Challenge.”  In celebration of the recent Disney Infinity Wreck-It Ralph character release (28 November in Australia), players were tasked with building a Toy Box that’s meant to be destroyed. The top global Toy Box of the week is “Litwak’s Arcade” featuring five games to play in the arcade from Wreck-It Ralph.

Be sure to keep watching the video for information on the new “Fireworks Challenge”, and some great Toy Box tips and tricks from the developers at Avalanche.

Directions on how players can submit their Toy Box creations, as well as how to download new user-generated Toy Box worlds, are included below my email signature.