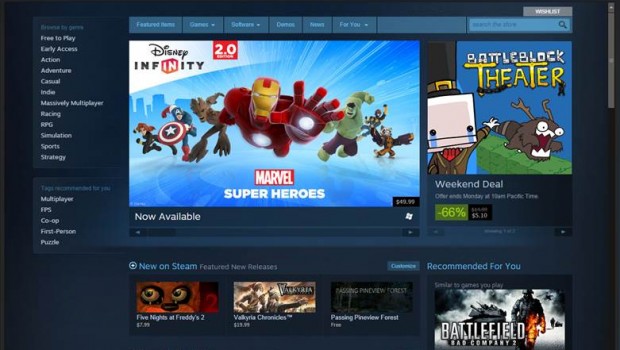 Steam players can purchase additional characters, Play Sets and more using their Steam wallet to enhance the gameplay experience. Any items purchased from the Disney Infinity PC shop will also transfer to the Steam version of the game and vice versa.

In the Disney Infinity 2.0 Toy Box, players can utilise their favourite Marvel and Disney characters, vehicles, locations and items to create one-of-a-kind Toy Boxes. These Toy Boxes can then be shared and played with friends on any platform, regardless of the one it was created on.