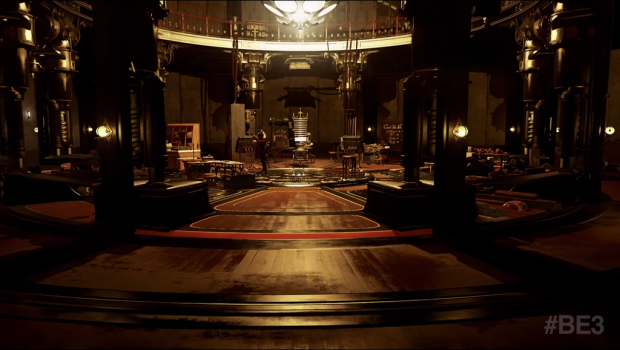 When I explained to Felicia at the Bethesda booth that I never played the original Dishonored, she nodded knowingly. ‘It didn’t have Emily,’ she said.

While Dishonored 2 intrigues me due to more than just its playable female protagonist—with beautiful landscapes and new, interesting mechanics—the inclusion of the totally hardcore Emily is definitely a large part of the appeal. Playing as Emily during a special hands-on session with Dishonored 2 on the Saturday of EB Expo 2016 did not disappoint.

The mission we were given involved entering The Clockwork Mansion, a creepy house with levers that shifted parts of each room to create puzzles and mazes. (Imagine those fireplaces that, when a lever is pulled, spin to reveal some other part of the room, but with several of these mechanisms in every room of an ornate mansion.) I quickly learned to ignore the quest markers and take the longest routes, to crouch everywhere I went, and to resort to violence only if necessary (if at all). 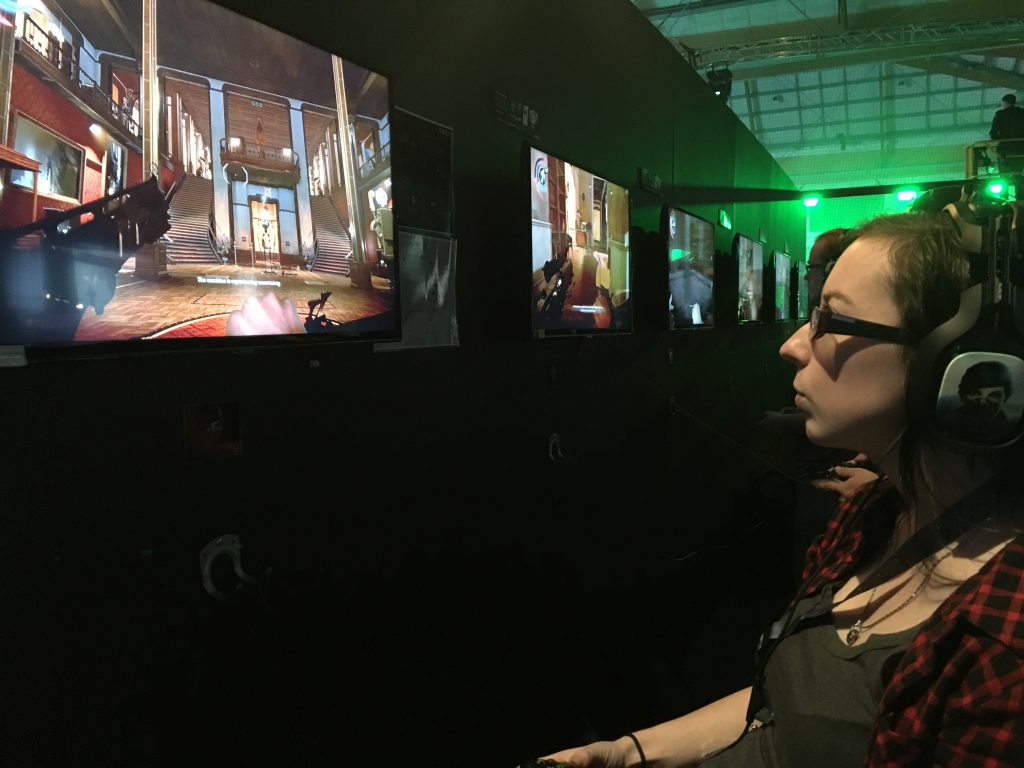 Being equipped with awesome abilities, several types of bullets, crossbow bolts, sleep darts, grenades, mines, and explosives makes every potential battle slow, considered, and deliberate. And with so many paths and approaches available, avoiding combat entirely is certainly possible. Every aspect of Dishonored 2 feels like a puzzle, and although each one has multiple solutions, none of these are immediately apparent.

Dishonored 2 sits in stark contrast to games that encourage you to rush in, guns blazing or sword held high. Button mashing is certain to get you killed. With the ability to save at any time, Dishonored 2 encourages experimentation, imagination, and reflective play. It challenges the player, but with so many ways of moving forward, it’s difficult to feel frustrated when an attempt is unsuccessful; there is always another way if the current approach isn’t working.

The challenge of Dishonored 2 allows for moments of extremely satisfying triumph. Early in the demo mission, I encountered a pair of guards that I could not figure out how to pass. In the end, I went the long way around, and eventually overheard the two of them repeating familiar dialogue through a window. I put one to sleep with a sleep dart, interrupting their conversation. ‘Hey, where did you go?’ the other said when the dialogue pattern was broken. Putting him to sleep as he investigated the unconscious body of his companion was air-punchingly good. 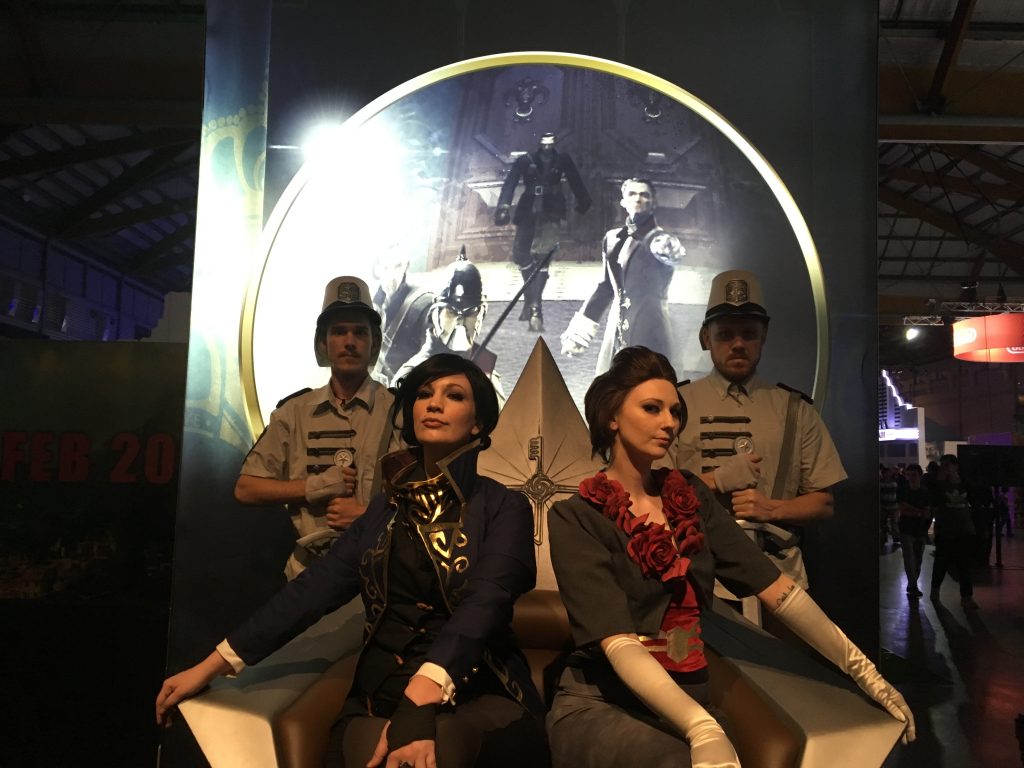 The NPCs in Dishonored 2 are clever, though. Unlike in the original Dishonored, the idle animations in Dishonored 2 are varied, so it’s impossible to follow the pattern and use it to time your movements. You have to be paying attention constantly, which leads to hesitant, measured exploration. The constant tension and necessitated stealth is perfect.

And Emily is perfect too. Though a little difficult to get my head around at first, her abilities and weapons are seriously dangerous once you figure out how to pair them in deadly combinations. As an alternative to Emily, you can also play as her father, Corvo, who you may remember as the player-character from the original Dishonored. Corvo has slightly different abilities, which allow him to approach the same maps and missions in different ways, giving Dishonored 2 replayabilty in terms of character and not just play style. I’m excited to play and replay Dishonored 2 once it is released on November 11, 2016.