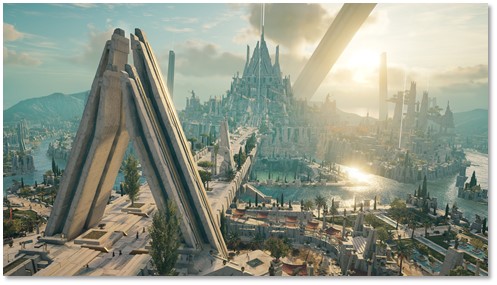 History is your playground in Discovery Tour: Ancient Greece, where players can take guided tours or freely roam around the rich open world of Assassin’s Creed Odyssey free of conflict and gameplay constraints. Visitors will travel through 29 regions in over 300 stations with tours featuring five different themes, philosophy, famous cities, daily life, war and myths. It also exhibits new features that allow players to learn the way they want, with 35 unique avatars and 15 mounts that are accessible by progressing through objectives.