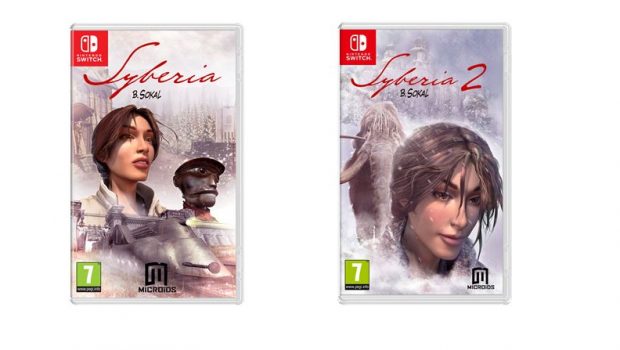 Discover Syberia’s saga on Nintendo Switch with the releases of Syberia 1 tomorrow – October 20th and Syberia 2 on November 30th!

Thanks to the modularity of Nintendo Switch, players will be able to discover or rediscover the 2 first episodes of Kate Walker’s adventures; in their living room in TV mode or on the move in handheld mode.

Kate Walker, a young New York lawyer, is dispatched to deal with the sale of a former automaton factory hidden in the French Alps. She never thought that this task, as simple as it seemed, would change her life forever. She quickly embarked on a journey into the confines of Eastern Europe, accompanied by a very peculiar automaton named Oscar. Together they discover incredible places, filled with colorful characters, before meeting Hans Voralberg: the genius inventor, following the trails of the last mammoths found on the mythical island of Syberia, which also happens to be the last piece of the puzzle to conclude the sale and the mission of Kate.

After completing her assignment – getting Hans Voralberg to sign the papers to conclude the sale of the factory – Kate decides to abandon her perfect life in New York to help the old man realize his childhood dream. Kate, the eccentric Hans, and the automaton Oscar, make for a most unusual team, by together they set off on a brand-new journey. They are in search of the last, legendary mammoths of Syberia, in the heard of a forgotten world.

Nintendo Switch versions of Syberia 1 and Syberia 2 are developed by Koalabs Studio.

Syberia 1 will be available on October 20th, 2017, and Syberia 2, on November 30th, 2017, both on physical and digital formats in Europe and digital only in the US.