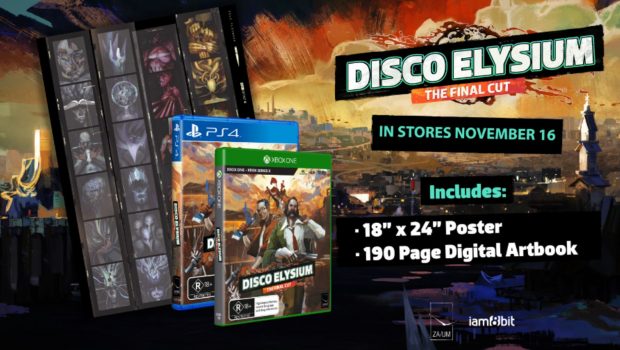 ZA/UM has confirmed that Disco Elysium – The Final Cut will be released on the Xbox family of consoles (Series X and One) physically at Australian retailers, 16th November. This is not a port but a painstaking re-assembly of the critically acclaimed game, including a redesigned user interface experience, font scaling options, improved legibility across the board and all quality-of-life enhancements from previous iterations.