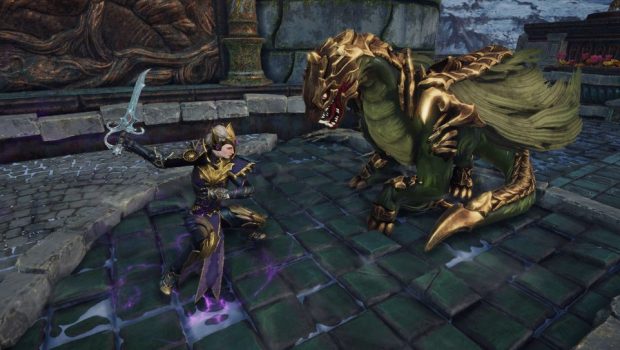 Disciples: Liberation is launching physically today in Australia, giving players the opportunity to explore the breathing, vivid world of Nevendaar – and journey through the mystery and political intrigue of this dark fantasy strategy RPG. Launched by publisher Kalypso Media and developer Frima Studio, Disciples: Liberation is available on the PlayStation Store, PC and Xbox – with players now able to enjoy the game’s 80-hours of gameplay filled with the Elven Alliance, powerful magic, battles, Undead Hordes, dragons, Legions of the Damned and forged alliances.

Players follow the story of Avyanna, a child of two worlds – yet part of none – on a quest to explore a war-torn world. Starting as an unknown and petty mercenary, her quest will lead players through sorrow and bloodshed before she eventually gains control of a mighty army, ready to challenge fate. Along the way, she will be challenged to make many a difficult choice, from selecting companions to navigating romantic encounters. It’s up to the player to decide what sort of leader she will become. With her army, which can be recruited from over 50 units, players will fight complex turn-based battles against beastly creatures, in which only shrewd tactics will lead to victory. Avyanna’s motto will serve players well: ‘Regret later. Act now.’

Kalypso Media Producer Florian Treppke says, “Players can now seize their destiny, align with factions, choose companions and discover how their choices will make a difference in not only the gameplay but on Avyanna herself and Yillian, with the ultimate goal of liberating the fate of Nevendaar.”

Frima Studio Game Designer Eric Latouche teases, “While Avyanna begins as a petty mercenary, she doesn’t stay a mercenary for long. Players will discover how as a Nephilim, she possesses Twilight powers, so-called for the ability to conjure both the dark and the light. This grants her access to a long-forgotten angelic city named Yillian.”

Louis Lamarche, Frima Studio Creative Director adds, “For those who have followed along in our journey, they may know we’ve previously mentioned the five endings led by her choices. Well, we’ve held something back for players to discover only after they play through the game. We’re looking forward to feedback as all gets revealed!”