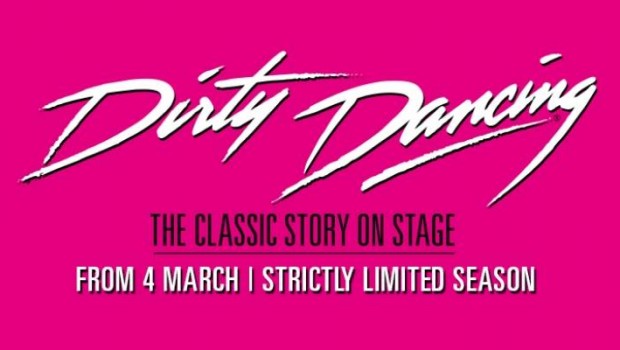 Summary: Dirty Dancing at the Princess Theatre in Melbourne makes for a great night out that we could happily recommend to everyone!

The classic story on stage, Dirty Dancing has returned to Melbourne at the Princess Theatre that is also celebrating its 10th anniversary and is bigger and better than ever. This spectacular productions ticks all the right boxes for great theatre which boasts music, comedy, drama and some amazing dance choreography as viewers are taken back to the summer of 1963. Once again we are reunited with the timeless love story of Frances “Baby” Houseman (Kirby Burgess) and Johnny Castle (Kurt Phelan), two young lovers from two very different worlds who find each other. The story is also features the hit songs Hungry Eyes and T” that will make fans of the original film reminiscence while allowing newcomers to be caught up in the emotional journey of these two lovers. 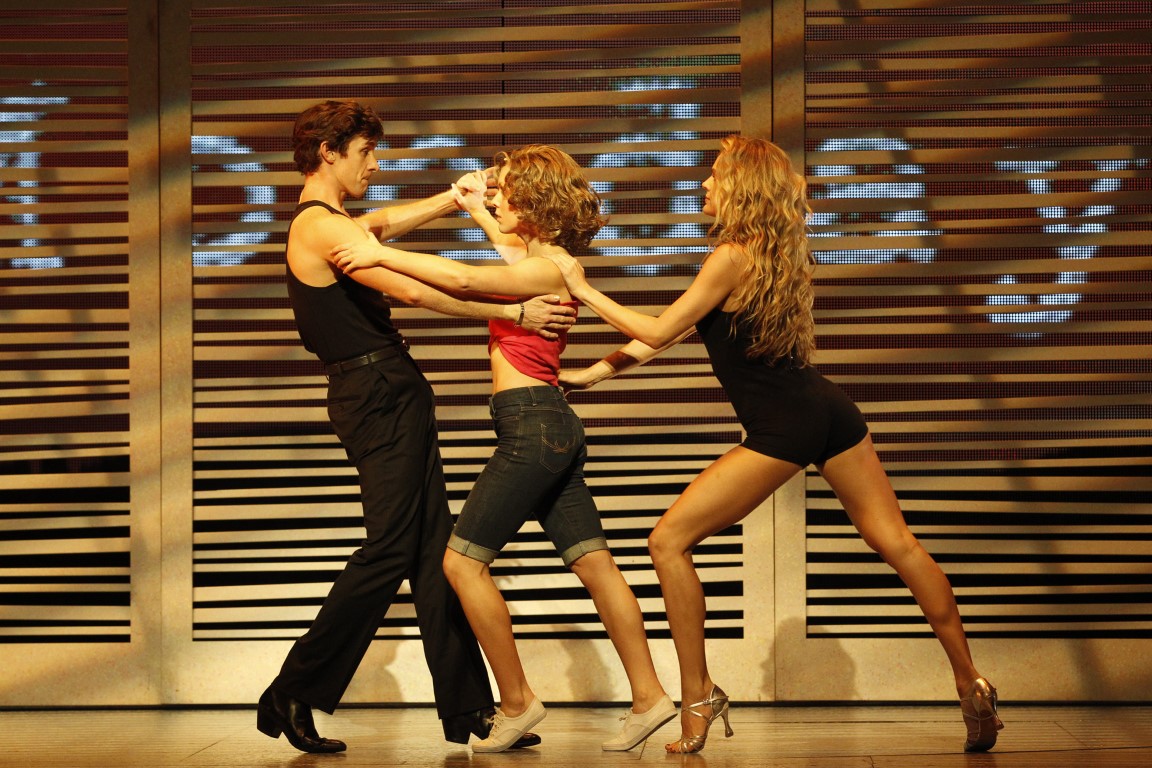 Although the production is based on the 1987 romantic drama of the same name which starred the late Patrick Swayze as Johnny and Jennifer Grey as Baby, this reimagining of the film not only pays homage to the story and iconic moments but it successfully adds light-hearted humour into the mix which creates this very enjoyable experience from start to finish. For the uninitiated the story of Dirty Dancing begins with the Houseman family holidaying at the prestigious Kellerman resort in the Catskill Mountains where Baby falls for the resort’s dance instructor Johnny. As their love blossoms, Baby tries to hide the relationship from her father Jake Houseman (Adam Murphy) but when Johnny is accused of stealing from the guests resorts, Baby must ultimately lay all her cards on the table.

In terms of characters, Kurt Phelan successfully channels his inner Patrick Swayze but gives Johnny enough of his own personality to make the character distinct yet similar to the original. Then you have Kirby Burgess as the beautiful Frances ‘Baby’ Houseman who really captures the innocence with her character that when linked to Kurt, create this amazing onstage relationship, especially with all the iconic moments from the film. It’s definitely a coming of age romance created perfectly on stage! 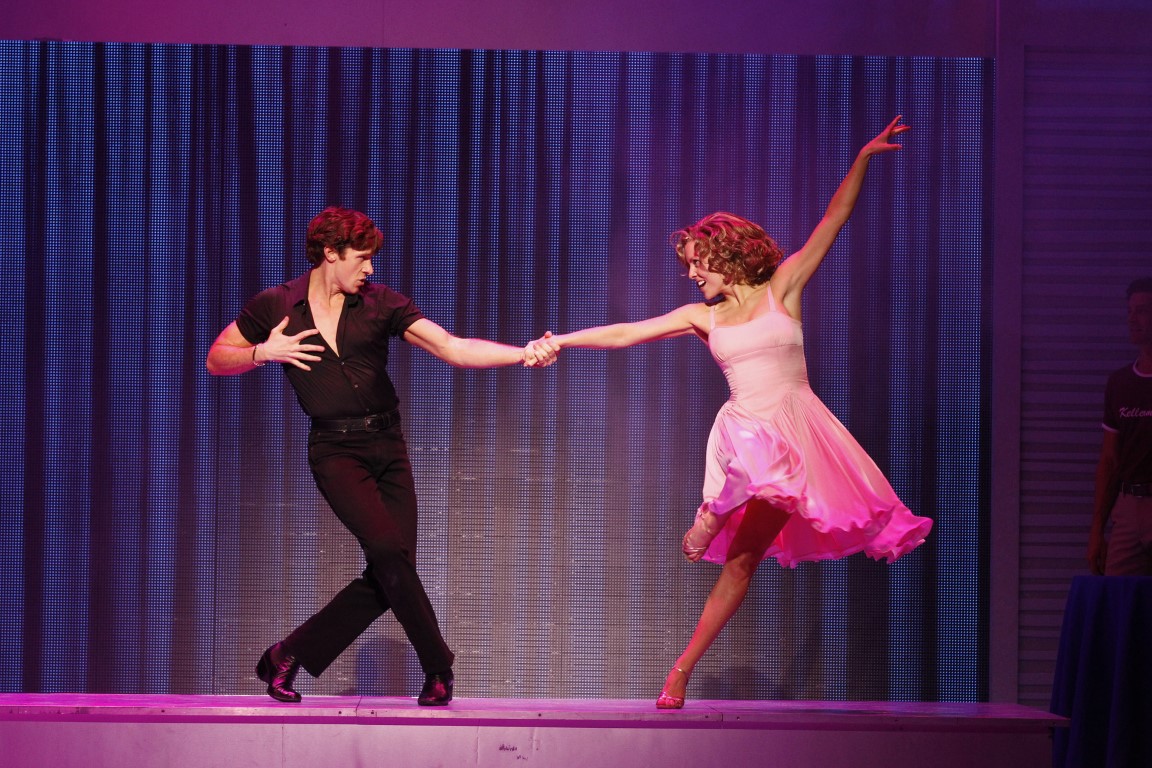 Another highlight of the cast is Maddie Peat as Penny Johnson who was in the top 20 of the TV series So You Think You Can Dance and is easily one of the most talented dancers that we’ve had the pleasure of seeing. Her dancing and flexibility is truly unparalleled and definitely wowed the audience. Singer Mark Vincent as Billy Kostecki also boomed through the Princess Theatre whose voice really enhanced the entire production as did his co-singer, Eric Rasmussen. For a touch of comedy, Gabriel Brown (Neil Kellerman) provided many laughs to the audience as did Teagan Wouters as Lisa Houseman, especially with her final song and dance. 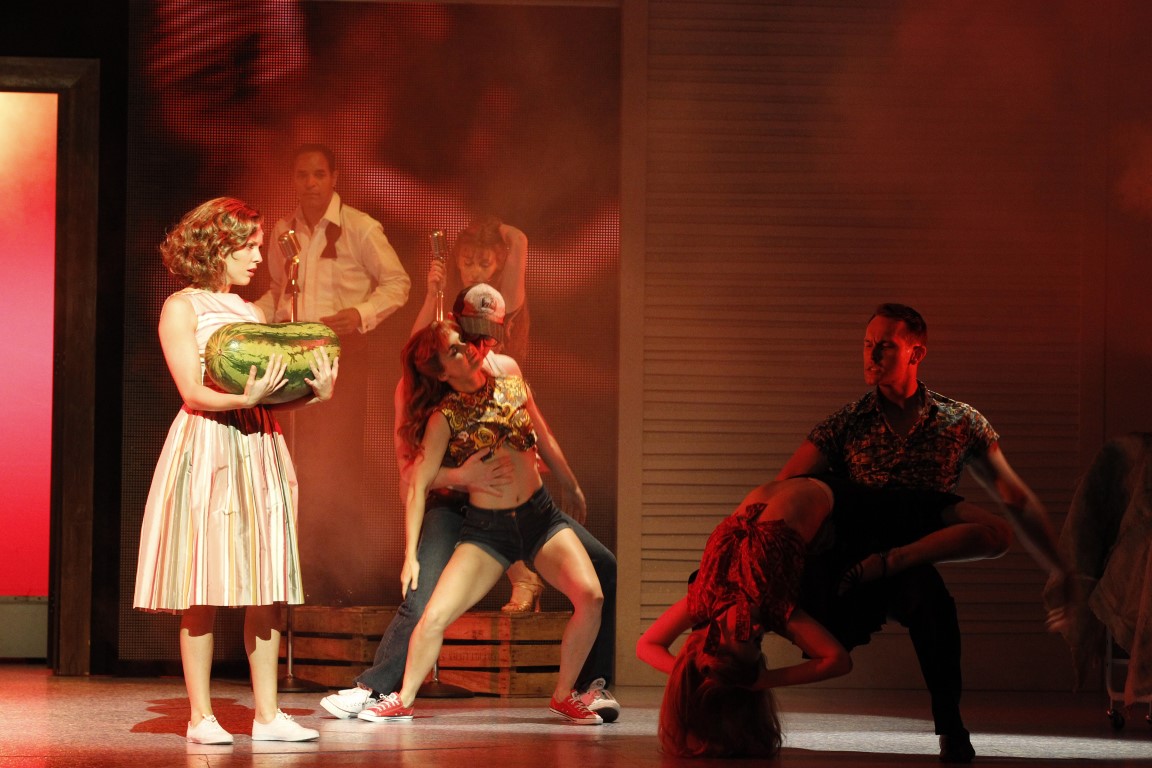 To complement the acting and dancing, there is a five piece band located just above the stage who provided all the music. The stage is quite dynamic which includes a rotating circular stage, video projections and three moveable shutters that helped create the illusion of different locations from restaurants to bedrooms and even a very amusing scene of Johnny practicing lifts with Baby in the water which had the crowd in hysterics. Lighting plays another key component to the production which really sets the atmosphere, especially the last scene where Johnny returns for Baby and stands up to her father with the classic line of “Nobody puts Baby in a corner”. 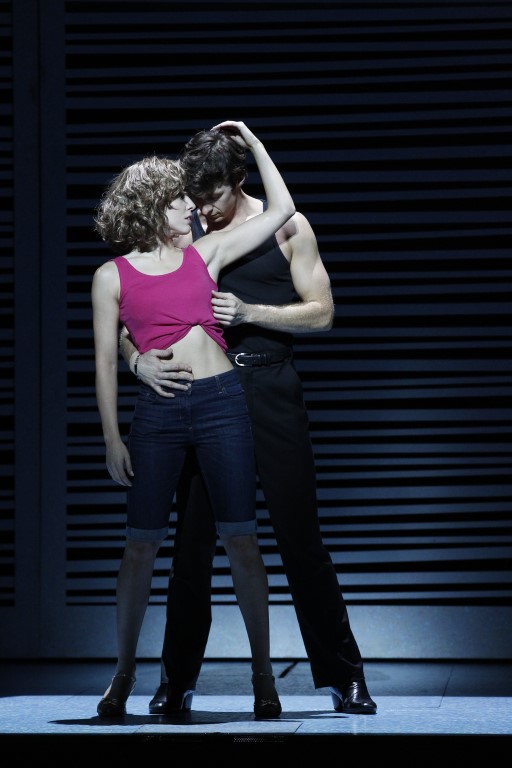 Dirty Dancing is a true classic and although it may not revolutionise the industry, it is still a very enjoyable experience that successfully pulls at your emotional heartstrings and takes you back to a simpler time. The entire cast also seem to be having the time of their lives which is quite infectious and creates this thoroughly enjoyable performance that will have you laughing and bopping away to the classic songs from the film. Kirby Burgess and Kurt Phelan are perfect as the leads and you’ll be left bewildered by the amazing dancing talents of Maddie Peat. All in all, Dirty Dancing at the Princess Theatre in Melbourne makes for a great night out that we could happily recommend to everyone!