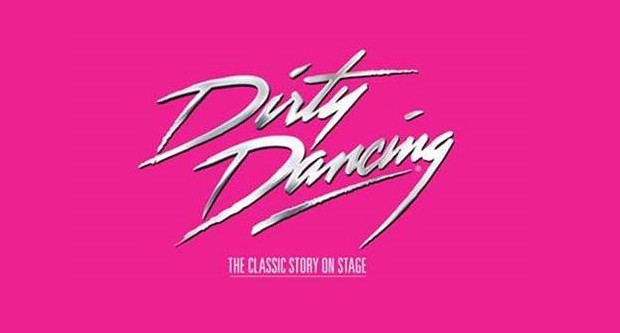 Leading Australian theatre producer John Frost today announced the international hit musical Dirty Dancing would play in Melbourne and Brisbane in 2015 following its Sydney season. A decade after its World Premiere in Sydney in November 2004, Dirty Dancing will play at the Sydney Lyric Theatre from 28Novemberthis year, then Melbourne’s Princess Theatre from March and the Lyric Theatre, QPAC from May.

Dirty Dancing was first performed at Sydney’s Theatre Royal in November 2004. Following the Sydney World Premiere season, the production toured to Melbourne, Brisbane, Perth and Auckland, a sell-out season of 18 months throughout Australia and New Zealand. A new production opened at the Theater Neue Flora in Hamburg, Germany in March 2006 where it broke records for achieving the largest advance in European theatre history.

Following this success, Dirty Dancing broke more records in London where it opened in October 2006 at the Aldwych Theatre. The production began previews with £11 Million in advance sales, a West End Theatre record. In an unprecedented move, the theatre had to add an additional 25 seats to the auditorium to accommodate the demand for tickets. It ran for six months of completely sold out performances, becoming the longest running show in the history of the Aldwych Theatre.

Dirty Dancing launched a hugely successful nationwide tour across the UK and Ireland in 2011, then returned to London at the Piccadilly Theatre. A new UK tour launched in Bristol in March this year.

Dirty Dancing has been staged across the world in Toronto, Canada; Utrecht, Holland; a North American Tour including Chicago, Boston and LA; Johannesburg and Cape Town, South Africa. The show opened in Berlin, Germany in April 2009 and closed in November 2010, the longest run in the history of the Potzdamer Platz theatre. The show is again touring Germany and productions will open shortly in France and Italy.  A new multi-city North American tour will open soon in Washington DC, before touring to 30 cities across the continent.

Featuring hit songs including Hungry Eyes, Hey! Baby, Do You Love Me? and the iconic (I’ve Had) The Time Of My Life, Dirty Dancing has become one of the most popular musical productions of all time.

It’s the summer of 1963, and 17 year old Frances “Baby” Houseman is about to learn some major lessons in life as well as a thing or two about dancing. On holiday in New York’s Catskill Mountains with her older sister and parents, Baby shows little interest in the resort activities, and instead discovers her own entertainment when she stumbles upon the staff quarters when an all-night dance party is in full swing. Mesmerised by the raunchy dance moves and the pounding rhythms, Baby can’t wait to be part of the scene, especially when she catches sight of Johnny Castle the resort dance instructor. Baby’s life is about to change forever as she is thrown in at the deep end as Johnny’s leading lady both on-stage and off with breathtaking consequences.