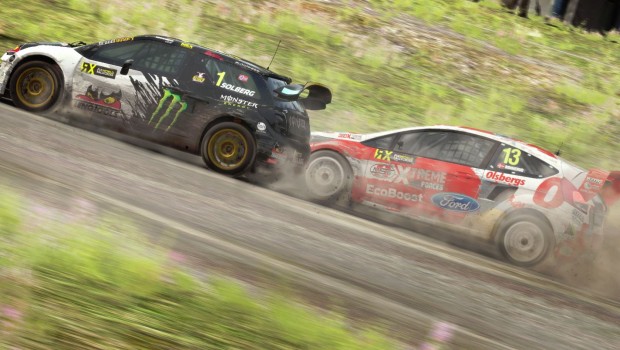 Sydney, 8th April 2016 – Codemasters have today announced that the BAFTA-nominated DiRT Rally® is now available to buy for PlayStation® 4 computer entertainment system and Xbox One. The launch trailer for the game is also available to now watch at https://youtu.be/cT3YpKkcWAc

From today, console players are welcomed into the vibrant DiRT Rally community and invited to join the hundreds of thousands of players on PC who road tested the game over 80 million miles during the game’s Steam Early Access programme.

DiRT Rally is the most authentic and thrilling rally game ever made. It perfectly captures that white knuckle feeling of racing on the edge as you hurtle along dangerous roads at breakneck speed, knowing that one crash could irreparably harm your stage time.

Every stage tests you differently, as you race on the edge of control across snow, ice, tarmac and dirt and tackle a variety of weather types. As the car suffers attrition and stages string together, your dedicated rally team tries to keep you competitive and each rally becomes a marathon-like test of concentration and skill.

DiRT Rally includes officially licensed FIA World Rallycross content, allowing you to experience the breathless, high-speed thrills of some of the world’s fastest off-road cars as you trade paint with other drivers at some of the series’ best-loved circuits, in both single-player and high-intensity multiplayer races.

DiRT Rally also features online league support and daily, weekly and monthly challenges that allow players to test themselves against the best drivers in the world and claim bragging rights as well as in-game currency.

From today, console and PC players will be able to enjoy substantial new additions to the game. New Classic Mini and Super 1600 series will introduce the thrills of rallycross racing from the start of the game and 21 advanced rally driving video guides will help gamers maximise their rallying performance. Players will be able to drive the vintage full gravel surface at Pikes Peak for the first time in the game and three of Colin McRae’s most iconic liveries will enable them to relive the exploits of a legendary rally champion.

The DiRT team have also added seven extra cars to the game:

“We’re delighted to be able to welcome PS4 and Xbox One players to the DiRT Rally community” said Paul Coleman, Chief Games Designer “We’ve been overwhelmed by the enthusiasm for the game our fans have shown us ever since we first revealed it and today marks the realisation of our vision to bring the game to as many players as possible. Welcome on board and we hope you enjoy playing as much as we’ve enjoyed making it!”

DiRT Rally is now available on PlayStation 4, Xbox One, and Steam.