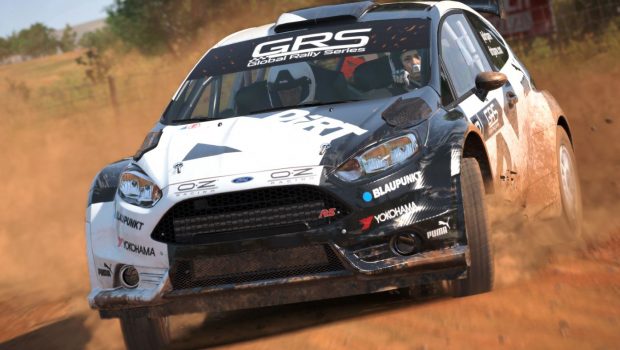 SYDNEY, 9TH March 2017 – Codemasters & Bandai Namco Entertainment Australia today announced that there will be a Day One Edition of DiRT® 4™, which will feature an exclusive Hyundai R5 rally car as well as a unique event*, livery and Founder Icon.

Double FIA World Rallycross Champion Petter Solberg and rally driver Kris Meeke have both been involved in the development of DiRT 4 and they give their thoughts on Your Stage, a game changing stage creation system, in the game’s latest video.

Your Stage allows you to produce a near infinite number of unique stages at the touch of a button in DiRT 4. Just select one of the five rally locations from within the game (Australia, Spain, Michigan, Sweden & Wales) and set the time of day and weather conditions. You adjust the route’s length and complexity using sliders before generating your own completely unique stage. If you are not happy with it, just press Generate again and create another. You can then race, share and challenge your friends to take on your bespoke stage.

Paul Coleman, DiRT 4’s Chief Game Designer, commented: “Your Stage is something that we have been working on since the launch of DiRT 3 in 2011. It allows players to generate an almost infinite variety of stages at all of the rally locations in DiRT 4. It’s a revelation as now our players will get the thrill of driving a new stage whenever they want.”

“It is extremely simple for you to create a stage but, behind the scenes, we have an extraordinarily complex series of rules and algorithms that put these routes together. Your Stage creates such a huge variety of routes, some that we would never have thought of crafting before, and they’re amazing to drive.”

DiRT 4 will fearlessly race to the PlayStation® 4 computer entertainment system, Xbox One and Steam on the 9th June 2017. DiRT 4 takes the passion and authenticity of off-road racing in both rally and rallycross to the next level, whilst also reintroducing gamers to Landrush, thrilling short-course racing in trucks and buggies.