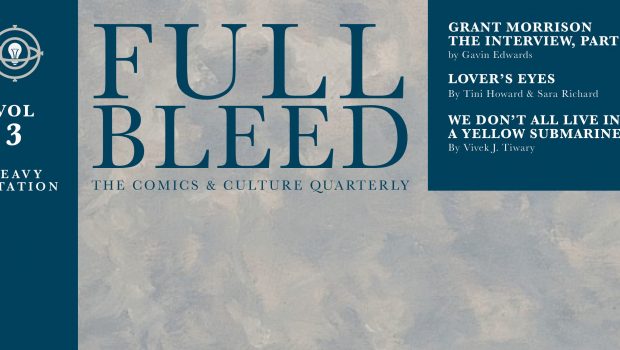 IDW Publishing has recently launched a Kickstarter for the third volume of FULL BLEED, the acclaimed print-only 200-page hardcover magazine. The FULL BLEED is curated and edited by IDW Publishing’s Dirk Wood, alongside IDW Publishing Former CEO/Founder Ted Adams. Impulse Gamer was fortunate enough to have a quick chat with Dirk, where we got to discuss the Kickstarter, what this volume features and much more!

Can you tell us a little about the Kickstarter for the third volume of Full Bleed?

It’s a hit! I’ve mentioned this before elsewhere, but to me, Kickstarter is kind of the modern version of a subscription service. In the old days of magazine publishing, you needed subscriptions and ads to survive. Well, we’re not selling any ads, so subscribers are a big part of our plan. These days, print publishing is not for the faint-of-heart. It’s up to us to find every last person out there who loves print books, and Kickstarter is a great way to reach people. That said, comic shops are a big part of our plan, too. And the numbers have have been going UP in comic shops, which never happens. Hopefully, the raised profile of the book, in no small part due to Kickstarter, has been a big reason for that.

Beyond that, this one has plenty of fun bells & whistles, signed prints, enamel pins, original art from Geof Darrow and more. Some really fun stretch goals coming, too. I, of course, encourage everyone to check it out! 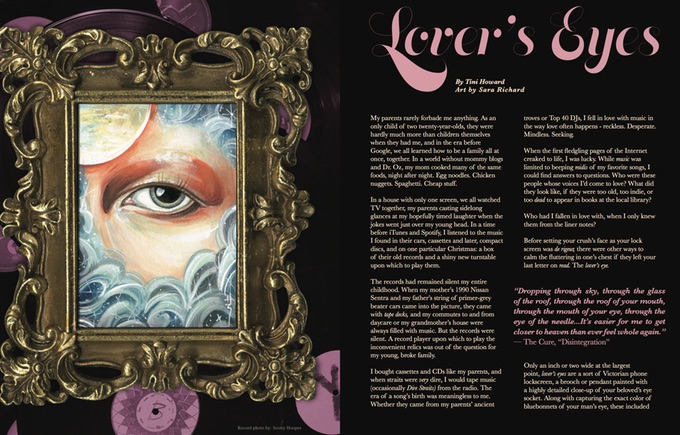 I’ve heard that the Grant Morrison interview will no doubt cause quite a stir. Can you elaborate on what readers can expect?

Well, there’s been an excerpt making the rounds where he talks about Alan Moore, and shall we say it’s…fairly controversial? But there’s MUCH more to it than that. Gavin Edwards, who’s a real pro, was flown out by a magazine to interview Grant for 6 hours. The magazine ran only a sliver of it, at the time (2011). So, we’re running the ENTIRE THING. We’ve had to split it into two chapters, in volume 3 and volume 4, and if you’re a fan of Grant’s it covers just about everything. His early work, later work, magic spells, Alan Moore, the works. It’s a hell of a read. 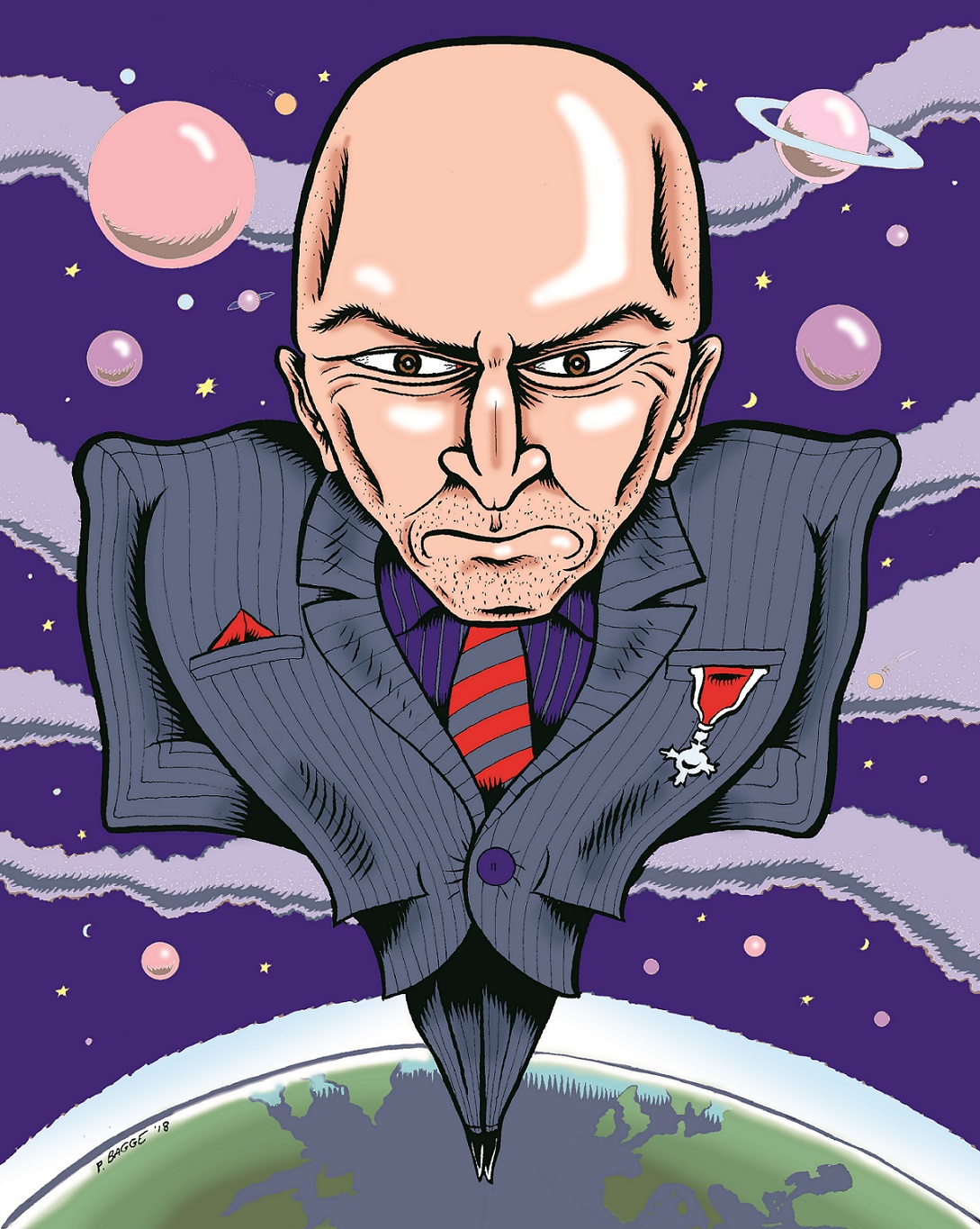 For those out there who have never read The Full Bleed before, what’sit all about, and why do they need it?

It’s the world’s only 200-page, quarterly, hardcover, print-only, comics & culture magazine! And it’s more than just comics. We’ve got fiction, non-fiction, long interviews of course, you name it. Covering topics as different as you can imagine. Slice-of-life stories, personal essays, adventures stories. I keep saying this, but take *Rolling Stone*, some great old *Comics Journals*, and a beautifully designed art book, mash em all up: You’ve got *Full Bleed*. It’s the kind of thing that’s a little hard to describe, but when you hold it in your hands, you know immediately what it is. It’s kind of the ultimate flip-it-open-and-pick-a-page bathroom reader. 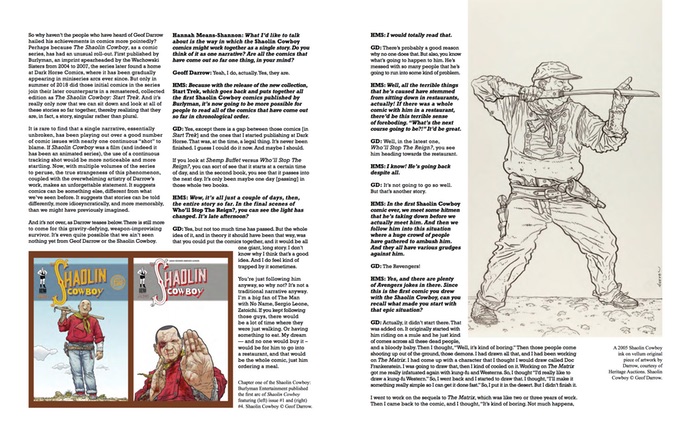 What else can readers expect to find in this volume?

Oh, man. There’s a ton of great stuff. You can pack a lot in 200 pages. New comics from Roger Langridge, Noah Van Sciver, Julia Alekseyeva, and more. Great essays from Vivek J. Tiwary, Tini Howard, Jon Raymond, and Jarrett Melendez… A new short story from Joe Lansdale. Another great interview, with Geof Darrow, by Hannah Means-Shannon. It’s impossible for me to pick a favorite, and that doesn’t even cover half of what’s in this beast. 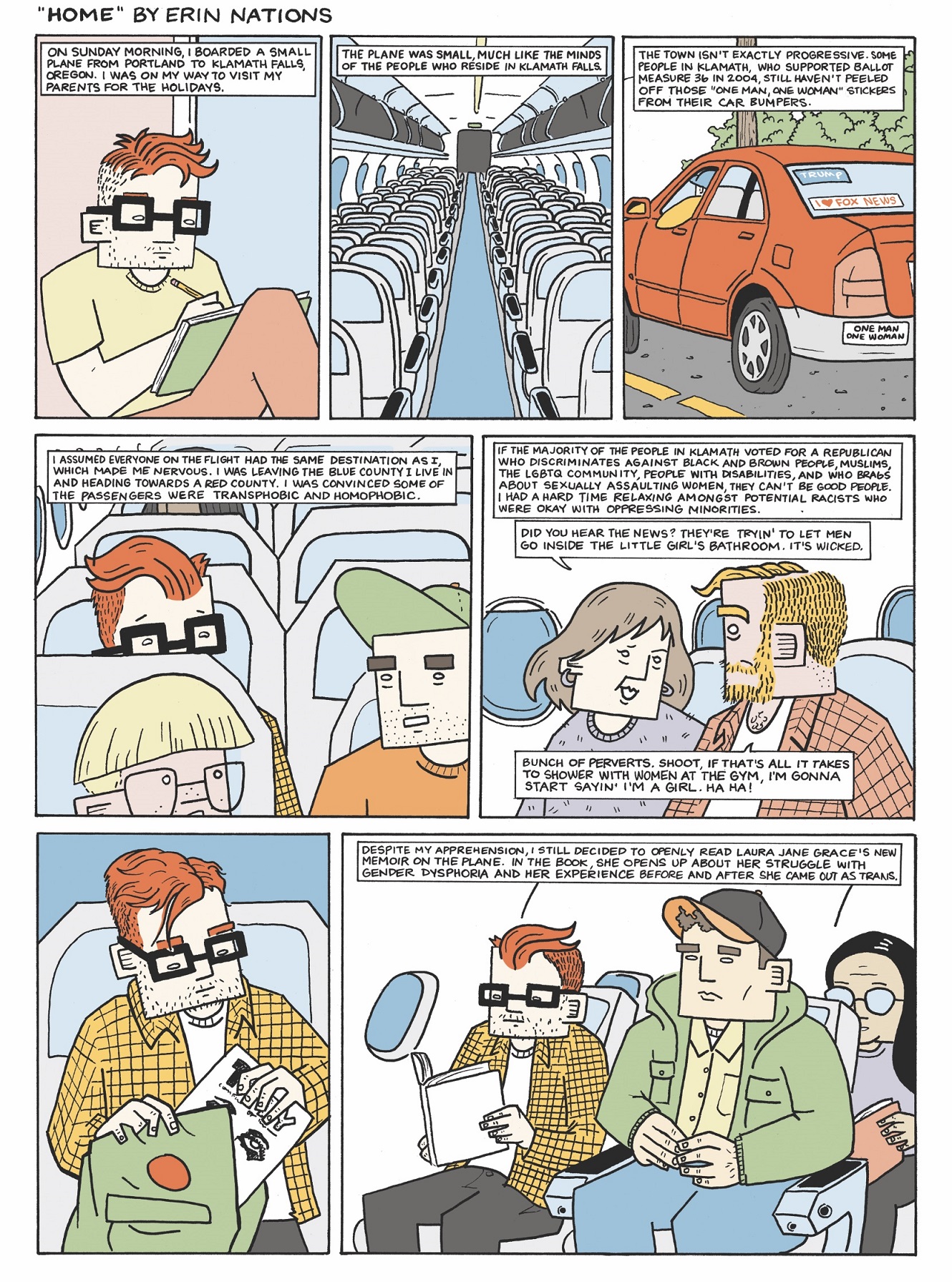 Finally, how important is it for you to strengthen the relationship between comics and the representation of diversity?

In my mind, it’s the most important thing we’re doing. Let’s face it — I think I have good taste, but that’s me, and I’m a 48 year old white guy. I’m not even THAT interested in my own point-of-view. It’s crucial to me that we fill this thing with a ton of different voices. I think our track record is pretty good, and certainly the track record of IDW overall speaks for itself. But we’re constantly on the hunt for new and vital voices — Whether it’s Erin Nations telling the story of being trans and going through a second puberty, Abdulkareem Baba Aminu talking about finding comics as a kid in Nigeria, or Jen Vaughn talking about giving up softball for art — These are stories I never could have told. And indeed, would never have known about, unless they were sent my way. That’s one of the great things about my job, being constantly surprised by some of the amazing stories showing up my inbox, from all over the world, from all types of people. We’re on the hunt for variety in the kinds of stories we tell, and the kinds of people who tell them. We’ve done pretty well with that so far I think, but things are only going to get more interesting from here! 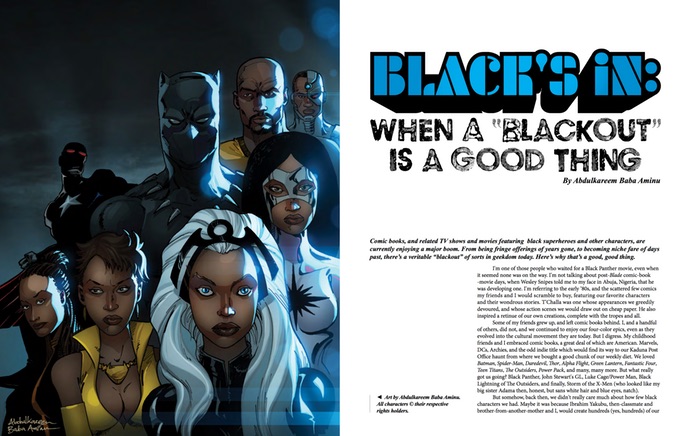 Be sure to get on board and support the Kickstarter. 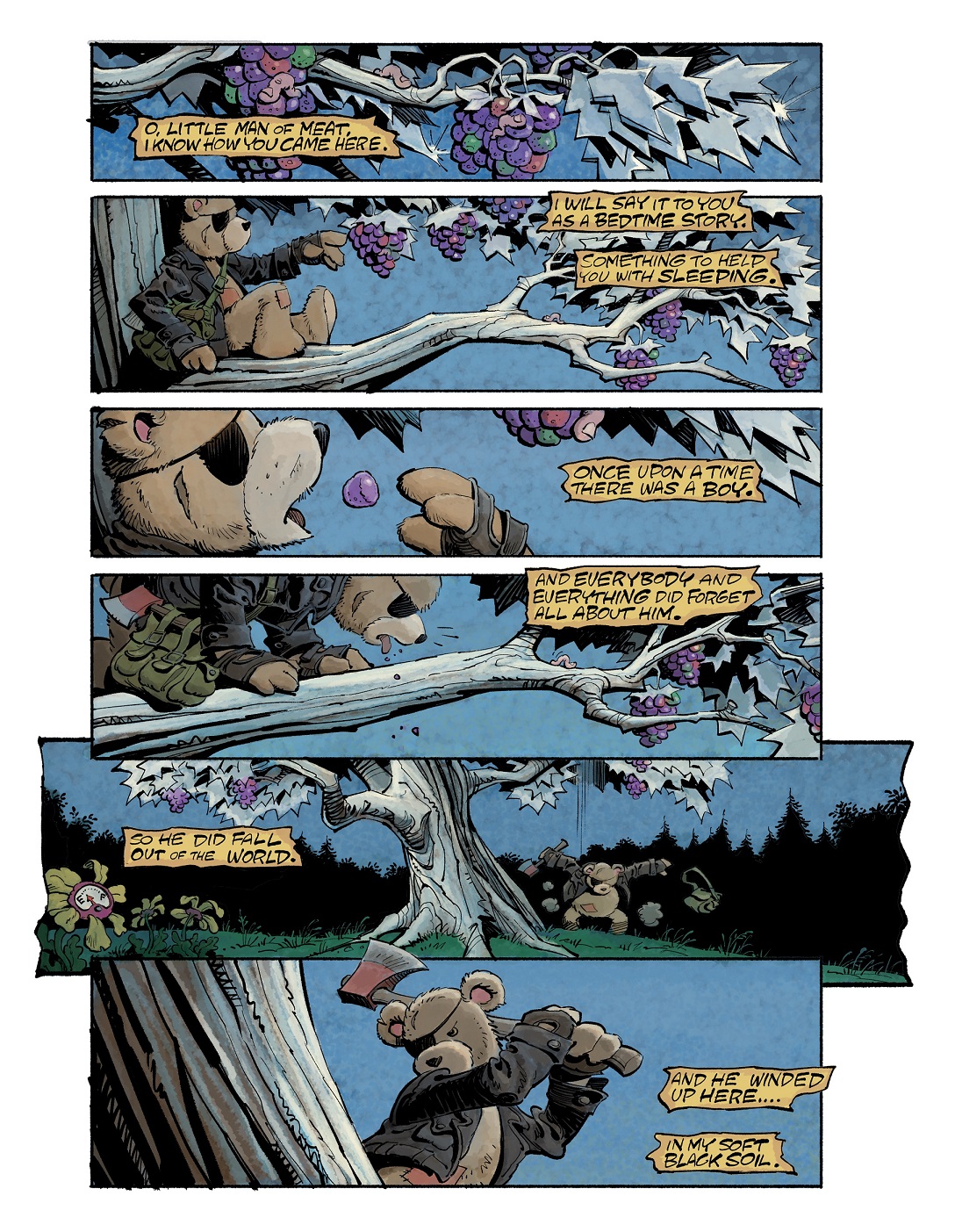 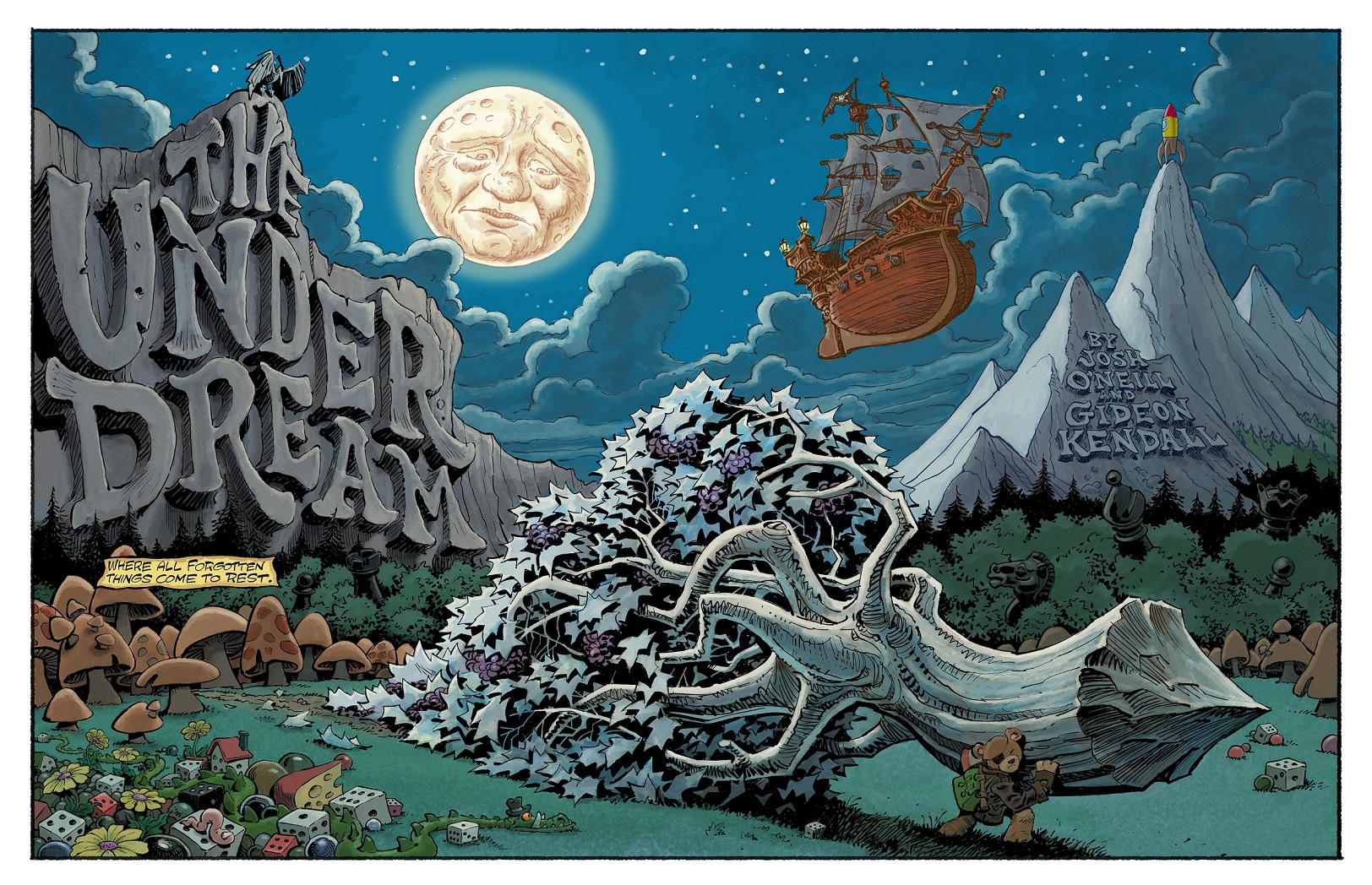 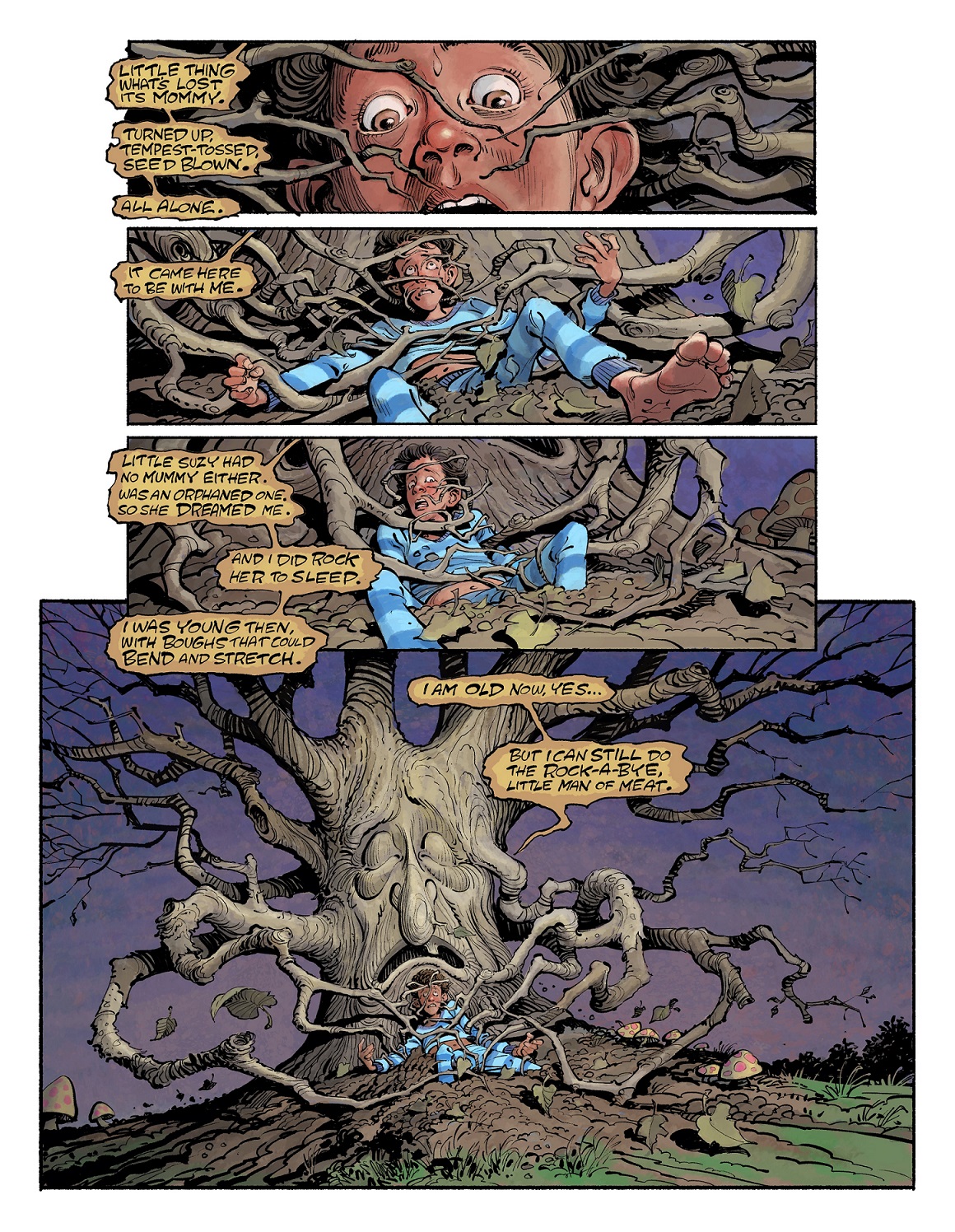