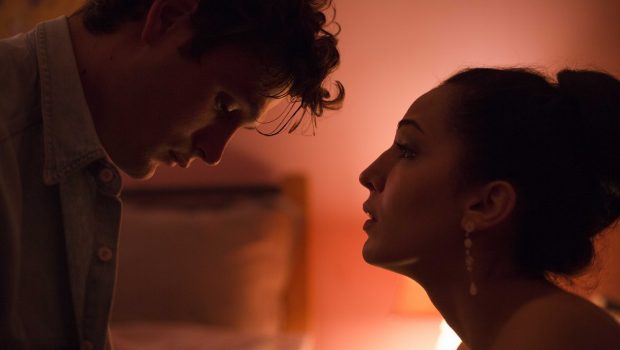 Sotiris Dounoukos, the director of Joe Cinque’s Consolation, along with lead actress Maggie Naouri, will take part in a special audience Q&A session at Cinema Nova on Friday, October 7 at 6.45pm. Sotiris and Maggie will introduce the film and following the screening will be on hand to answer questions from the audience about the film and its controversial subject matter. Tickets for this special event screening are now on sale.

The film tells the true story of the events surrounding the death of Joe Cinque. In early 1997 Anu Singh, a law student at the Australian National University, confided to friends her plans to kill herself to put an end to a mysterious illness. With doctors unable or unwilling to help, Anu’s boyfriend, Joe Cinque, attempts to get to the bottom of her condition. As Anu’s mental and emotional state begins to unravel, her plans grow more macabre and more public. Joe begins to understand the true nature of their relationship while Anu blames him for her illness and vows revenge against him. After an elaborate farewell dinner party attended by friends, Anu drugs Joe with Rohypnol. Now under Anu’s control, Joe’s fate depends on their friends and colleagues intervening to save his life. Instead they gradually withdraw, unwilling to help or immobilised by doubt or disbelief. More than a day later, on the 26th of October 1997, Anu injects Joe with a lethal dose of heroin.

It is the adaptation of Helen Garner’s best-selling account of these events: an examination of collective and individual responsibility, and a crime that shocked Australia.

Sotiris Dounoukos is the director, writer and co-producer of the film, and its recent selection for the 41st Toronto International Film Festival marked Dounoukos’ return to the festival, where in 2014 he was awarded TIFF’s Best International Short Film Award for his film, A Single Body. The film later collected the best film awards at the St Kilda Film Festival and Dendy Award as part of the Sydney Film Festival.

Tickets for this Q&A event are now on sale to the general public and can be booked online at http://www.cinemanova.com.au or at the Cinema Nova box office.
Screening/Q&A location:
Cinema Nova, 380 Lygon St, Carlton
Friday, October 7 at 6.45pm