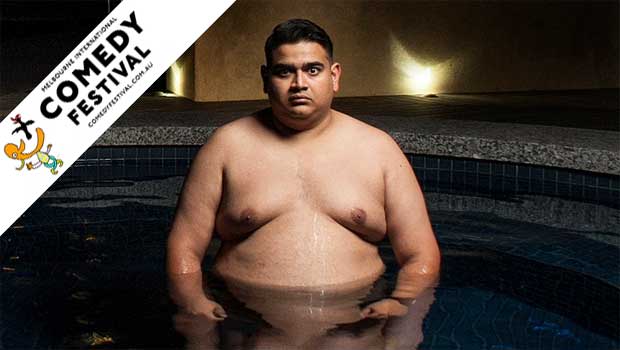 We caught up with comedian Dil Jayasinha who finished performing in Adelaide and will be unleashing his amazing new show at the 2016 Melbourne International Comedy Festival.

Welcome to Impulse Gamer Dil so what are you up too?

Thanks for having me man and I’ve been travelling a fair bit with my comedy and living the dream so to speak. I was recently in Adelaide and was trying to learn public transport system and living out of a suitcase instead of cupboard in Melbourne which is my home. 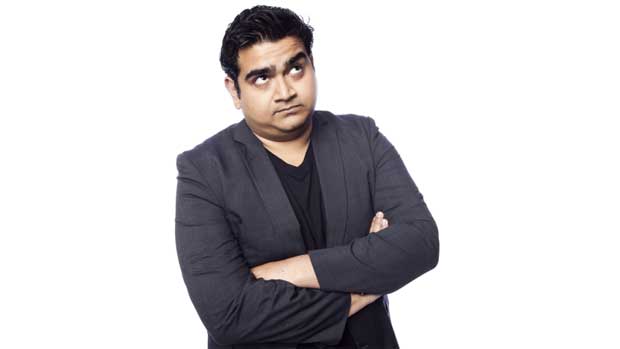 Do you find there is a big difference between the Adelaide Fringe and the Melbourne International Comedy Festival?

There is a huge difference, it’s massive! While the Fringe is happening in Adelaide, there’s a whole bunch of other stuff happening at the same time like the Adelaide Festival, WOMADelaide, the Clipsal Races and heaps of other things. So as a performer, you’re kind of competing against all those other people as well, whereas in Melbourne, it’s pretty much all about the Comedy Festival.

We’ve also heard you’re a bit of gamer Dil and also a Mortal Kombat acolyte that led to some personal injuries?

I’m a recovering gamer is how I put it <laugh>. As pretty much as small as I can remember, I’ve been playing video games back in Sri Lanka. I came to Australian 12-years ago and pretty much my entire Sri Lankan childhood was being surrounded by games. Our family couldn’t afford Nintendo but my cousins had it and going over to their house was the best thing in the world.

Mortal Kombat became a religion for us back there because we kind of followed it from the start and would be right into it. One particular time when I was playing with my brother, we were smashing the keyboard really hard and this is the days where the up and down arrows were used to control your characters <laugh>. So we’re smashing away at the keyboard and I was grinding my teeth as we’re playing and I did it a bit too much where I actually chipped the topped of my tooth. There was already a filling there and I was like “pause pause pause” and my brother was like “what’s wrong” and I had to clean the tooth out of my mouth and I was like “let’s go” <laugh>.

The other game I got really addicted to was Need for Speed on the PC and with the arrow keys being so close to the bottom of the keyboard, I was resting my wrist on the edge of the table for so long that it permanently bruised and I have this scar there. So all these injuries combined, I kind of decided that when I came to Australia I would not play video games anymore because I knew that if I got into it again I just can’t stop.

It’s one of those things where some people have the ability to play video games for a few hours and then do some work but I don’t have that ability in me to say enough <laugh>. I remember the worst game for me was The Sims, because unlike any other game there was no end to the level. At least when I was playing Half Life or whatever, I knew that once I got through this level, I could call it a break and start again tomorrow. Whereas in The Sims, there was never an end, you just kept on living <laugh> and I would go hours and hours of playing it. This is why I’ve put myself on a self-imposed gaming rehab but I did break that with Angry Birds. But I had to stop playing that because it was once again causing injuries <laugh>.

What happens when you walk past shops like EB Games or Gametraders?

It’s torture dude, it’s absolute torture because it’s still in me! I’ve come to a compromise that while I say that I don’t play games anymore… and this is really sad and hopefully you can emphasis with me but what I do, is go on YouTube and watch other people play. So I watch the gameplay through other people’s eyes and recently I watched the whole of Arkham Knight. I’m almost embarrassed to admit this but I’m hoping you’re going to appreciate the passion behind it. It’s literally me watching someone else play 8 hours of gameplay and I have the best time ever! I’m like “WHAT! You can launch from the Batmobile to the sky! Aww Man!” <laugh>. 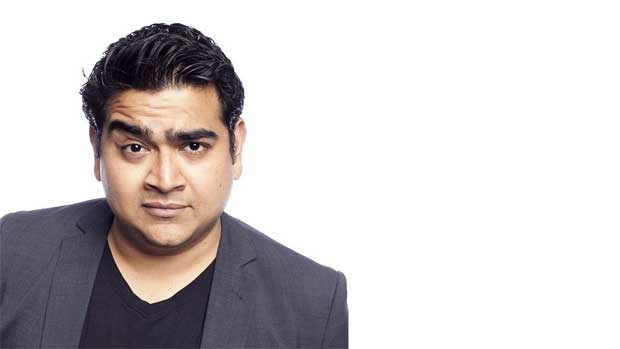 It’s a shame that you’ve stopped gaming because 2016 is the year of Virtual Reality Dil and we’ve got two headsets coming out for the PC and one of the PlayStation 4. There’s also the Samsung Gear VR which was released last year that’s also amazing!

Oh… don’t forget to get to PAX AUS in Melbourne later this year too because you can play all the latest releases there too!

So what can we expect about your new show in Melbourne Dil?

The show is called Sri Wanka which is more about me than the country. It’s also about all the dumb shit that I do like all the trouble I get myself in. The gaming analogy is a good one because with all the stuff in my life, I don’t realise how much I get into something and how much of an issue it is before it becomes a problem.

It was not until I started seeing broken teeth and bruises that I thought “maybe gaming is a bit much for me” <laugh>. So in real-life, I’m quite a big guy so I talk a bit about how even with my weight, I’ve let myself get this big which is similar to gaming. I don’t realise it’s an issue until it becomes a problem. I know that sounds like a very depressing pitch for a stand-up show but trust me, it’s pretty funny I’m supposed to be pitching this show to you and I’m telling you how sad my life is <laugh>.

Are you hoping to see some of the other comedians at the Festival here in Melbourne?

Before I became a stand-up comedian myself, I was a comedy nerd and I still am. The last year when I was at the Melbourne International Comedy Festival and wasn’t a performer myself, I had to buy every ticket and spent over $700. That was pretty much on average how much money I would spend on the Comedy Festival.

I love seeing live comedy and I’m so chuffed being able to part of something like this now so in Melbourne, I see heaps of people and try to fit in as much as possible. It’s like a kid going to Disney Land!

What’s been one performance that has stood out for you?

Even though I’m original from Sri Lanka, I’ve been living here for 12 years and only been doing comedy for 5 years now. Predominantly I’ve only played to white audiences but because the title of the show is Sri Wanka, there’s now a lot of Sri Lankans coming out to see the show which is quite fascinating.

There was this one night in Perth where the whole front row was Sri Lankan people and I could only see them because of how the lighting was setup. Inevitably and half way through the show my accent changed to how I would normally speak back home in Sri Lanka. Because when I’m over here, I speak with a slight exaggerated Aussie accent which is how I talk to my mates but if I talk to mum and dad, it’s a completely different accent.

I found that midway through that show in Perth and because all I could see were Sri Lankans, my accent actually became more like how I talk to mum and dad which was really bizarre. I think I realised how needy I actually am as I try to adapt to whoever is front of me rather than being true to who I am <laugh>. 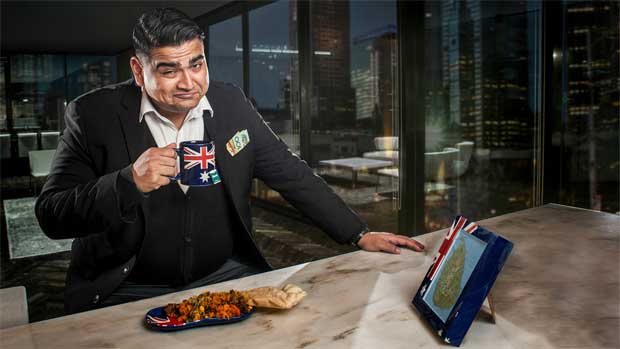 Given your Sri Lankan heritage Dil, have you found the Australian comedy scene welcoming?

Yes it has. In fact last year I did a show called Immigrateful which was all about my life here in Australia over the last 11-years. It was about how welcoming and loving everyone in Australia had been to me even though I’m a “foreigner”. You see stories in the paper, you see a lot of negativity towards asylum seekers and refugees and that’s all true and valid which is a shame because there’s a good portion of the population that is welcoming and really.

It’s so sad that not everyone is having the same experience that I had. I almost feel guilty because how good things have been for me and people have literally welcomed me into their homes. I have friends in Australian who I have known for only 5 years who would at a drop of the hat, come out and help me no matter what the situation is. You can’t find that love you anywhere else which is unbelievable.

Also, it’s weird that there is this portion of the population that is in intolerant and unwelcoming to people from other countries which is quite sad. But for me personally, it’s been amazing and one example is for me being able to do stand-up comedy. There is no real comedy scene in Sri Lanka yet and I hope it gets to that point one day but performing stand-up has been a dream of mine which was something that Australia has been able to give to me.

So what were you doing before comedy Dil?

I was an accountant before I started doing comedy and to say the least, I had a boring job. I don’t want to be shitting on anyone being an account and I understand that some people enjoy it but it’s just not for me. So for me being able to go from something I disliked to a passion, I’m almost insufferable to be around because I’m so happy.

You almost look at me and think “no one should be that happy to be doing their job” but I am <laugh>. I also think of someone like Tony Hawk and the number of people who told him don’t waste your time skateboarding because you’re never going to become anything as you ride along on a wooden board with wheels but now he’s a millionaire because of it.

If you could sum up your new show in a Twitter message, what would it be?

That’s a very good question and I wish I had an answer for it straight away <laugh>. Okay, in 140 characters, I would say “An hour of sum of the funniest dumb shit that I’ve done” <laugh>.