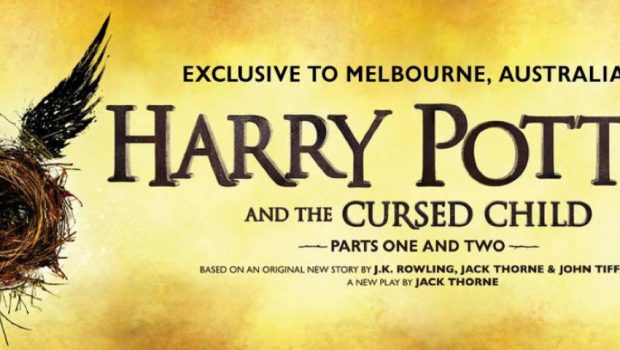 DIGITAL LOTTERY LAUNCHES THIS WEEK $40 TICKETS AVAILABLE FOR EVERY PERFORMANCE

From this Friday 11 January the Australian premiere production of Harry Potter and the Cursed Child will begin releasing 40 tickets for every performance of the play for $40 per part. These tickets are known as the “Friday Forty” and are for some of the best seats in the theatre. They will be released each Friday for the following week’s performances. Entries for the first Friday Forty are now open and close at 1:00PM AEDT on Friday 11 January.
The Friday Forty lottery is a tradition started by Harry Potter and the Cursed Child in London and adopted by the Broadway production. Producers Sonia Friedman and Colin Callender said: “It’s important to us that Cursed Child is as accessible as possible to all theatregoers. Tickets to the play can often sell quite far in advance. We’ve seen wonderful excitement in London and New York when theatregoers find out they’ve won tickets for the Friday Forty for the following week’s performances and only have to wait a few days to see the show. We’re thrilled to continue this initiative in Australia.”

TodayTix CEO and Co-Founder, Brian Fenty said: “The experience of seeing the magic and artistry of Cursed Child live, on the stage, is one everyone should have, and the Friday Forty makes that possible. In London and on Broadway, the astronomical excitement and social conversation between fans has created an even larger community around this phenomenon of a story, and we are thrilled to help grow that community into Australia.”
Theatregoers can enter the Friday Forty each Monday from 12:01AM AEDT until 1:00PM AEDT Friday for the following week’s performances. Entry is via the official website www.HarryPotterThePlay.com, TodayTix.com or the TodayTix App.

Winners will be notified between 1:00 PM AEDT and 5:00 PM AEDT each Friday and have an hour to complete their purchase. Winners pay $80 total ($40 per part) per person, securing a seat for both Part One and Part Two in consecutive performances the following week. Winners are able to purchase a maximum of two tickets for both Part One and Part Two in one transaction. Tickets can be collected from box office on the day of the performance. Multi-award-winning theatrical event Harry Potter and the Cursed Child opens exclusively at Melbourne’s newly renovated Princess Theatre with preview performances beginning next

The critically acclaimed production is one play presented in two parts, which are intended to be seen in order on the same day (matinee and evening) or on two consecutive evenings.