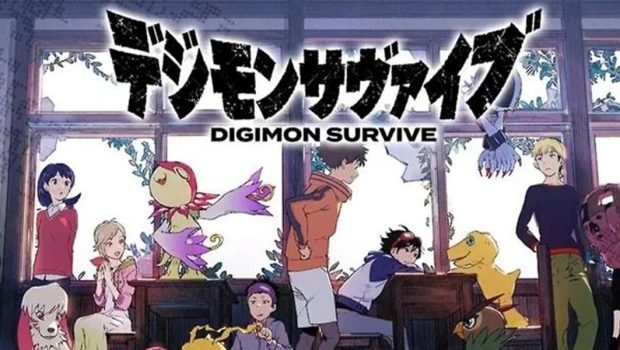 In the newly released trailer for DIGIMON SURVIVE players get their biggest peek yet at this upcoming hybrid visual novel and tactical RPG. In the game, players explore a mysterious but dangerous world, navigating between encounters with friends and foes, uncovering glitches and clues, and engaging in exciting battles.

The World Map will help players explore their surroundings, with lots of important interactions between Takuma, his friends and their Digimons. Choices will matter as they can have an impact not only on the story and the fate of some characters, but also on how some Digimon evolve.

Interactions will also prove useful in during Battle, as players will be able to encourage their Digimon to give them boosts and advantages, and try to talk to enemy Digimons with a chance to recruit them in their team. During these battles, positioning will be important to get an advantage, as well as the use of items and skill to survive in this mysterious world. Finally, Digivolutions will play an important role giving strong boosts to Digimons and turn the tide in battles.

DIGIMON SURVIVE will be released on July 29, 2022, on PlayStation 4, Xbox One, Nintendo Switch and PC. The game will be compatible with PlayStation 5 and Xbox Series X|S.