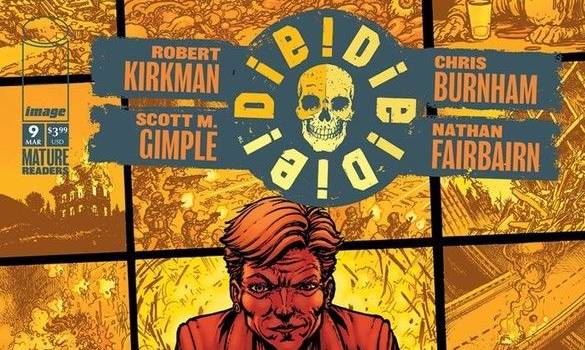 Summary: I got nothing.

A swarthy man gets punched in the stomach by various challengers, who all collapse from exhaustion as he carries on conversation with a much older man. There is some sort of global cabal in progress but it is hard to know what is going on and what stakes each of the characters have in this story.

Another one where you probably need to have read from earlier in the series as I did not know what was going on and did not know who was doing what or what the point of them was in the story.

Nice enough art and character designs in this one if you are already into the story and like the work of the artists involved.

Was trying too hard to be something it wasn’t, maybe this would have worked better as a graphic novel. Not sure about having something like this as a series.

Whatever they were trying to do here, I am not feeling it and such cannot recommend this at all.