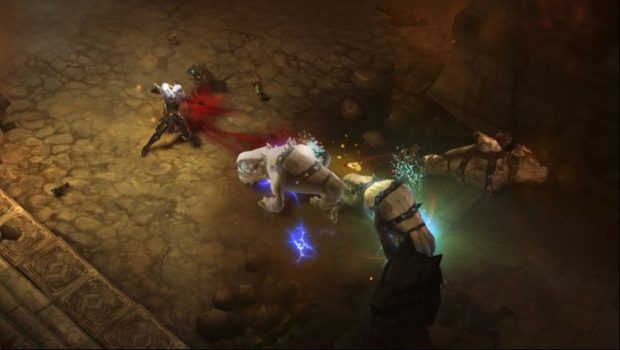 It’s been 20 years since the original heroes of Sanctuary—the Warrior, Rogue, and Sorcerer—first descended into the labyrinth beneath Tristram’s Cathedral. At BlizzCon 2016, the legacy of Diablo lives on! In the coming year, we’ll be celebrating the series’ legacy by releasing a thrilling assortment of updates to the acclaimed action role-playing game.

Diablo III will pay homage to its roots with a special 20th Anniversary Dungeon that will transport players to the dark and gritty labyrinth from the original Diablo. Diablo III also welcomes its newest playable hero—the Necromancer!

20th Anniversary Dungeon: The original Diablo labyrinth is back in Diablo III form

o             Nostalgia Can Be Deadly: Recreated the events, monsters, and levels from the original Diablo.

The Necromancer: Wield the power of the dead with Diablo III’s newest playable hero class

o             Necromantic Sets and Legendaries: The Necromancer will be able to collect many rare treasures of unearthly power, including new Legendaries and Set items.

o             Shrouded Moors: This harsh, inhospitable land has been abandoned for centuries. But something stirs within its perpetual fog—as though a dark presence has taken hold.

o             Temple of the Firstborn: An ancient monument to the earliest nephalem. The temple is hidden beneath the surface of Sanctuary, where it has escaped the notice of most mortals.

Seasons Coming to Console: Console and PC Seasons will align in Season 10

o             Console Seasons will include the Season Journey, Leaderboards, and all rewards and cosmetics.