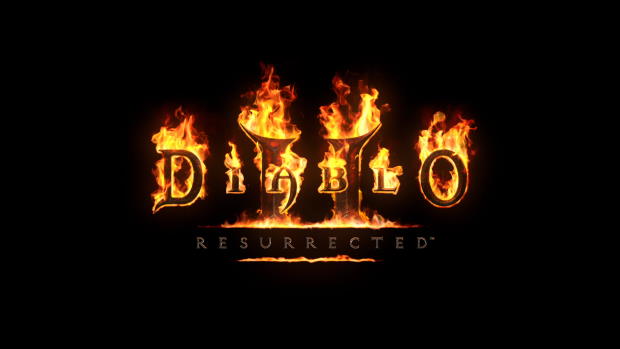 Summary: Diablo II gets a facelift and is let loose on modern systems.

I could have sworn I had played Diablo II back in the day but it turns out I only ever played the original Diablo. I can say that is more than enough to prepare anyone for Diablo II Resurrected and this is a good excuse to finally play the second in the series.

The visuals are certainly a good place to start in terms of what has been given an upgrade. The opening cinematic is just as evocative as the original Diablo’s cinematic (I have vague memories of a crow or some such black bird pecking at something and being very impressed with the animation). The visuals are crisp and vibrant, it would be quite easy to imagine unlocking all the movies in the game and then sitting back once the game is complete and watching them as a stand alone cinematic experience. The opening here basically catches us up on what has happened since the original Diablo and sets the current events in motion. 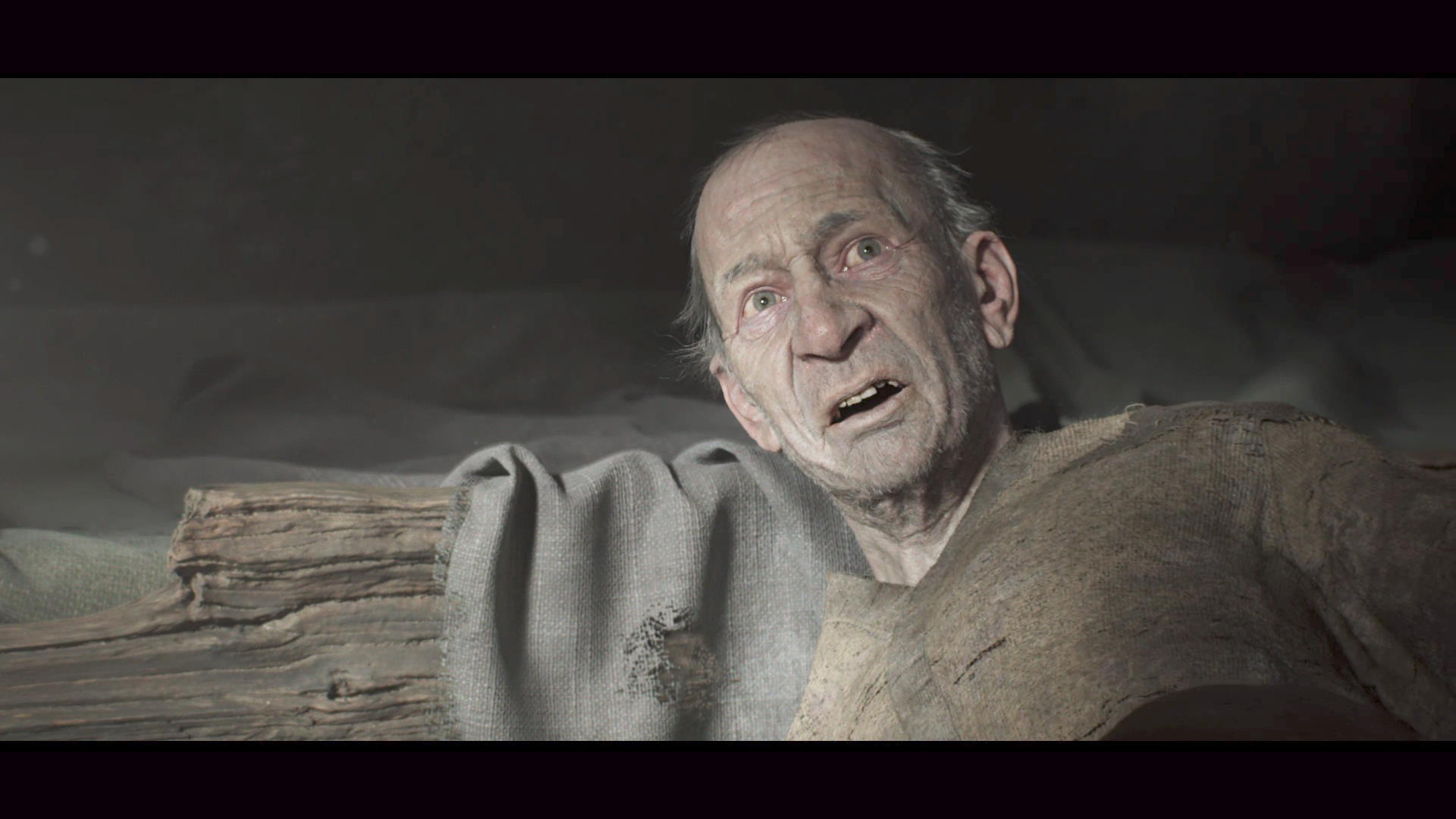 Before delving into any dungeons though, you need to select your class, there are seven to choose from and each has it’s strengths and weaknesses. My personal preference is for magic users whenever possible so I ventured forth as a sorceress. You then find yourself in the appropriately named Sanctuary from where you will head off on your adventures, covering four distinct landscapes all to track down the Demon Lord Diablo. Your first few levels are really just to get you used to the way things work… which is essentially left click for main attack, right click for special attack. But these early forays can be misleading, while it might seem you could play this game one handed (which is nice when you want to have a cup of tea in your “off” hand)… it won’t be long before you find you have to hover a finger or two over quick keys to replenish health or mana in the middle of a horde of enemies. 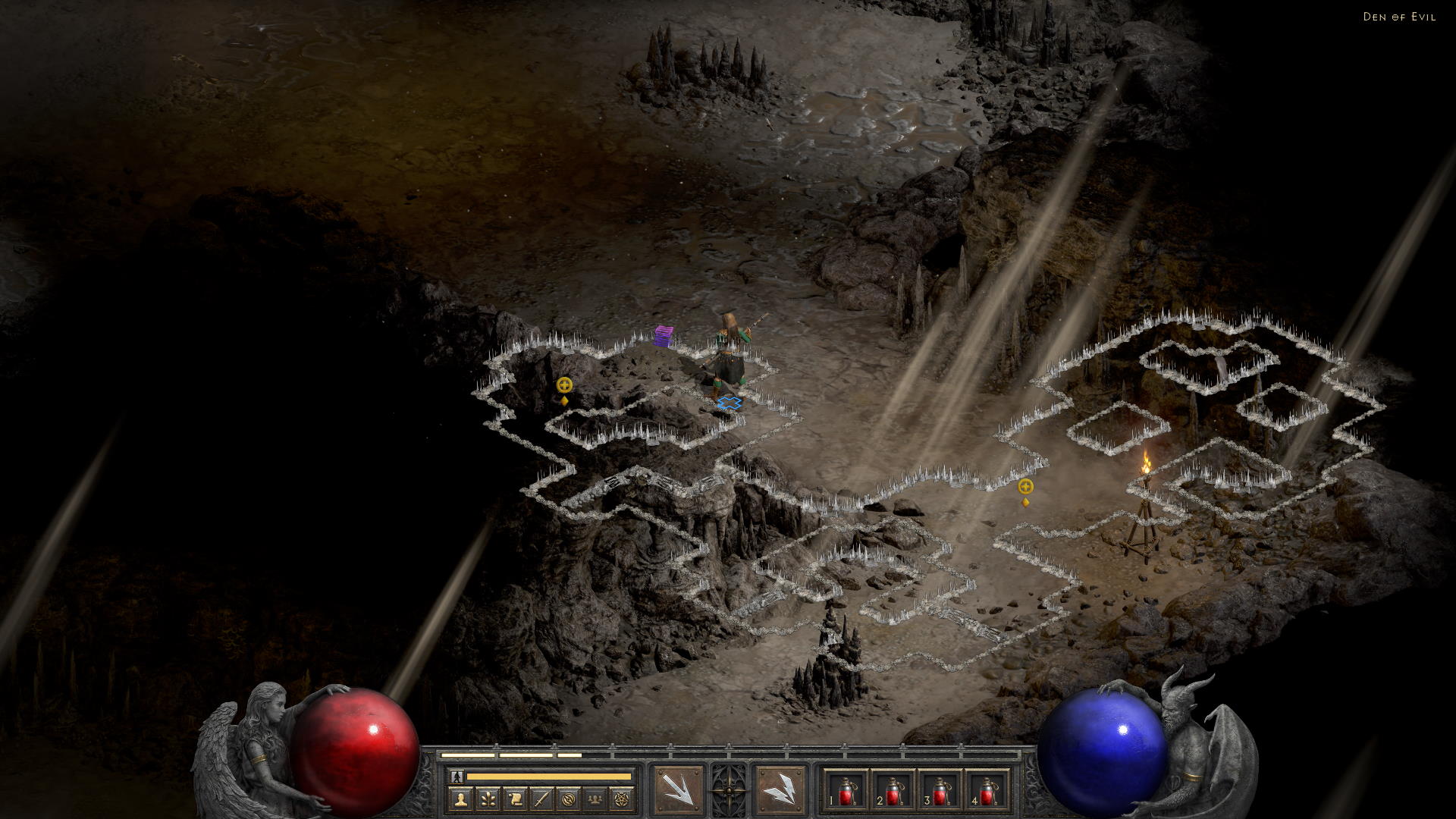 The gameplay is an area that arguably hasn’t really changed in this refresh… I mean online multiplayer is now a big aspect (no more lugging computers to friends places or community halls to hook up for a LAN game)… it is essentially a hack and slash clicker game. Though you can add another member to your party in single player mode… the AI is questionable and I found my hired help getting stuck many rooms away from where I was and mostly just being temporary distractions for the enemy before ending up dead. 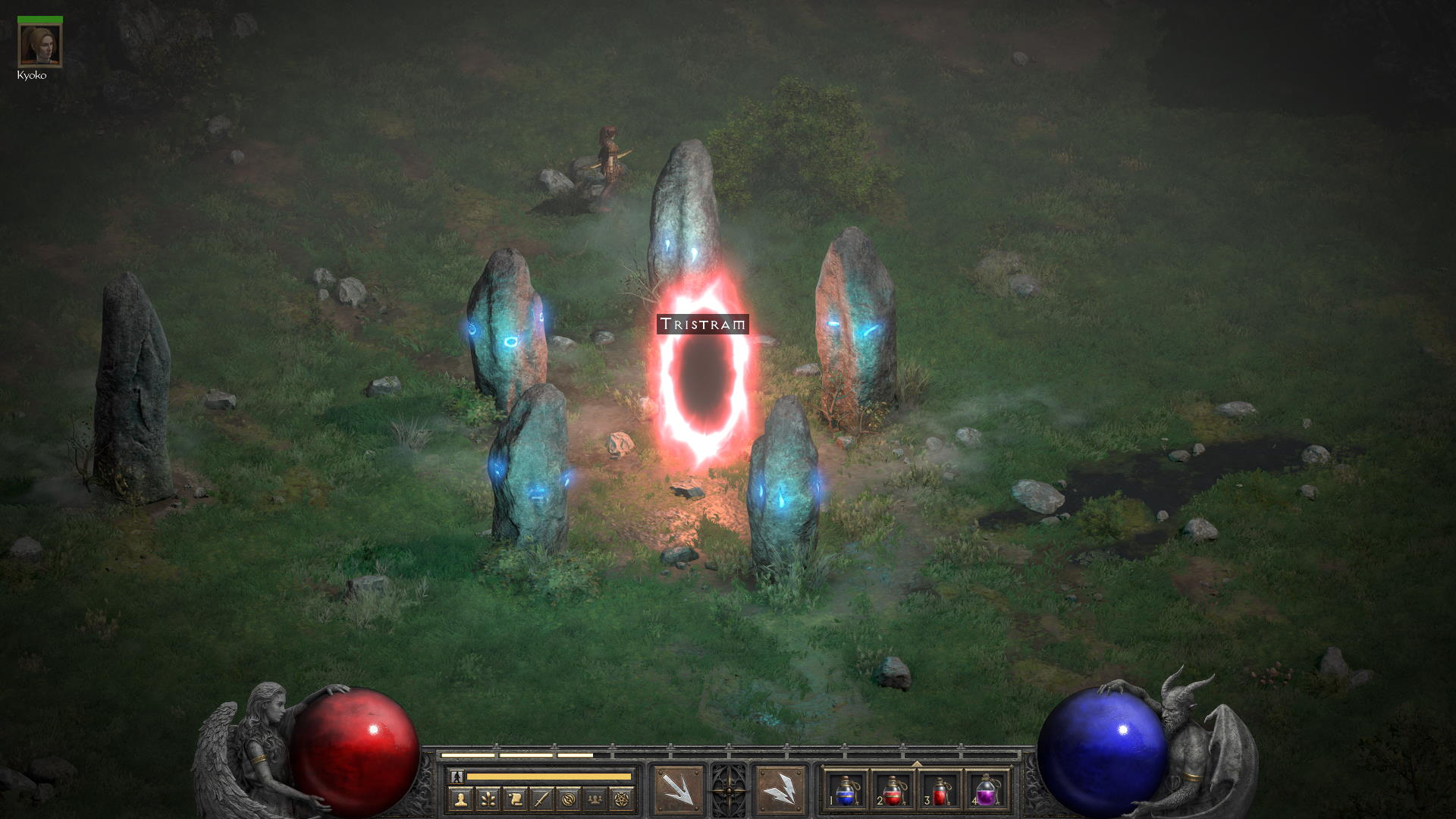 But ultimately I really enjoyed the nostalgic joy of returning to a world that I remembered from the original Diablo… sure the game mechanics are essentially unchanged (there’s no rotating the view, which can make it tricky to find all the loot unless you wave the cursor over everything in the hope it will be highlighted)… but I don’t know that they need much updating. Sure there’s no auto sort for your inventory but it’s not hard to get in and shift things about… once you learn/remember about spell books and how important it is to have a healthy collection of town portal spells, the fact that your inventory will fill within moments of entering the later dungeons isn’t much of an issue either (having a town portal open as soon as you enter a new area is a good idea in general because sometimes it can take a while to find the fast travel spot. 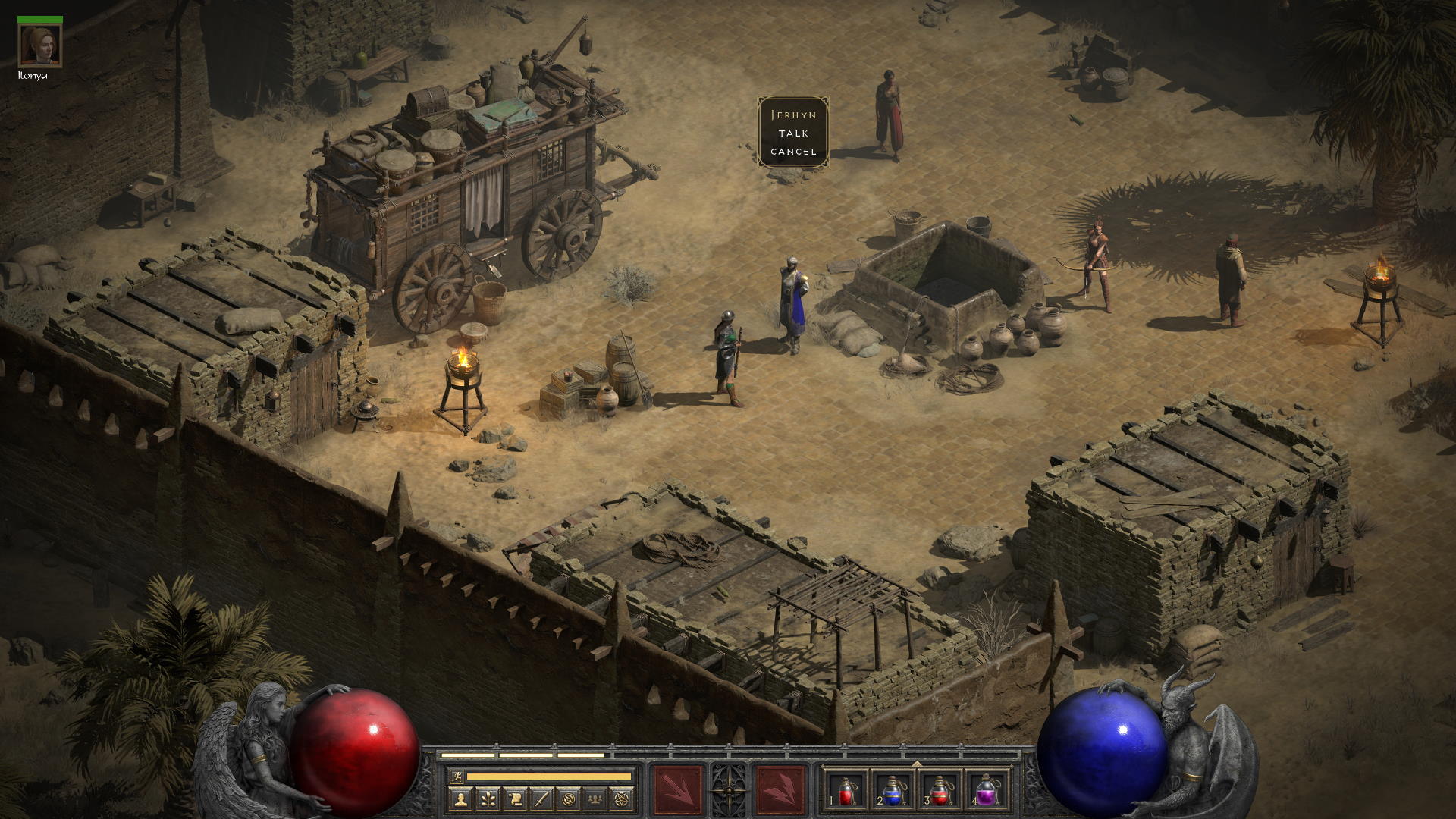 If you enjoyed the original Diablo or Diablo II when it first came out… this is a great way to play it on a modern system without having to jump into a DOS box or wrestle with other settings to get it to work. If you like the idea of a loot clicker then grab a copy because this is a great example of it. 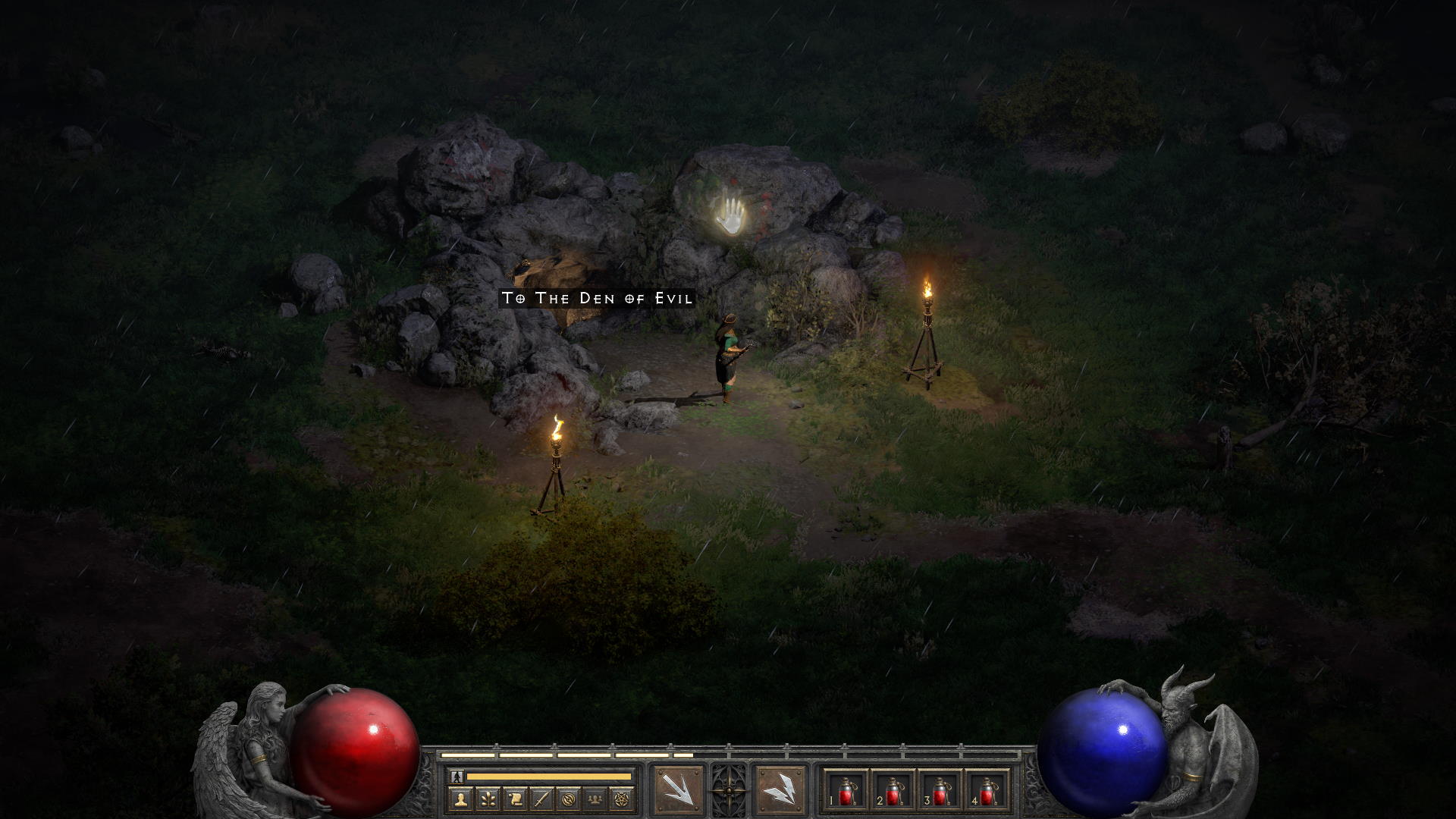