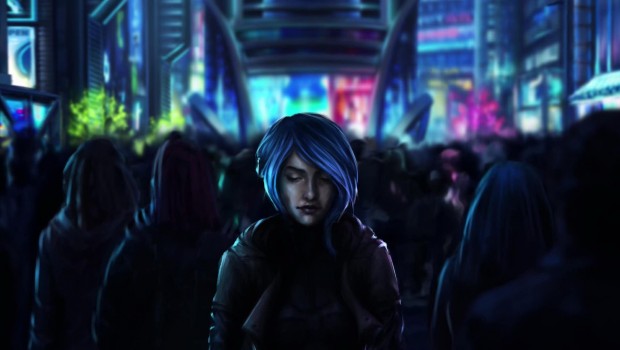 Summary: Dex conveys a sense of depth while remaining somewhat shallow; regardless, it is an enjoyable cyberpunk experience.

Every aspect of Dex seems charged with an energy, with a feeling, borrowed from other science fiction and cyberpunk work—not plagiarised, of course, but carefully crafted to sit as inter-textual references. Dex stands atop a many great shoulders, allowing its tight and concise narrative to tackle some of those staple questions of the genre: what does it mean to be human? What is too great a price to pay in the pursuit of (forced) evolution? And how awesome would it be if you could jump several metres into the air?

Drawing from this collective pool of thoughts and ideas—populated by such works as The Matrix and The Brothers Karamazov—means that Dex can feel a little basic or predictable at times. But small subversions and interesting twists on the expected provide a generally positive experience, which is also aided by the fact that Dex herself is a spunky, blue-haired pugilist and is an immediately sympathetic character. 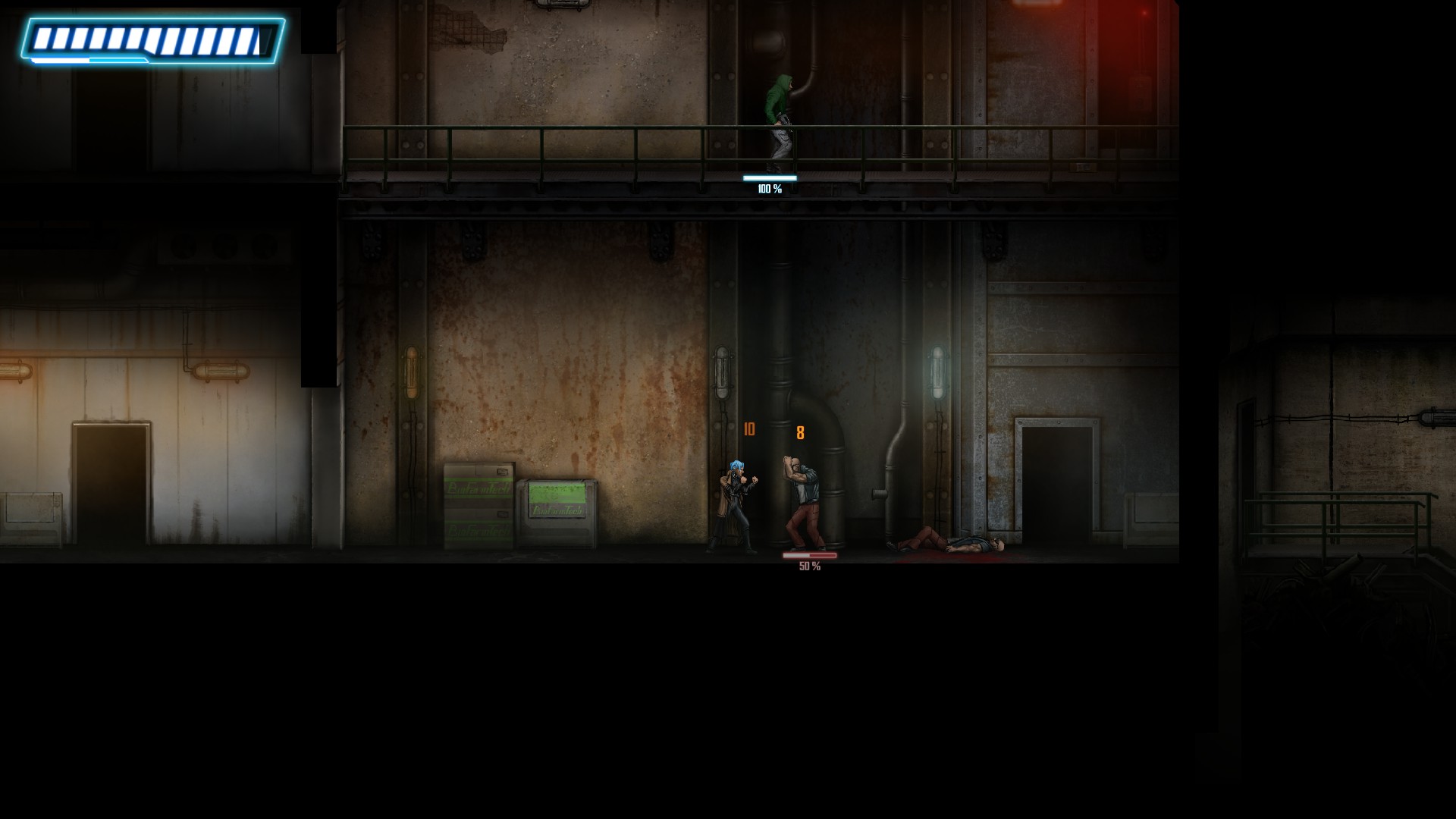 Dex’s quest—beginning abruptly, as heavily armed goons try to murder her—requires a variety of abilities, including hacking, lockpicking, and, of course, fighting. Hand-to-hand combat serves as the primary means conflict resolution and is, somehow, equal parts frustrating and badass. Although firearms are available (if a little pricey), punching and kicking people seems by far the most effective, especially with a few upgrades and augments. It’s simple: click repeatedly to perform combos, with some additional button presses to pull off particular moves once they’ve been unlocked. The trouble stems from the enemies—even when not totally outnumbered (which happens far too much), Dex still has to contend with enemies running away from her combos, using semi-unblockable moves on her, or just plain cheating by using guns.

As satisfying as it is beating people up, combat grows stale quickly. The difficulty ramps up a little too far when the armoured, stealth takedown-immune, assault rifle-carrying soldiers arrive, and the reused enemy models makes each encounter feel even more repetitious. Thankfully, enemies do not respawn; kicking a few before running back to the doctor is a recommended tactic whenever a rough patch arises. 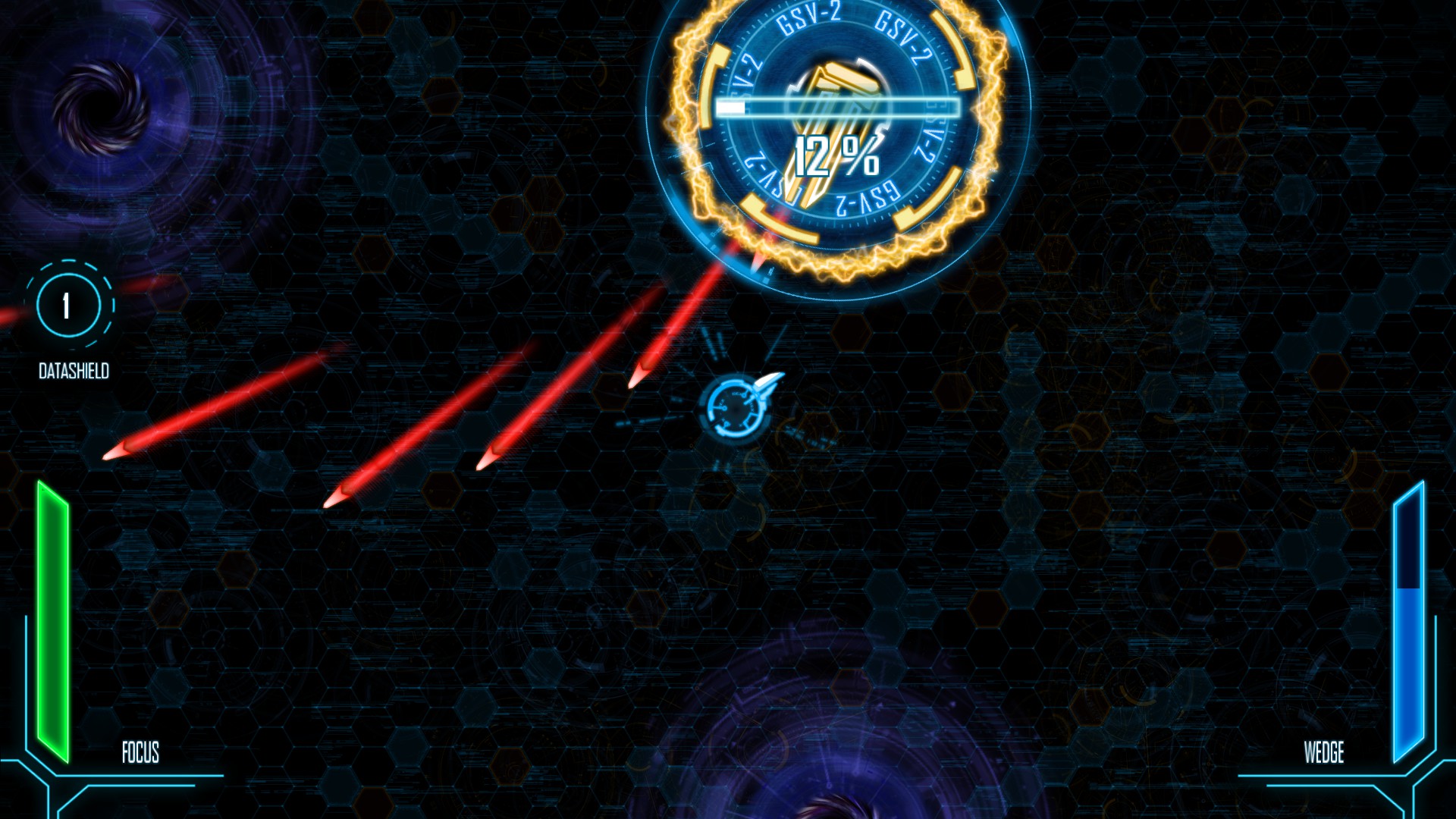 Worse is the hacking; while the first few times you poke around in cyberspace are novel, it quickly becomes stale. Dex is switched out for a little blue circle, exploring a sparse environment, shooting viruses, and stealing money and information. The concept is interesting and is certainly more captivating than a lot of videogame hacking minigames, but it is far too long; were each challenge shorter, this might be less of an issue.

Harbour Prime, the main location of Dex, is an interesting hub. Its various districts are all standard genre tropes: greasy Chinatown, decrepit slums, and sleek highrise apartments. It serves as a suitable hub, offering a lot of side quests—though completing the majority of these is necessary to keep up with the difficulty curve. Even with a prevailing sense of grey, the locations have a sense of style and life and that trademark flash of sci-fi neon. 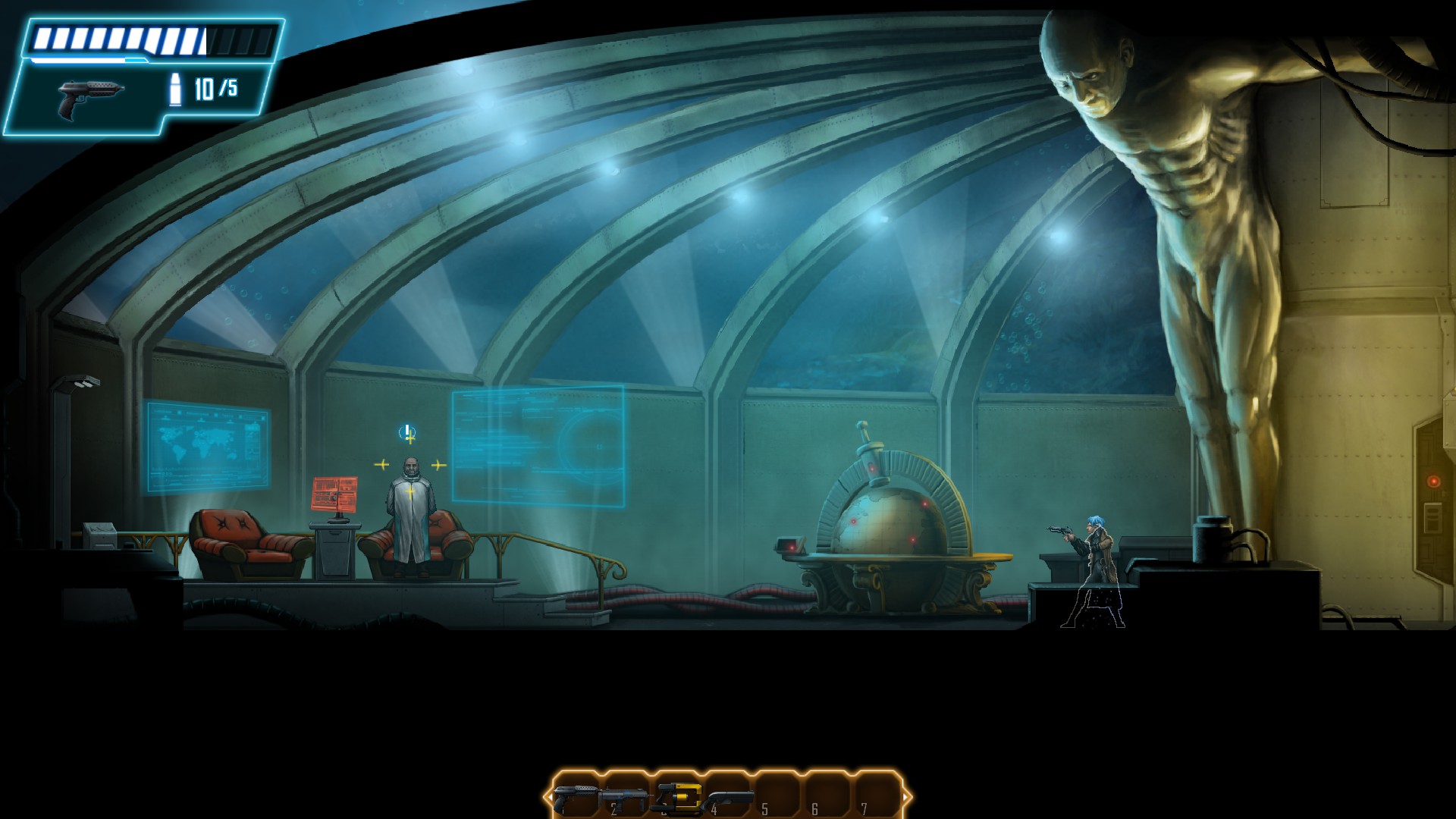 The voice acting is the standout for me; even in the handful of occasions where the writing is wonky, the characters sound organic and believable. One character has several lines that sound strangely delivered, until you realise that she’s deliberately putting on a peculiar voice to achieve a particular effect. Unfortunately, the vast majority of characters encountered are generic combat fodder and are therefore unvoiced, but each of the voiced NPCs has distinct, unique characterisation.

There were, unfortunately, a few occasions where I encountered glitches and bugs. Fast travelling while in an elevator had me clipped into a wall, and the sound was incredibly temperamental—I had only a handful of sound effects, no music, in much of the later stages of the game. These bumps were easily fixed with a quit and reload, but each interruption only served to exacerbate the other issues I encountered. 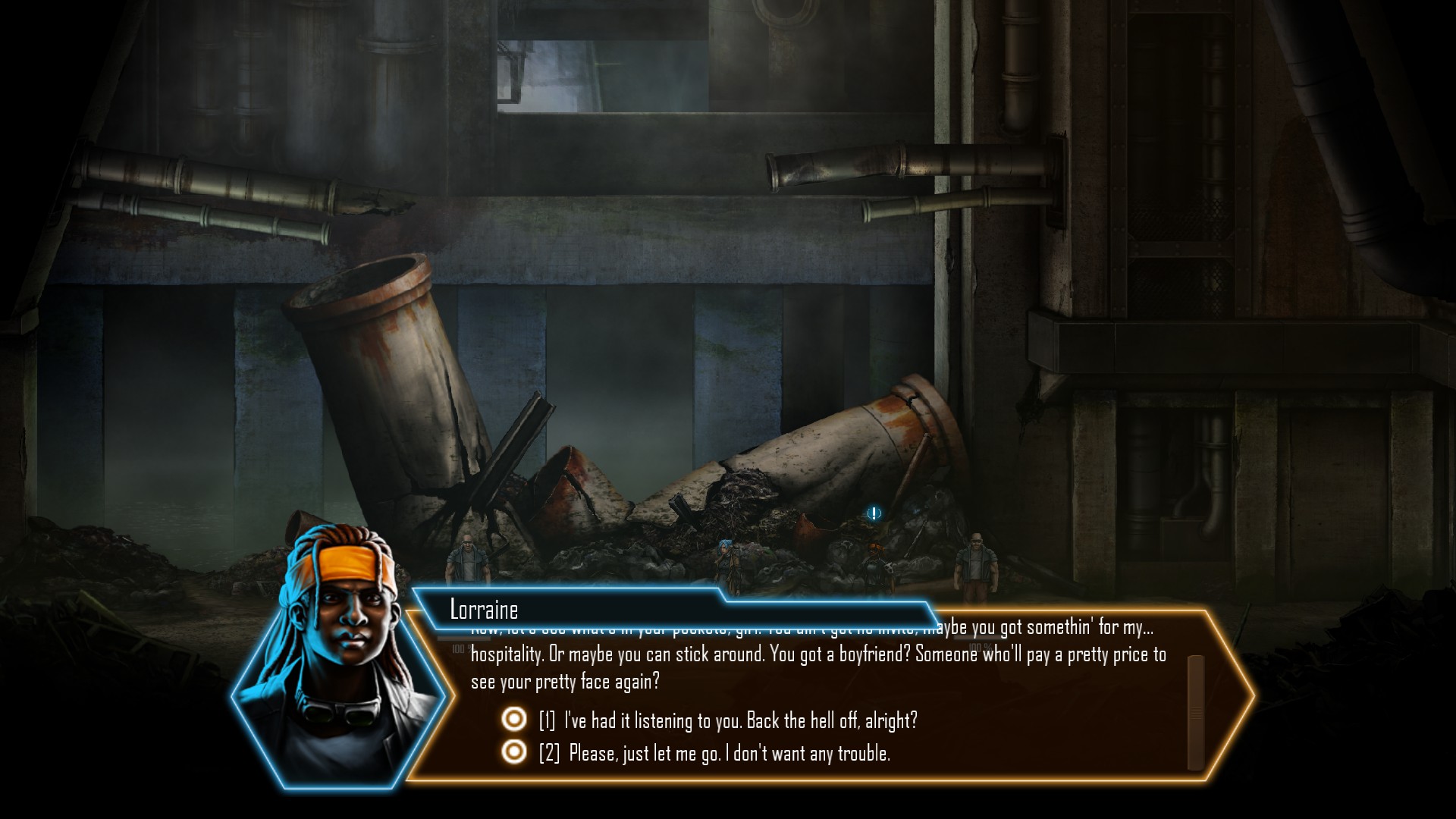 The finale of Dex, unfortunately, seems to suffer from the same poor execution as genre-sibling Deus Ex: Human Revolution. The final stages lack the satisfaction that comes with each narrative morsel prior to the ‘fake’ climax and denouement. It feels haphazard—a hasty attempt to tie up the loose ends—and leaves a single sour note lingering in the air. A disappointing ending movement like that can upset the entire game, but Dex does enough to remain worthwhile. It’s just unfortunate that the mini-climax is so powerful—the solid expectations established throughout the game are raised even higher, but are never quite reached.