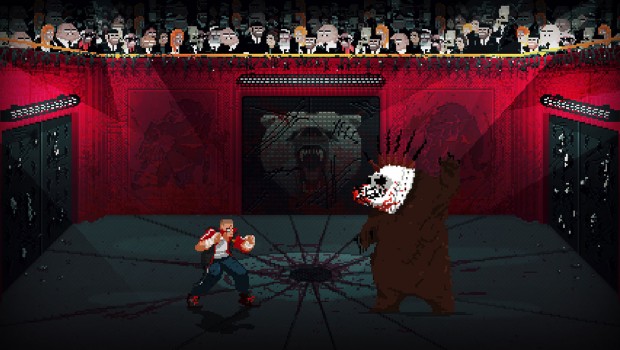 LOS ANGELES – JUNE 15, 2015 – Devolver Digital has added two astounding new games to its 2016 lineup of incredible indies, as just announced on stage at the Sony PlayStation E3 press conference. First up is the ruthless co-op face-smasher Mother Russia Bleeds from the dangerous folks at developer Le Cartel, as well as the gorgeous Norse-based action RPG EITR from the duo of centaurs at developer Eneme Entertainment.  Both games will launch on PC and PlayStation4 in 2016. Each title is being demo’d by appointment only in the Devolver Digital Lot of BBQ and Debauchery™ at this year’s E3.

About Mother Russia Bleeds: Mother Russia Bleeds is an ultra-violent co-op brawler overflowing with an unmistakable style and unforgettably brutal action for up to four players at once. Set in an alternate U.S.S.R, the story centers on a desperate crew of imprisoned street fighters that must overcome an oppressive criminal authority and crippling drug addictions through any means necessary. Battle solo or alongside friends locally and online in an exceptional story mode campaign or harden your resolve in a multitude of formidable challenge and versus modes. motherrussiableeds.com | @russiableeds