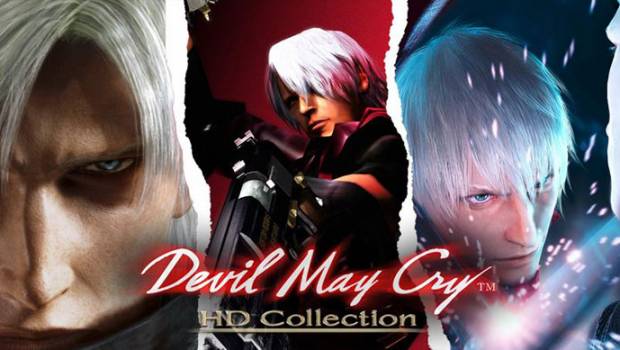 Summary: Coming back to the Devil May Cry series is kind of a bittersweet experience; the games are still relatively competently made and the first and third entries stand out as pinnacles of the Hack-n-Slash genre, but the overt lack of care that has been afforded to this collection makes me reticent to recommend it to all except those who possibly haven’t experienced the series yet and are curious to see what all the fuss is about.

If we’re being honest, I’ve never been the biggest fan of the Devil May Cry series; I picked up and voraciously devoured the first title, had my gaming tastebuds soured by the second and skipped the following two titles as a result, only coming back to the franchise with the release of the much maligned DMC reboot, of which I’m not ashamed to say I probably preferred over the original iterations. 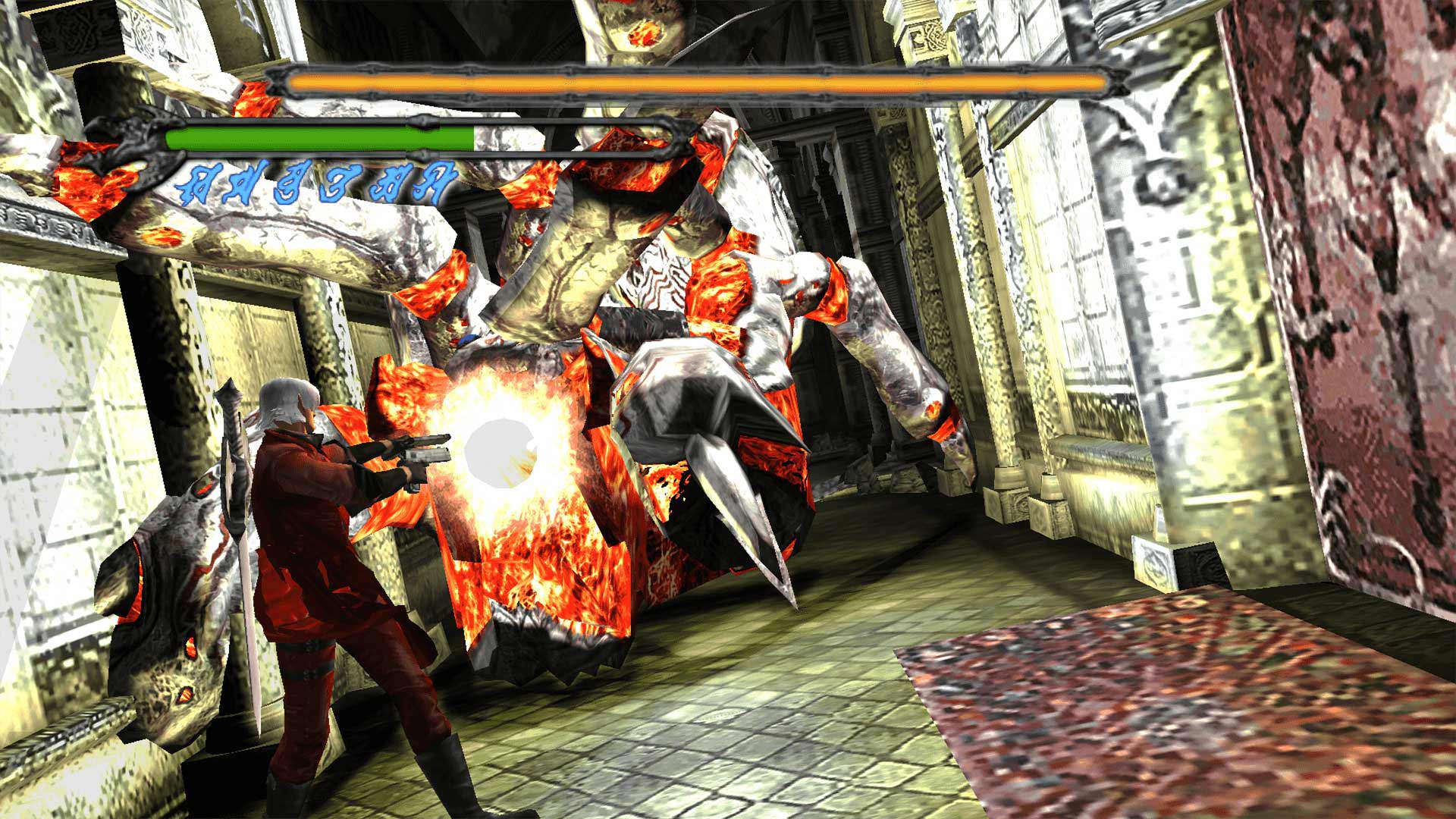 The first title is undeniably revolutionary, bringing the hack-n-slash genre to the attention of Western audiences and presenting an atmospheric action focused iteration on what was initially supposed to be an entry in the Resident Evil series.

I remember spending hours kicking asses and taking names back upon the game’s release and, even though the controls admittedly feel clunky when compared to modern titles, the core gameplay that made Devil May Cry such a standout hit is still very much an addictive romp through crowds of enemies… Even if it did take me a while to figure out how to shoot when on the ground, which necessitates holding a trigger button to aim unlike when you’re airborne and unloading clips into the faces of possessed marionettes. 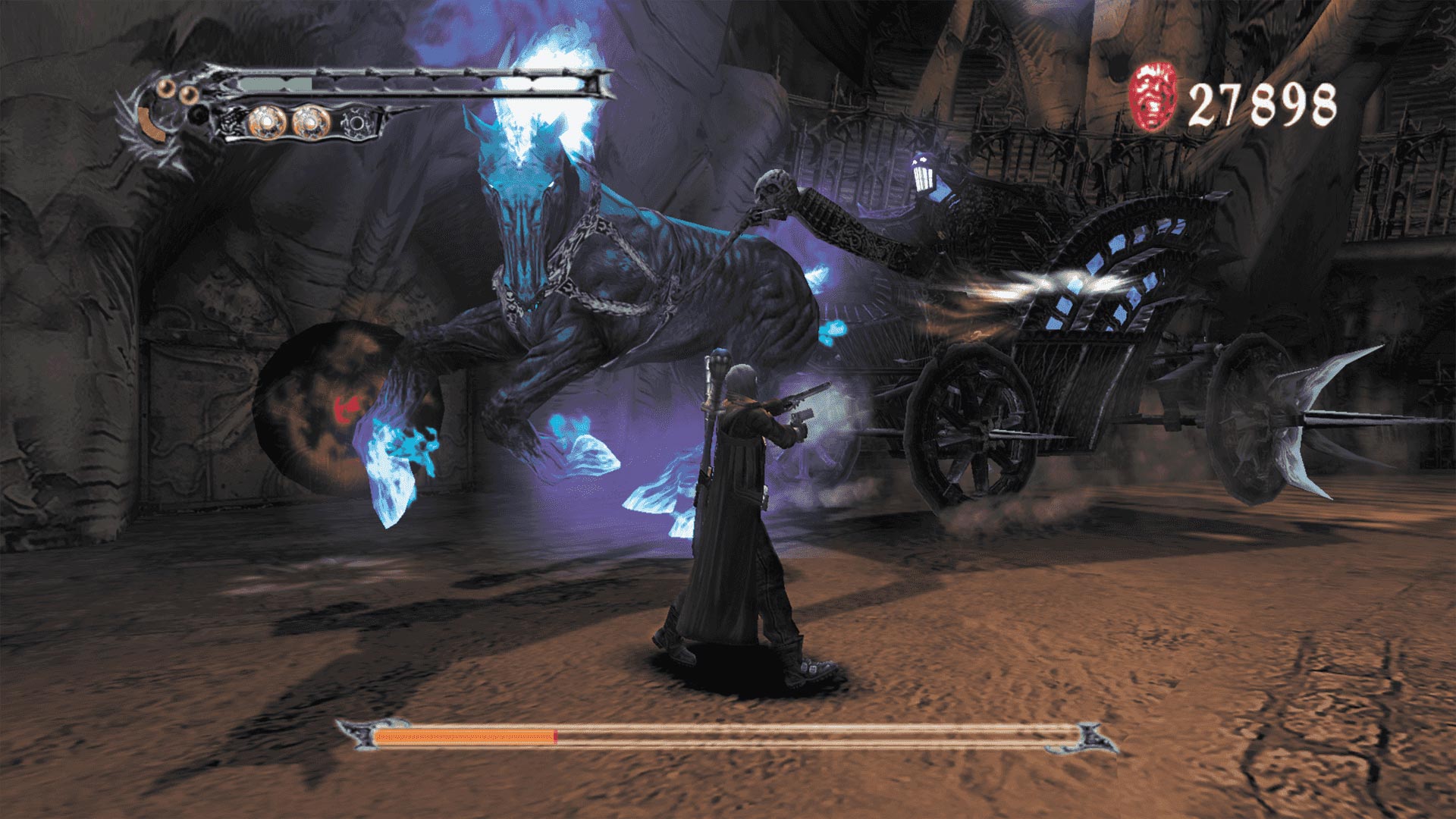 The plot is incredibly cheesy, as is to be expected given the timeframe of release, and Dante is an endearing and campy protagonist; coupled with the sublime ranked combat system, it’s no wonder that the title cemented itself as an instant classic when first released.

Then Devil May Cry 2 happened.

The combat feels sluggish, the story lacks the bombast and sly winks of the previous game and the difficulty is toned right down. Developed without the input of Hideki Kamiya, the second entry in the series fell drastically short of expectations and remains a slog to play through to this day. While I do appreciate the addition of Lucia and her subtly different playstyle, the fact remains that this game was a steaming pile of disappointment. 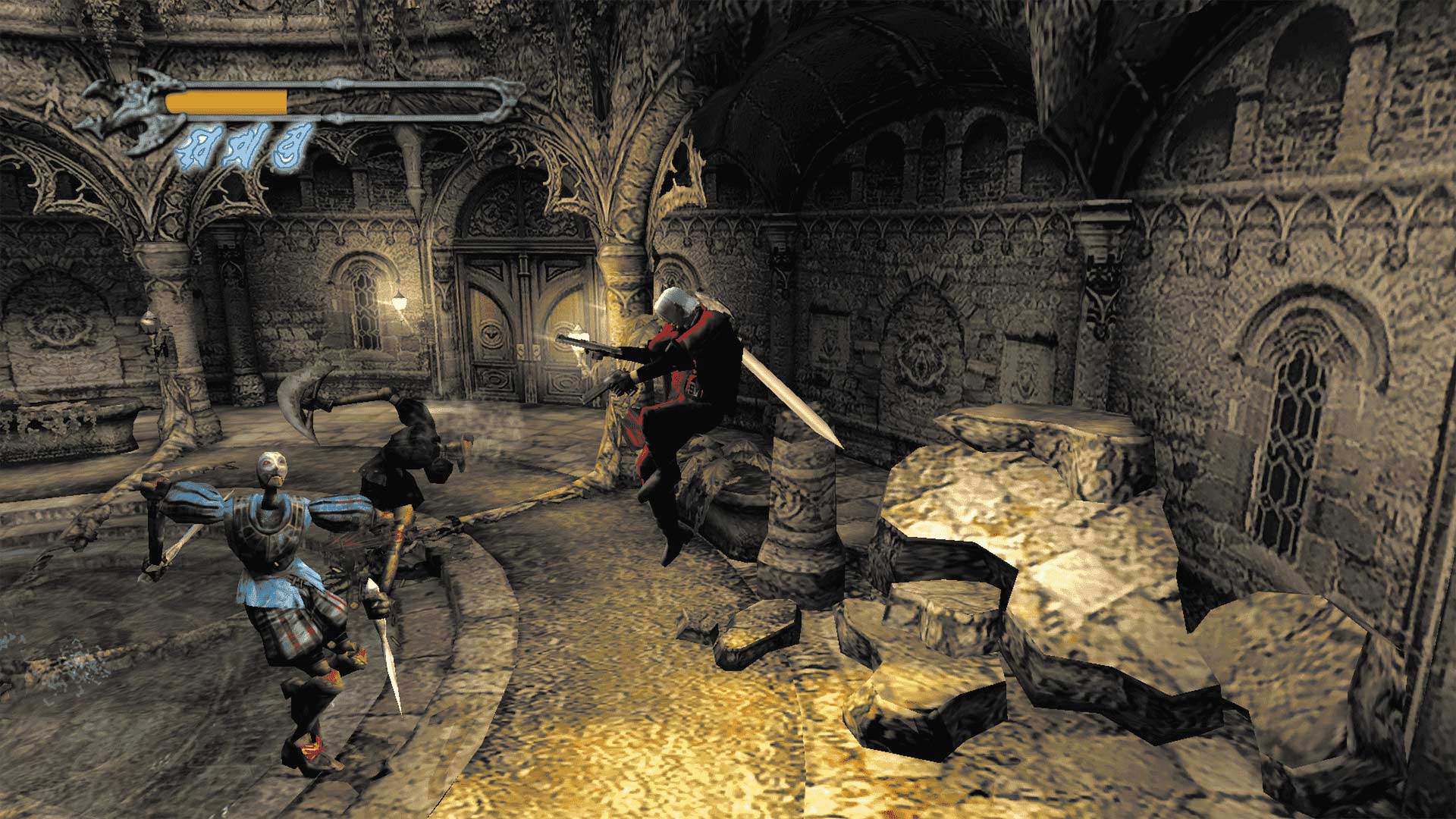 Thankfully Devil May Cry 3 rectifies many of the issues found in the second game, which is commendable considering it was developed by the same team who produced that lacklustre effort. I was pleasantly surprised, considering this as actually my first time with the game, and would even go so far as to say the third entry is easily the pinnacle of the titles available in this HD collection.

But folks have waxed lyrical about the merits and detrimental elements of the series for years and I’m sure what most want to know is if this collection is a noticeable step-up from the PS3 version. 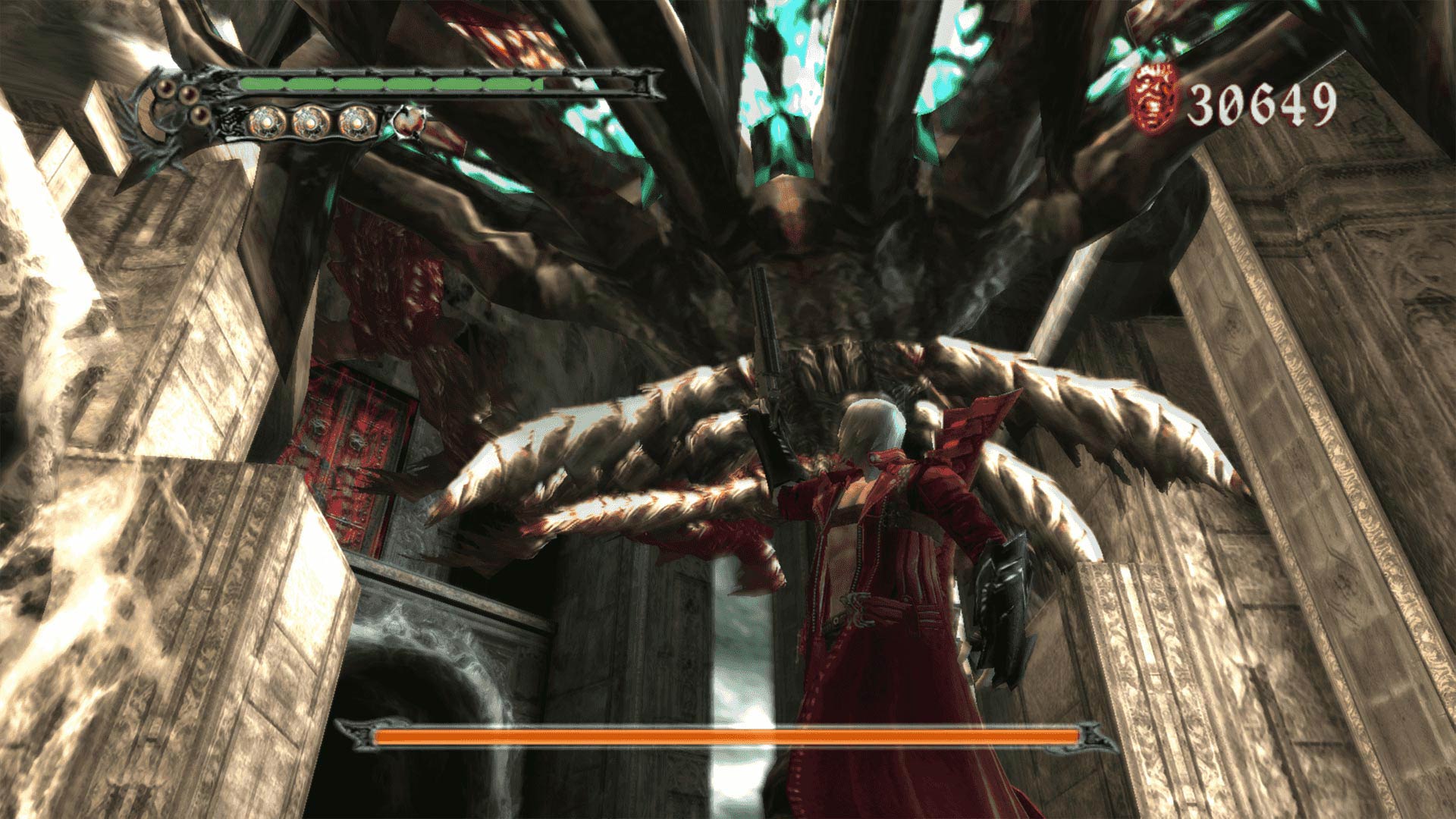 Nope. Basically what we have here is a direct port of that collection from six years ago, with a few minor tweaks such as the ability to actually quit back to the main menu and select another title once you’ve booted up one of the game and a resolution upgrade to 1080p. That’s pretty much it, as far as I can tell and, considering the pedigree of the series, it just smacks of being a cheap cash-in for Capcom.

I mean, sure, if you don’t own the PS3 collection or just want to play on your PS4 with slighter crisper visuals, then by all means this is still a banging collection with two awesome, genre defining games and well worth a look. 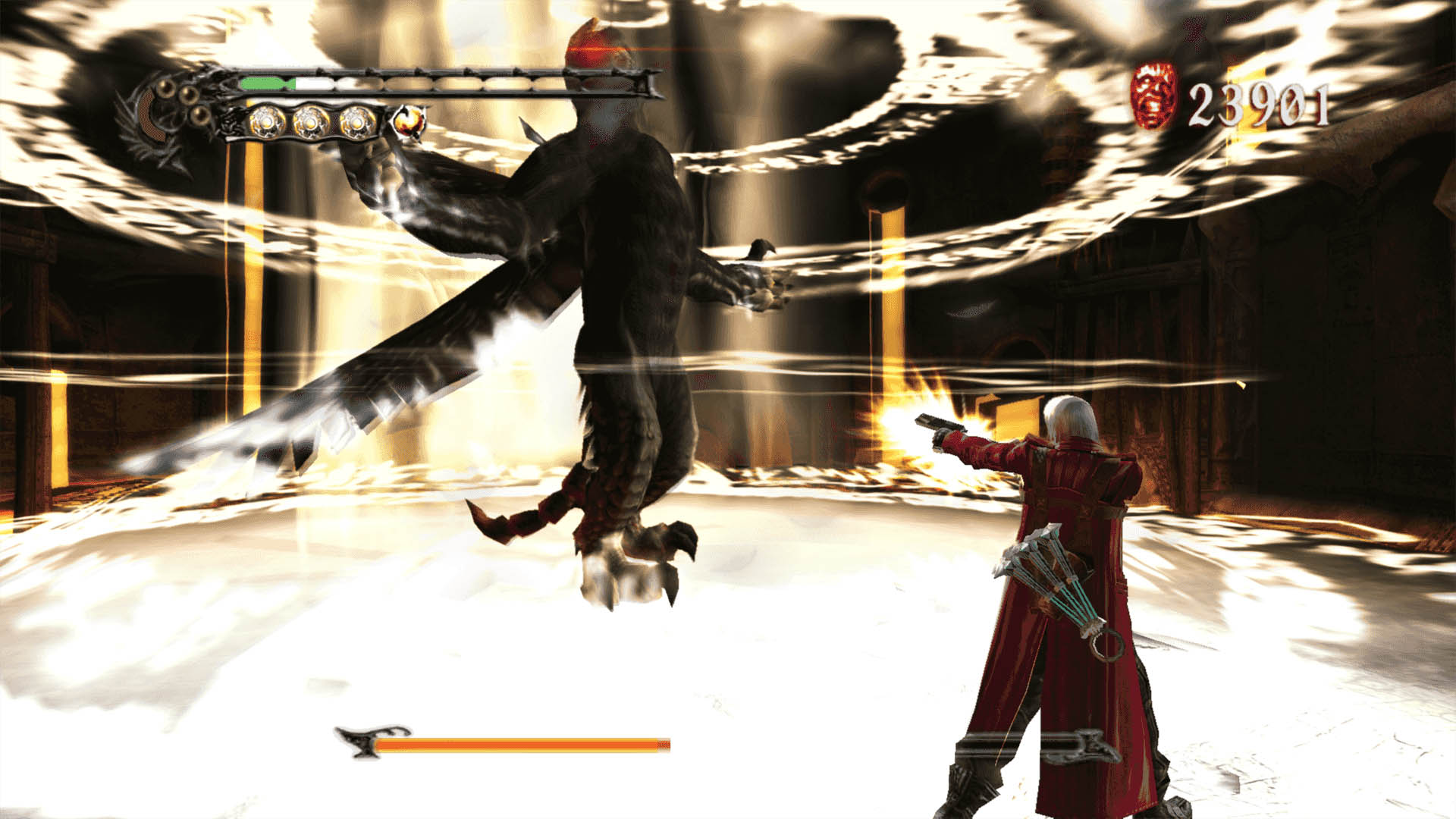 If you’re expecting more than just a cursory touch-up, however, then the DMC HD Collection will simply be another case of missed potential; I know that I for one would eagerly lap up a remastered DMC title done in the same mould as RE:Make.

Coming back to the Devil May Cry series is kind of a bittersweet experience; the games are still relatively competently made and the first and third entries stand out as pinnacles of the Hack-n-Slash genre, but the overt lack of care that has been afforded to this collection makes me reticent to recommend it to all except those who possibly haven’t experienced the series yet and are curious to see what all the fuss is about. 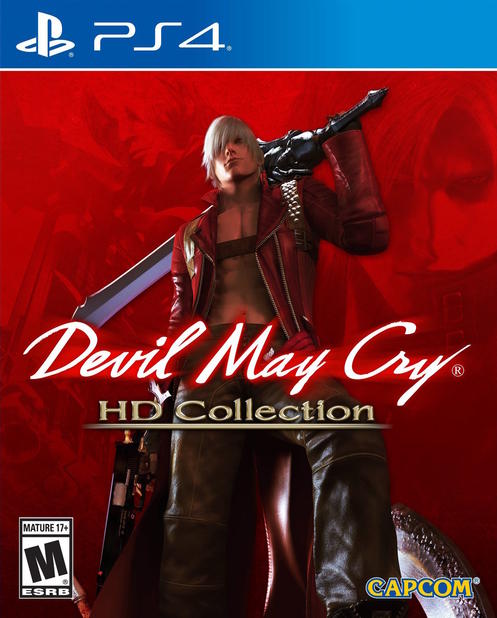