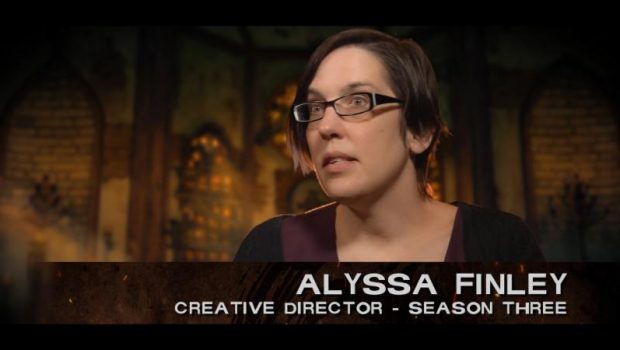 Developers Discuss Most Harrowing Choices of ‘The Walking Dead: The Telltale Series – A New Frontier’ Ahead of Upcoming Season Finale

Today we can share our season recap trailer for the critically-acclaimed The Walking Dead: The Telltale Series – A New Frontier. As fans gear up for the finale, find out how they handled some of this season’s most gripping choices, and hear insights into the seasons’ emotional core from the developers themselves. Please click the YouTube thumbnail above to view the trailer, or download the trailer directly from the links above.

Beginning Tuesday, May 30th, players can download Episode 5: ‘From the Gallows’ on PlayStation 4, Xbox One, PC/Steam, iOS, and Android-based devices. The episode will also download for all users of the special Season Pass disc for consoles, which includes the critically acclaimed two-part premiere, and grants access to all subsequent episodes in the five-episode season as they become available for download.

The two-part premiere of The Walking Dead: The Telltale Series – A New Frontier launched to widespread critical acclaim. In their review of the premiere, IGN.com said that, “Smart characterization and writing for Javi and his family, plus the return of Clementine, add weight to a largely unfamiliar but already engaging new frontier that I can’t wait to continue to explore,” adding that its “uncharted territory feels familiar and, excitingly, fresh.”

GamesRadar said that A New Frontier, “demonstrates the resonant power of interactive storytelling,” and that it, “finds the right balance between rewarding longtime players who’ve shaped their own version of the story and welcoming those who might be hopping aboard this grim adventure for the first time.”

Game Informer said the two-part premiere has, “shocking deaths, intense betrayals, and split-second decisions to second-guess,” claiming that “everything leads up to a hell of a cliffhanger, making me intrigued to see what happens next.”

The Walking Dead: The Telltale Series – A New Frontier Episode 5: ‘From the Gallows’ is rated ‘M’ (Mature) for Blood and Gore, Intense Violence, and Strong Language by the ESRB. Future content in the season is yet to be rated.