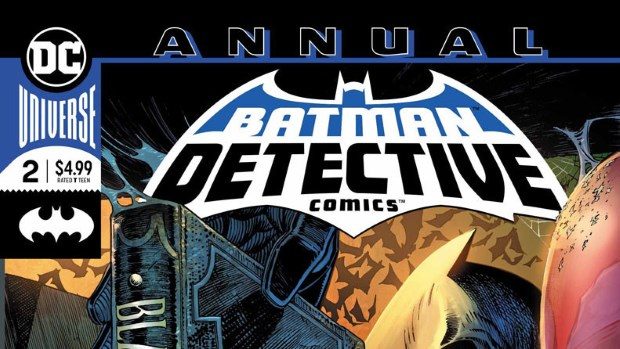 Summary: Batman shows why you should never forget the past as you may encounter the same situation again... or the same villain.

The Black Casebook is Batman’s collection of unsolved cases, essentially his version of “cold cases”… crimes and mysteries he didn’t manage to solve at the time. When a case from his past re-opens itself, Batman will have to pick up where he last left off in an attempt to solve the case once and for all. 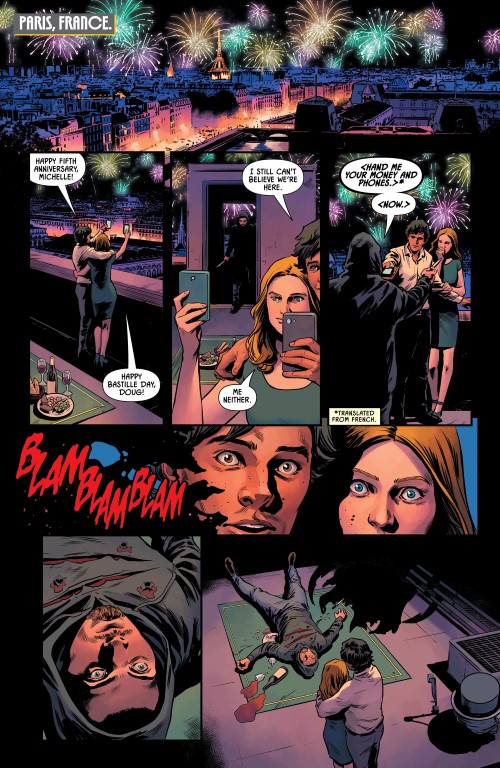 The concept of the Black Casebook itself is fantastic. It is a testament to the progression of Batman as a character, a list of his “failures”, the cases he couldn’t solve at the time. But much like real detectives, no case is ever really closed until it’s solved, all it needs is a fresh lead to follow. The trouble for Batman is that the fresh lead to follow is a deadly foe that will challenge the caped crusader and push him to his limits. Overall the writing is captivating and a brilliant exploration of Batman’s past and how that informs his future… but I did find the exposition Batman uses to describe the Black Casebook a bit clunky as if he is describing himself in the third person or something… but it’s literally one piece of dialogue out of the whole comic so it’s easy to look past. 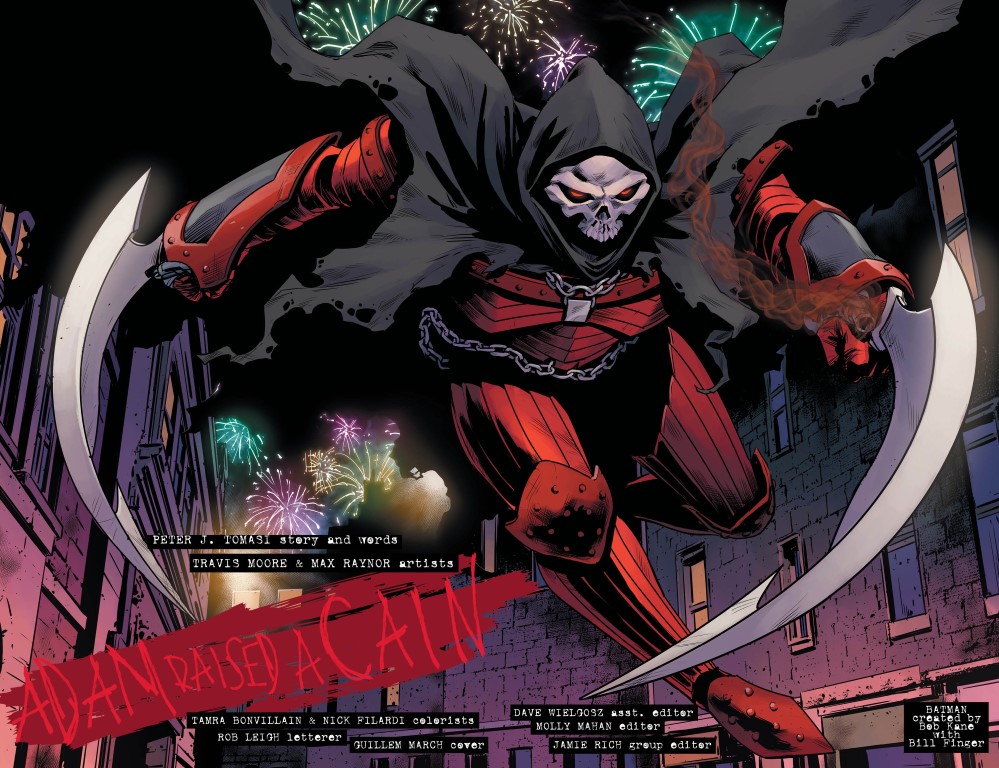 It must be fun to draw a character like Batman. Someone who is larger than life and prone to some very dramatic poses. Travis Moore and Max Raynor have done a great job filling the pages with iconic frames but also adding some extra visuals that we see less often (Bruce Wayne nervously in the passenger seat). The action scenes are nice and clean too, I’ve read a few comics recently in which the action scenes become a big mess of motion and it’s hard to tell what’s going on. The art here whilst being full of action and detail, is easy to follow and see what is happening, you don’t get lost in the visuals so I highly applaud the artists for that. 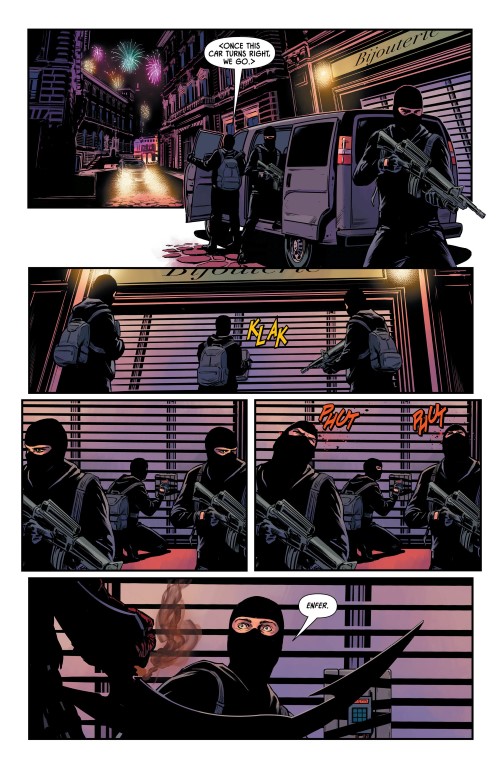 Though this is clearly part of a larger story, it works quite well as a self contained story too… there is a degree of resolution at the end that is open to the story continuing but not in a frustrating “cliff hanger” style that makes you feel unfulfilled. A dip into Batman’s past is always a welcome addition to these stories and helps flesh out the character in a way that points out his human failings whilst also showing why he is the greatest detective… no case is ever simply “give up” on… it’s simply waiting to be solved. A great read and a nice addition to the Batman library. 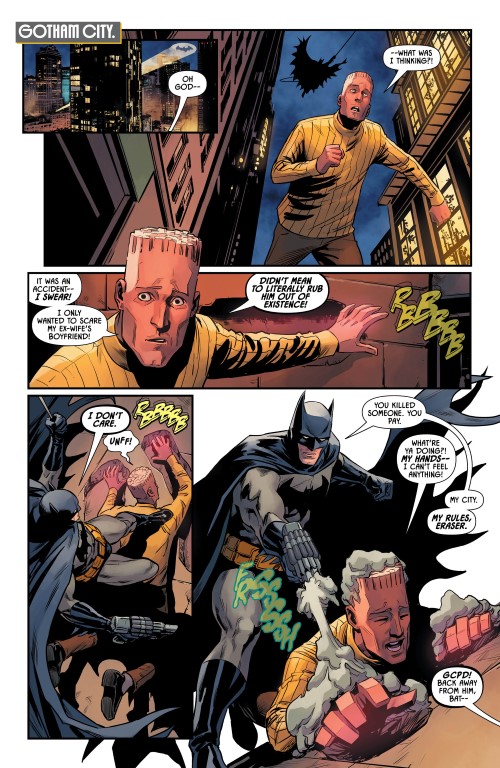