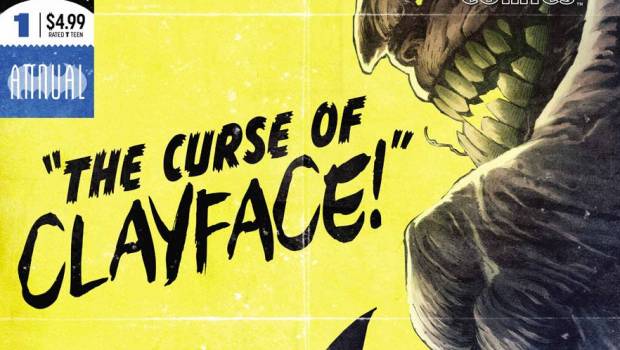 Summary: The actor's desire to show their true self brings the real monster to the surface.

The Batman foe for all thespians has their origin story told. Basil Karlo followed his father’s footsteps into acting, but that wasn’t the only thing he shared with is father, he also held a volatile force within that was just looking for a chance to show itself. Fate it would seem was determined to let that volatile force out and Basil finds himself bringing his most honest performance to an ever growing audience. 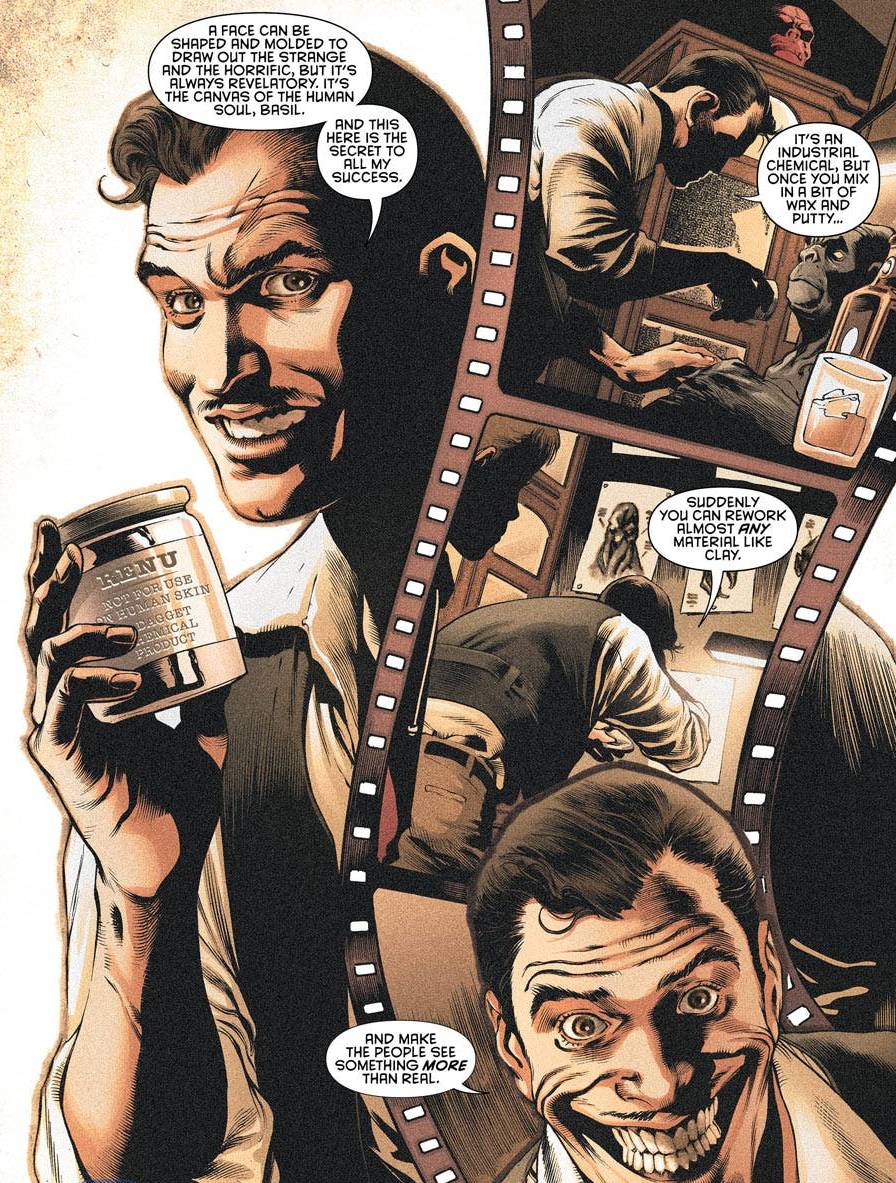 As a has been, would have been actor there are some story notes that hit home in Clayface’s origin story. The balance between character and actor, how much of the performer should be present in the character… when does the character start to take over the actor. Clayface also continues that common line in superhero comics of the masked and unmasked character and much like Batman himself asks which is the more real, the masked character or the figure without a mask? There is a certain degree of sadness imbued in Basil from the first few pages of this comic that set the tone for his life. Destined to follow his father into acting and having learnt his father’s “secret” to all his success, Basil manages to go well beyond where his father finished in his attempt to show his inner self. 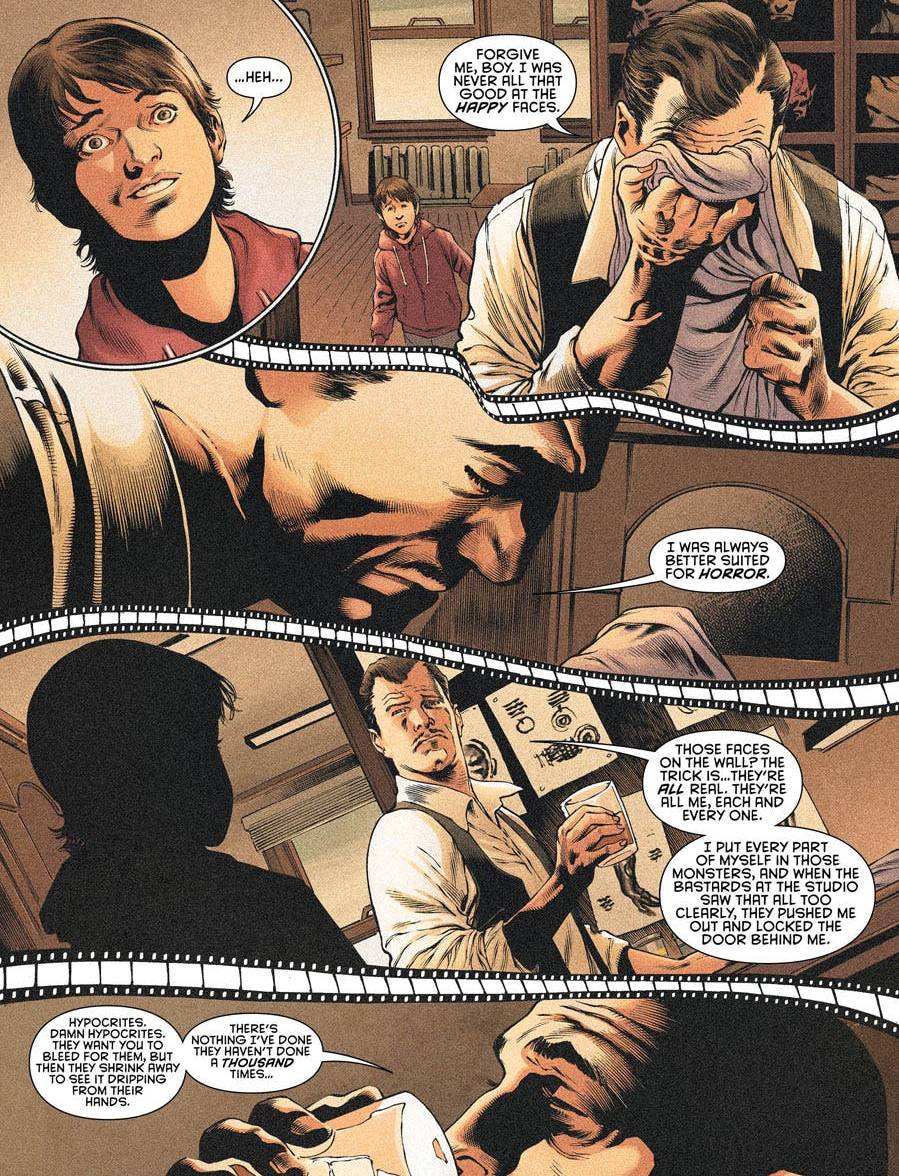 The cover grabs you from the moment you see those little fold lines, suggesting it’s been tucked away in a collection for some time, much loved and cared for (ok so comic purists will say that it hasn’t been that cared for if it has creases as it should be kept nice and safe in a plastic pocket… but let’s assume this was meant to be before bagging and boarding was common practice.). The first few pages continue that historical feel with their sepia tones before breaking into colour for the modern day portion of the story. 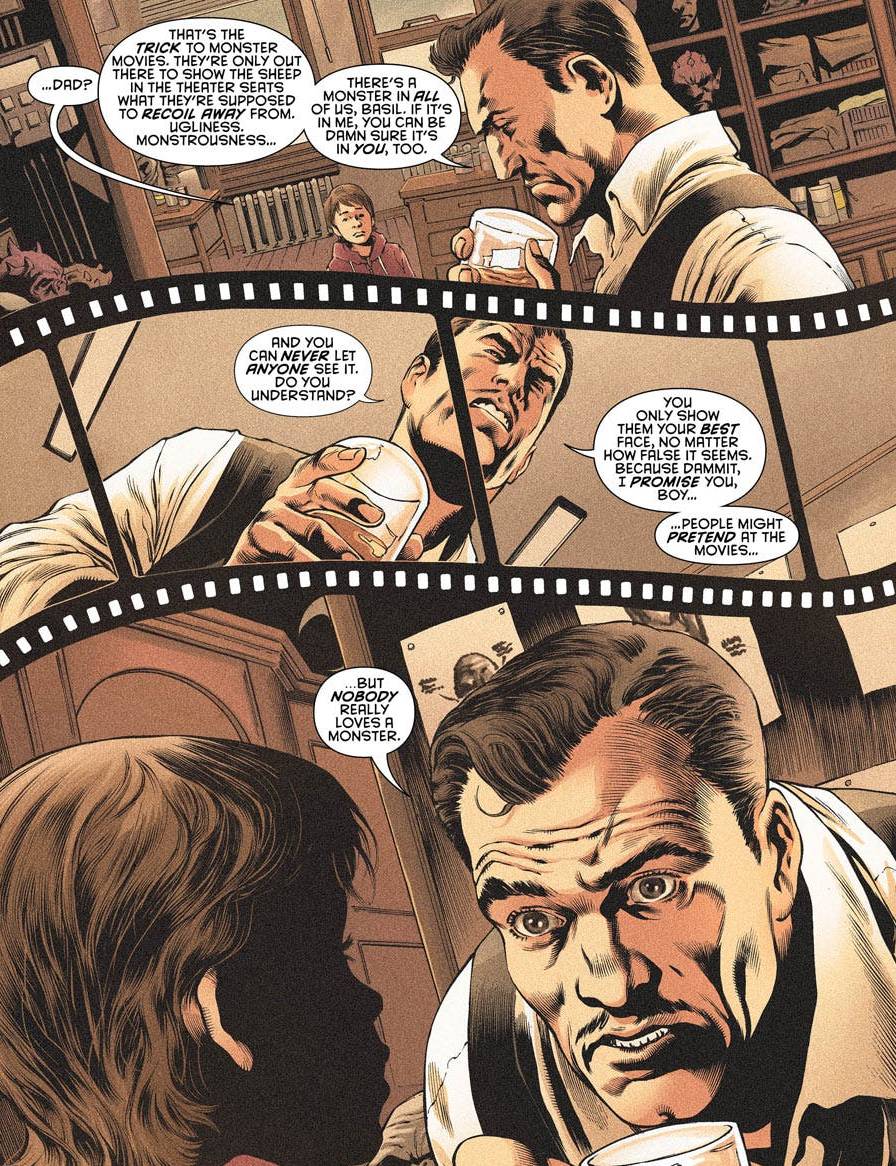 Tying this story together with the bookend of father and son is a great touch that really just drills home the tragedy of Basil’s story. The desire to live up to your father can be a powerful motivator and when that father is larger than life to begin with it leaves some very big shoes to fill. Origin stories can be simple tales for the fans to have an “ahh… so that’s what happened” or “oh so that’s how they became….” moment. But every now and then they add a layer that just makes the character easier to sympathise with… or at least to feel sorry for in some way. Clayface’s origin story does that, it takes what we know about him being an actor and adds more depth to that… depth that adds a degree of sadness that wasn’t necessarily there before. 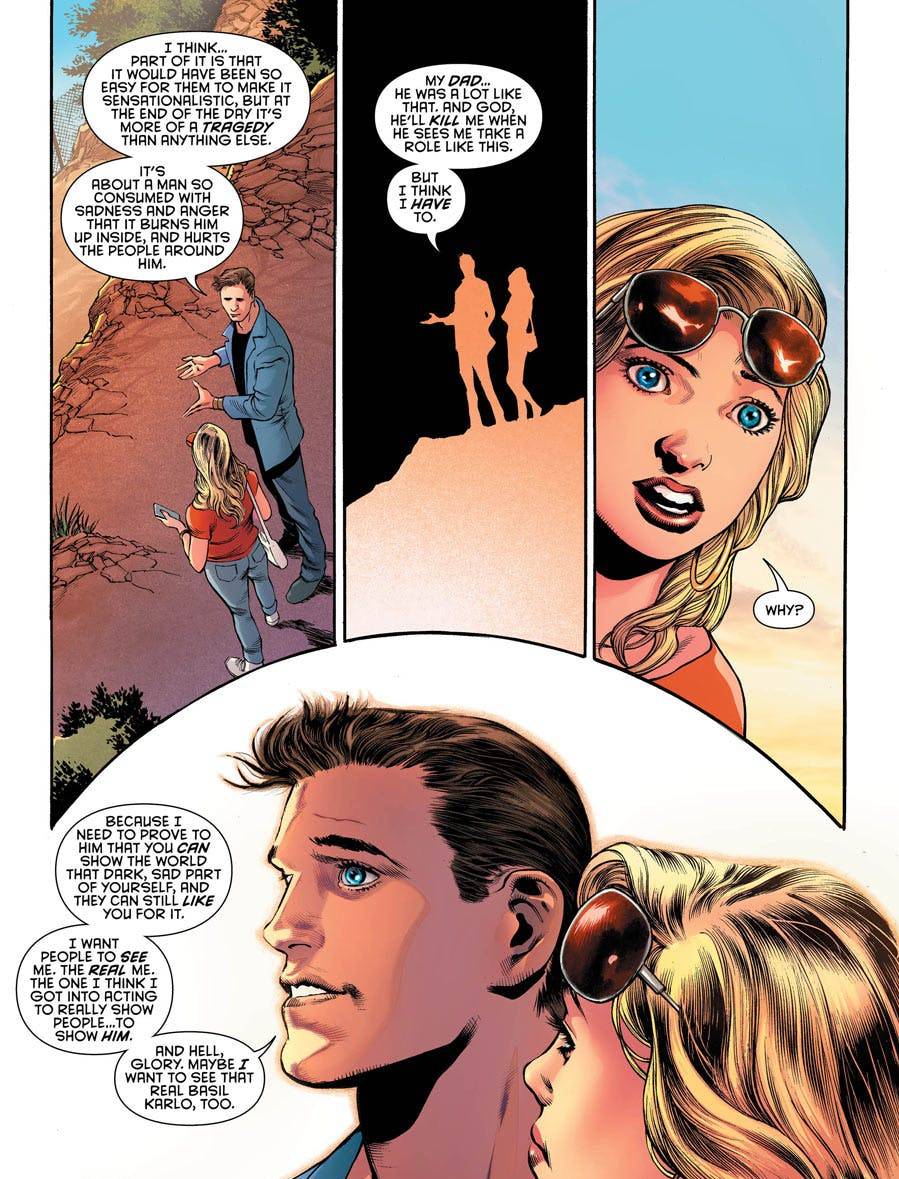