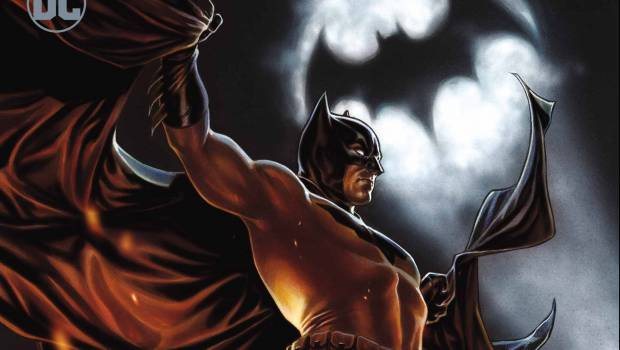 Summary: A good murder mystery for the Caped Crusader.

After an epic story arc written by the very talented Bryan Hill, writer James Robinson takes over to guest write for Detective Comics. I did hate to see Hill go but when I seen Robinson’s name attached as the writer it really grabbed my attention. With Batman being on a downward spiral for me, I was really looking forward to a great Batman story which I turn to Detective Comics for and I will say, the start to this story arc didn’t let me down. 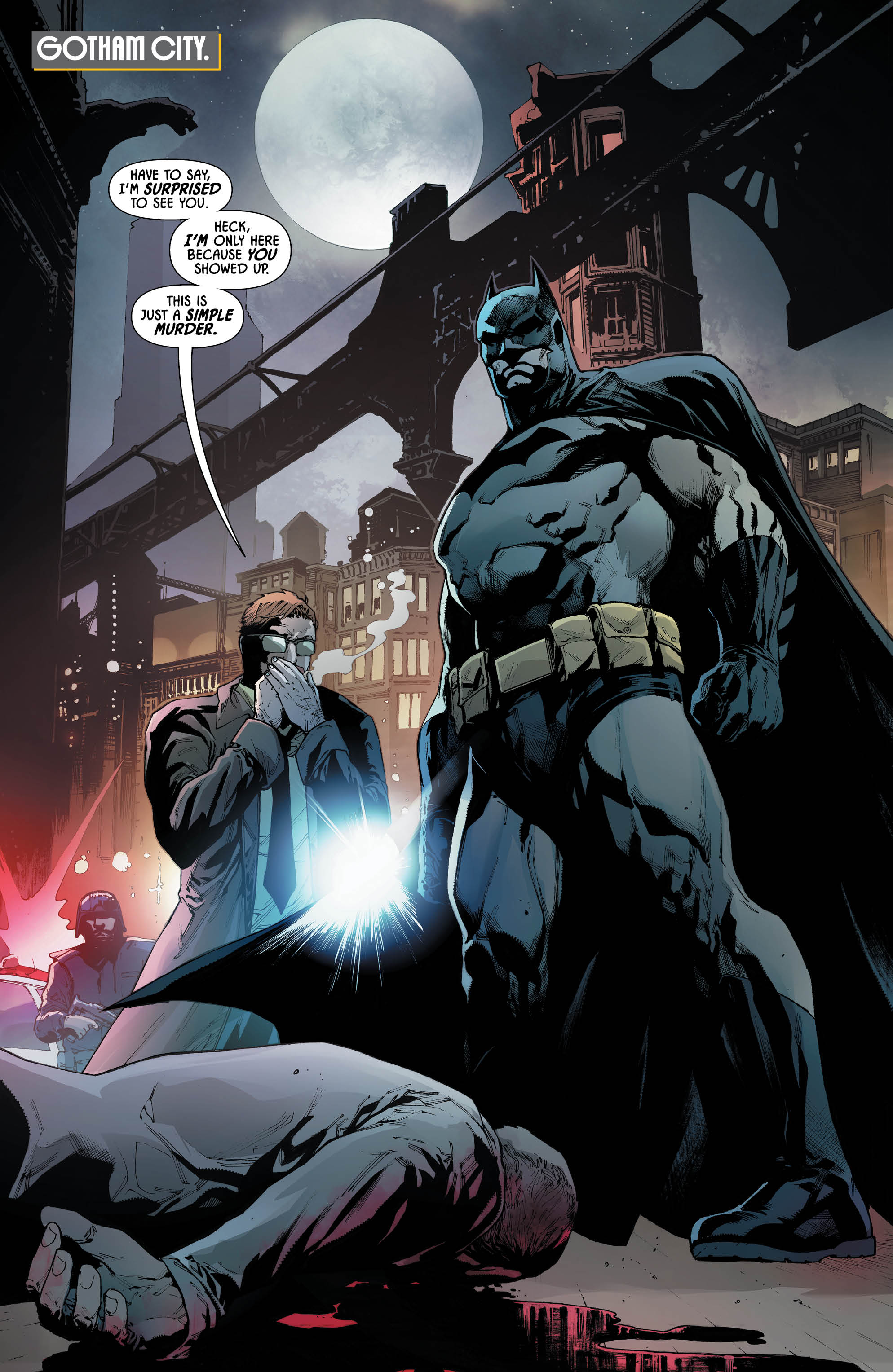 The first thing about this new arc that I absolutely love is that is actually feels like a detective story. Batman is on a murder case and he is doing what Batman does best, solving a mystery. This story moved along with a great pace and delivered some great action to go along with story. I will not give too much away about the story itself because honestly it was so enjoyable that I wouldn’t dream of ruining that for anyone! I was worried that it would be hard to follow up a story like we got with the previous arc, and it may be still too soon to tell, but the first issue in this arc really set up an amazing story and I hope Robinson continues to deliver another Batman story that the fans deserve. 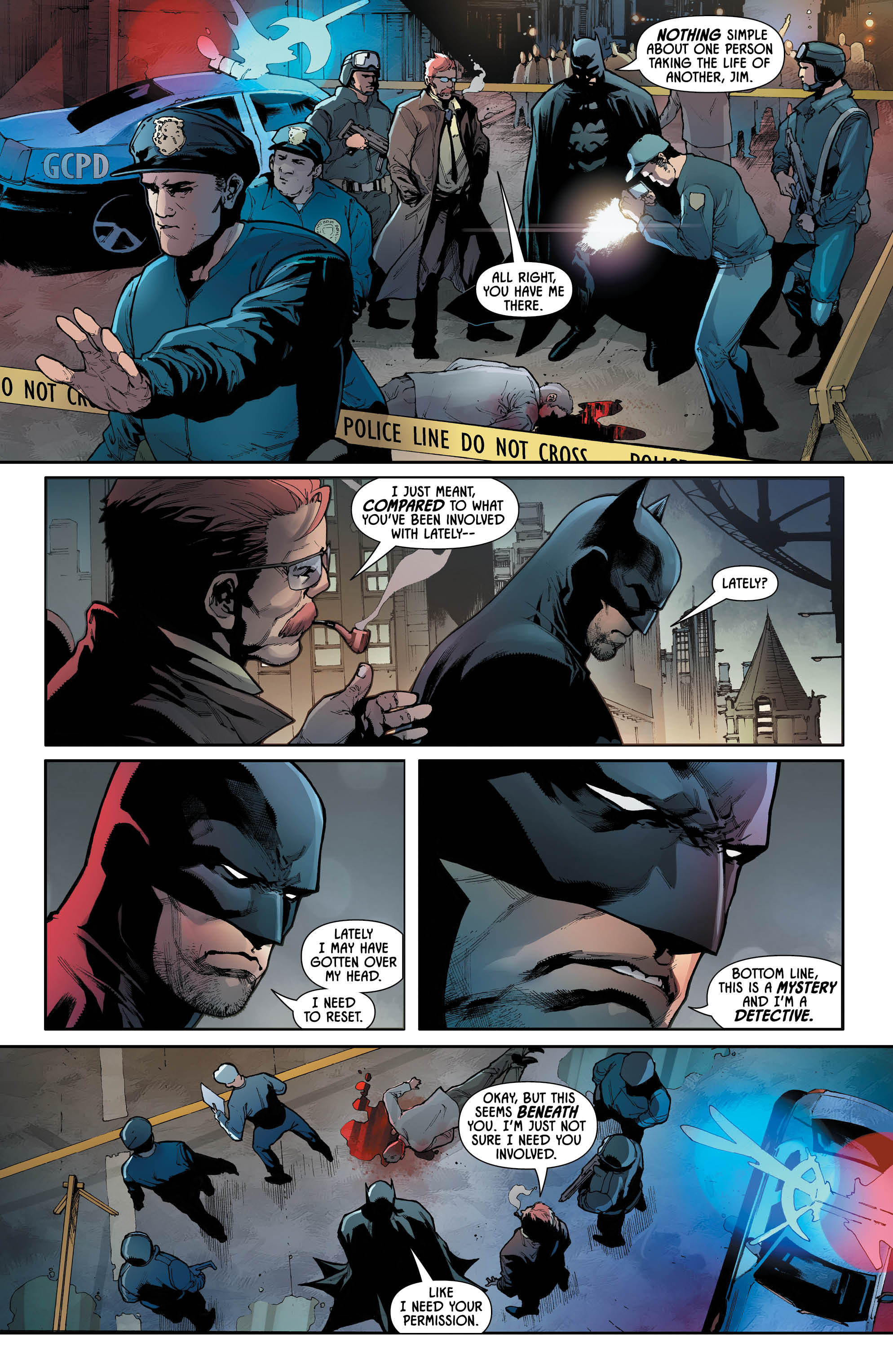 Another thing about this issue that I enjoyed was the lack of the Bat-Family. I cannot stress how much I think the Bat-Family hurts the Detective Comics series. It has gotten too big and honestly the characters just do not bring a whole lot to the table for this reader, so to see them absent from this issue was a breath for fresh air. It’s good to see the Caped Crusader going off alone watching over the city of Gotham. I really hope they continue to do this guest writer system for a while and let us just enjoy some short arcs that really draw the reader in. This issue along with the previous arc has made me excited for Detective Comics issues again and I love it! 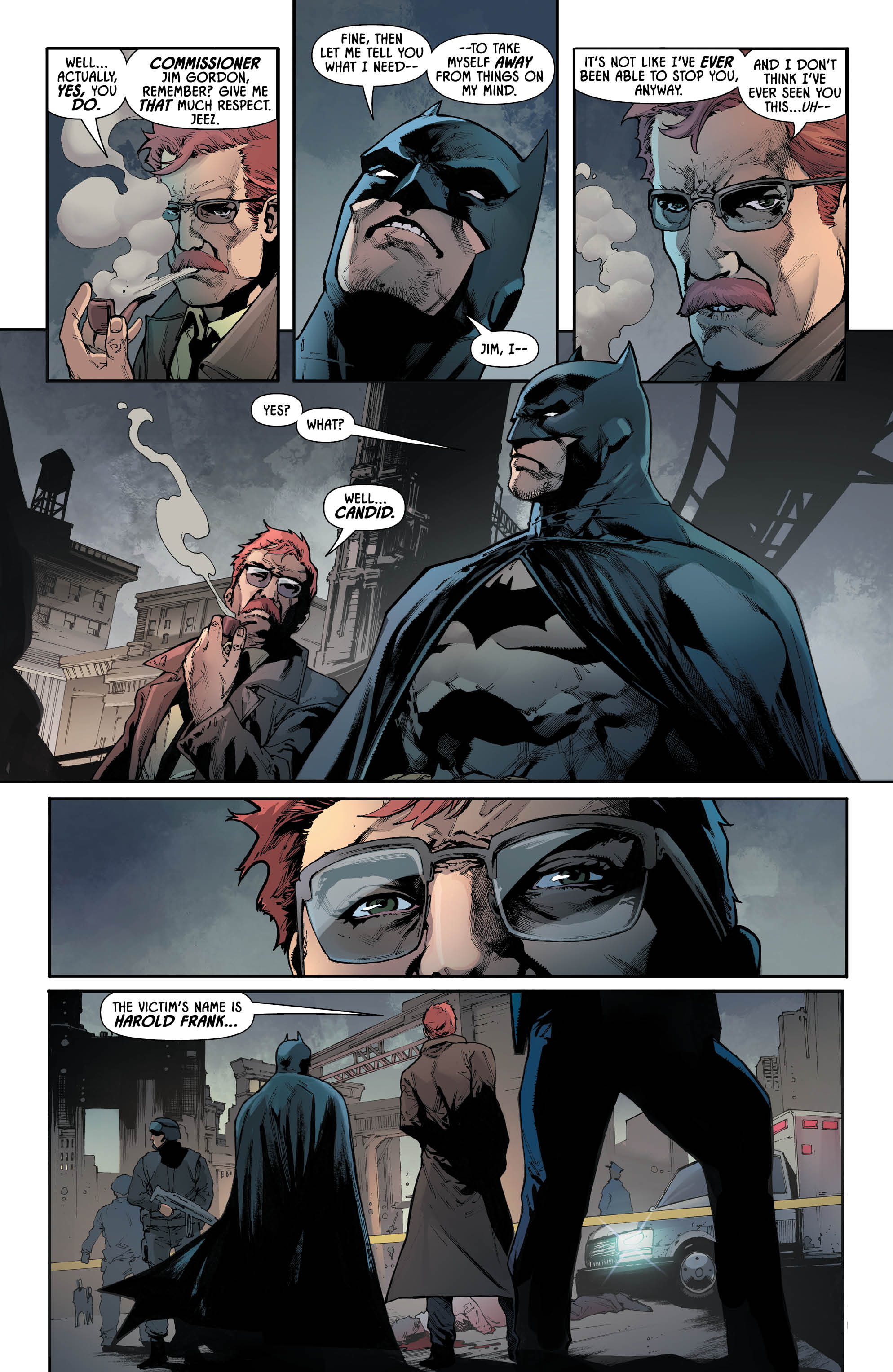 Finally to wrap things up on why I loved this issue so much is the artwork. This comic was beautiful from front to back and really does an amazing job setting the tone of this story. It was dark and gritty yet also came to life with color when it needed too. The variant cover to this issue just looks stunning with Batman back in his old suit. There is honestly nothing about this issue I can mark off for, so from me this issue is easily 5 Stars! 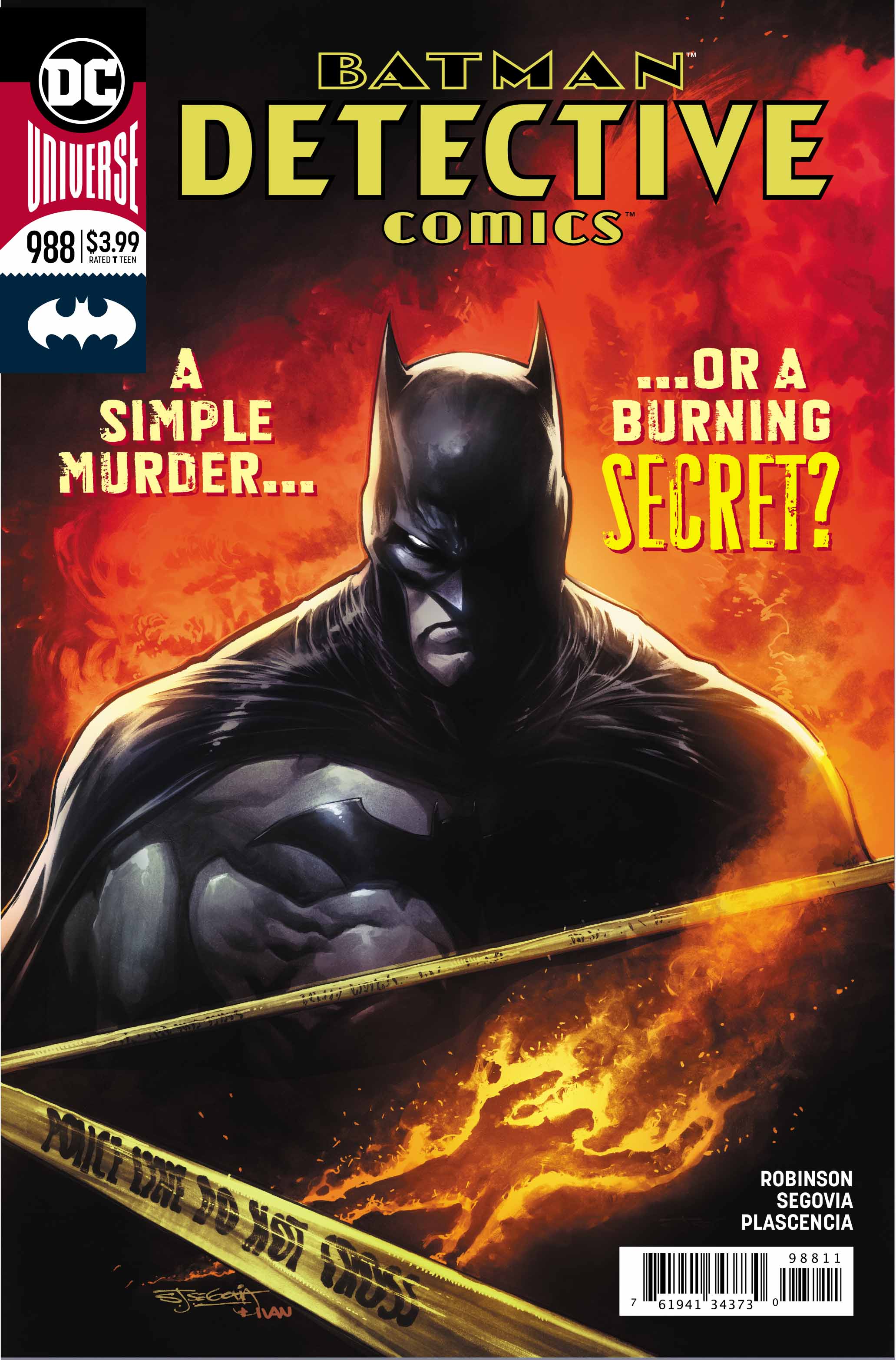 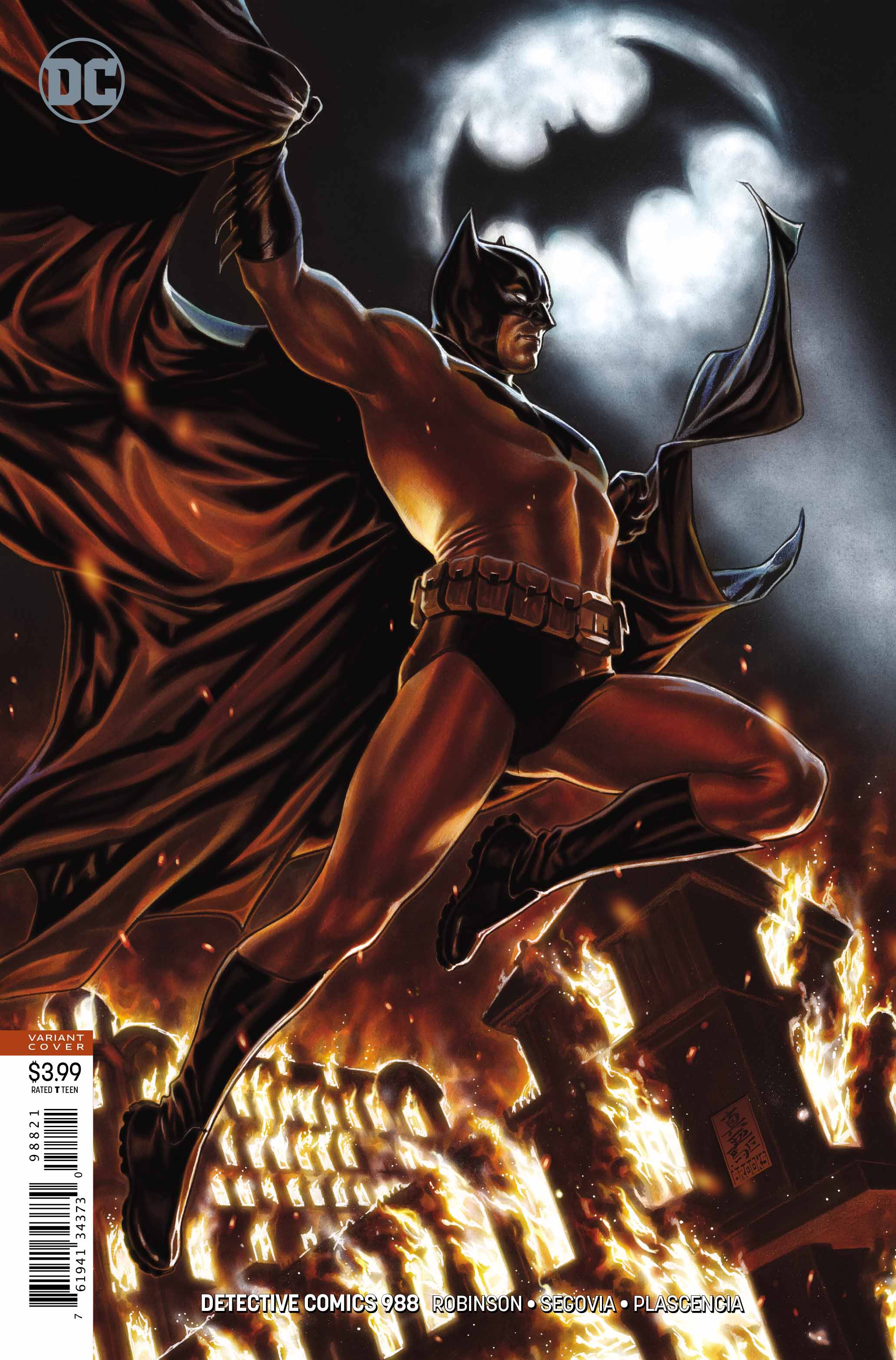