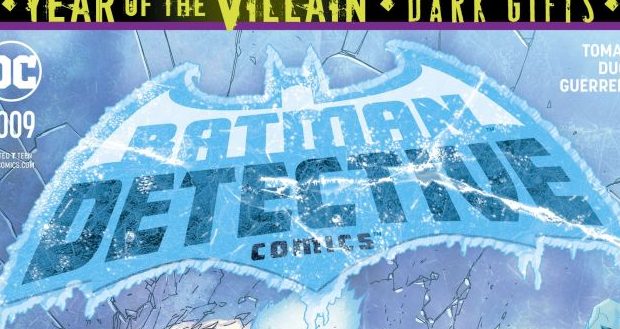 Summary: Bats on a plane!

This week DC Comics and Peter J. Tomasi give us the start to what looks to be another promising arc in Detective Comics #1009. Tomasi once again holds no punches with his storytelling because this issue gets all in your face to remind you that you are reading a Batman comic, and not some story about a heartbroken rube fighting with his not-dad dad. From the first page, its assaults your eyes with art so good you forget there are words on the page to read but, thankfully, this isn’t a Scott Snyder because I’m certain that guy is paid by the letter. No, Peter J. Tomasi knows how to keep the story moving without convoluted nonsense and out of character shenanigans. Tomasi is starting tobecome one of my favorite writers in the industry and this issue really seals the deal for me. So let’s talk about why I loved this issue so much.

The story begins with Batman doing some minor cleaning around the streets of Gotham, leaving criminals for the cops, with notes telling their crimes and that they will confess. It’s simple and to the point. I also enjoyed this because Batman isn’t always fighting some crazed madman with dreams of destroying Gotham running rampant in their mind. I like seeing these little nods to Batman just fighting some regular old street crime. Since Tomasi doesn’t need 100 issues to tell a simple story, he keeps things moving along with Alfred reminding Batman that not only is this his responsibility but he also has the life of Bruce Wayne to live and that he does have prior arrangements as Bruce. 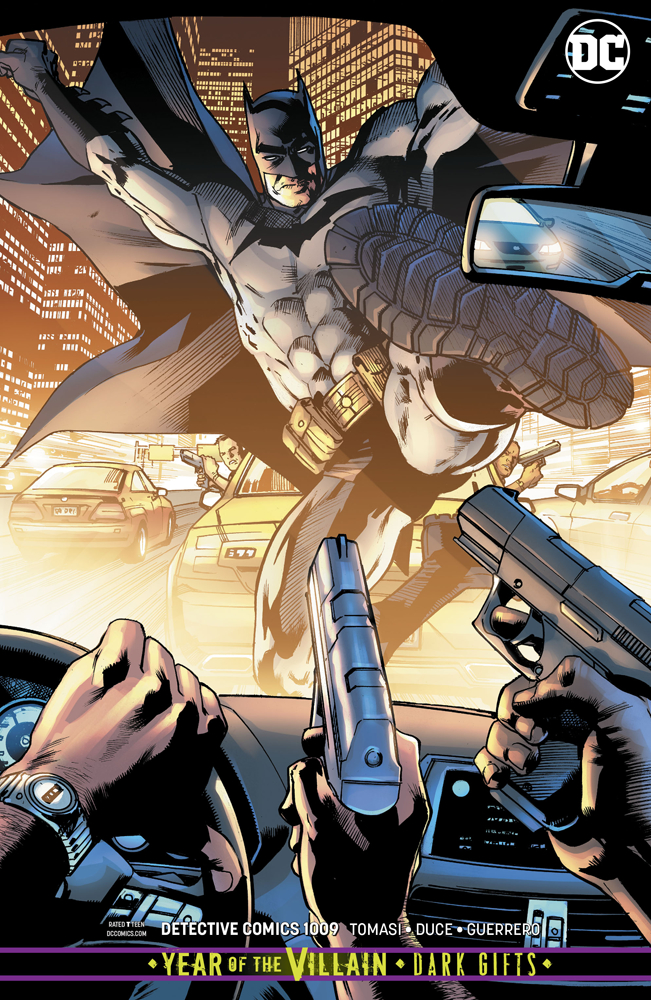 Another little key plot point for this issue is the appearance of Floyd Lawton. I absolutely love Deadshot, so this was a huge plus in my book and since he is in competent hands, Lawton comes off as a total badass. Lawton takes no crap from anyone and straight up rearranges a man’s face with bullets really setting the tone for what’s to come.

The next day, Bruce gathers a plane full of CEOs to discuss emissions outputs by their companies and because he is smart he has them all “Jetpool” together to reduce the emissions of their travels. Tomasi throwing mad shade at Google and I love it; anyway, I digress. During the flight, things go the way you would expect from any superhero story involving a plane. Yeah, it gets taken over. If you are wondering by whom, then read the previous paragraph. You can really see where things are heading; however, I don’t really want to spoil the outcome so I would say give this issue a read.

The writing in this issue was top tier and, along with that,Tomasi has an incredible art team backing up his story. In the first few pages alone, I couldn’t help but just fall in love with the detail and look of this issue. The title page where Batman stands upon the gargoyle head overlooking Gotham is my favorite and really shows how professional DC Comics artists can be. The art and story of Detective Comics #1009 is a must-buy. 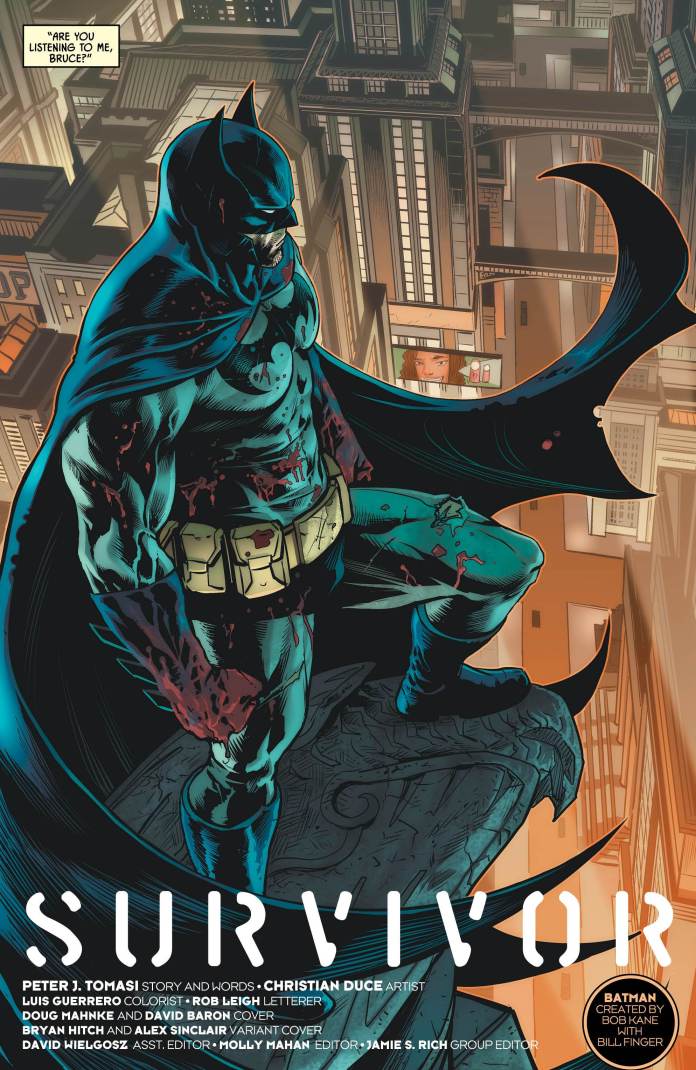