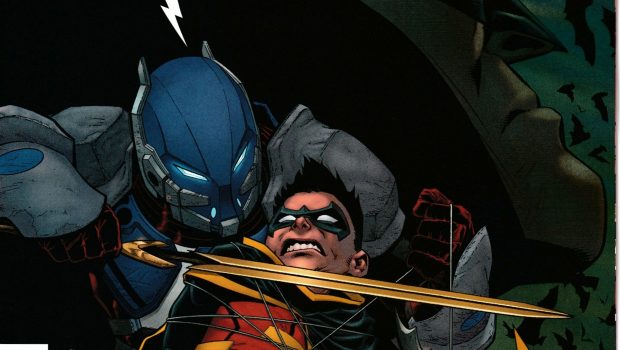 Summary: Batman and Robin work as a team to track down the Arkham Knight

Now I’ve said many times that I think Peter J. Tomasi’s run on Detective comics has been the best Batman has been in a while. I still stand by that statement, because if there is one thing Tomasi has done since he started, is come out each issue swinging like Mike Tyson taking on the President of a high school chess club team. It’s just been unfair. It’s like Tomasi took one look at the current Soy infused Batman run and said “Let’s inject our story with testosterone and Monster Energy Drinks and let’s crank it up to 11!” I mean seriously his run is what I needed as a Batman fan, Batman doing Batman things! Forget emo-Bat crying like a tween that lost his first girlfriend… No, give me Batman kicking ass and taking names. I want my Batman getting to the bottom of problems in Gotham, not moping around the Batcave being all sad because his fee fees got hurt. Tomasi gets it and honestly it shows.

So in this issue, we pick up where the previous issue left off with Damien Wayne after he was captured by the Arkham Knight. Oh and more respect to Tomasi for actually writing a story where Damien is likeable. I enjoyed the interactions between Damien and the Arkham Knight, as they revealed themselves to Damien. Now I say revealed, but honestly you only get a look at the person’s face and Damien has no idea who they are. That bit of information isn’t actually given to him until the end of the issue, but this part of the story was actually entertaining. I enjoyed watching Damien keep his cool as the Arkham Knight goes off on some kind of tangent like some kool-aid drinking cult. It’s just good writing. 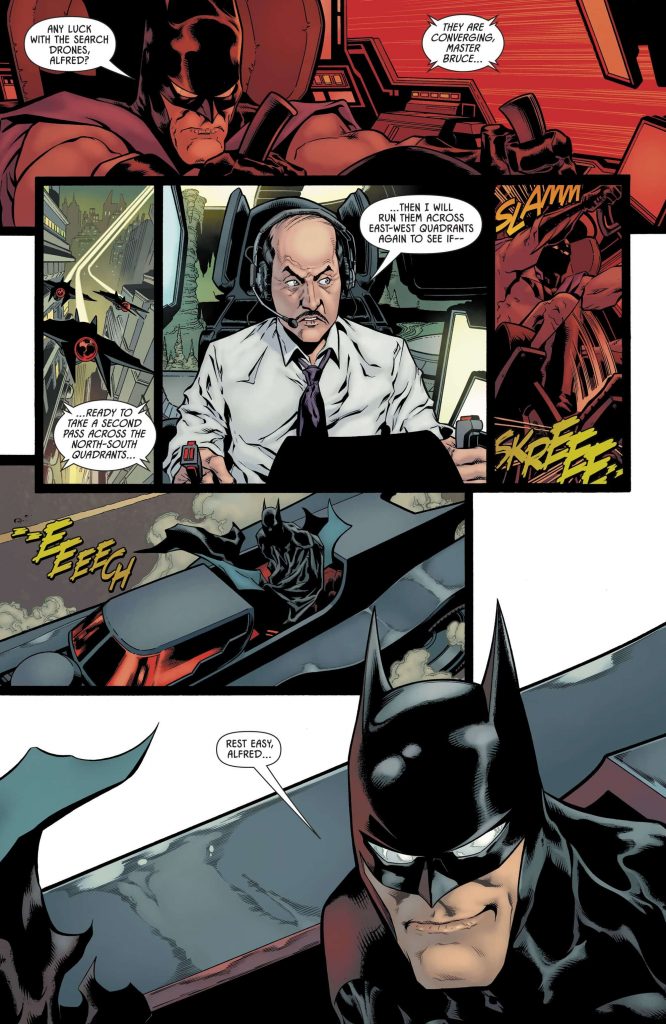 Damien is then released from their grasp and he gets back in contact with Bruce, and from this point we are given a nice series of father and son moments. Now I don’t mean some ABC drama father and son moments, but father and son moments of them being competent detectives and vigilantes. This issue just shows how well these two can really work together, and honestly makes me want to see them working together more. It was nice to see Bruce putting a little faith in his son that he can get things done, and there is even a moment where Bruce encourages Damien work on his artistic skills. Call me crazy, but this is what I want from a Batman comic. Batman being Batman but also Bat-dad…

The rest of the issue plays out really well and ends with Batman and Robin working together to track down the Arkham Knight, and I really don’t want to say much more about the story. Seriously just check it out. This issue was amazing and had absolutely amazing art go with it. The art team took this story and came up with some amazing pages that either add to emotion of the scene, or assaults the eyes like Batman being locked in a cage match with his rogues gallery.  This issue just works. So obliviously this issue is getting 5 stars from me. Tomasi is here, rocking you like a hurricane, and I look forward what this man has in store for the REAL Batman comic that is being put out by DC Comics. 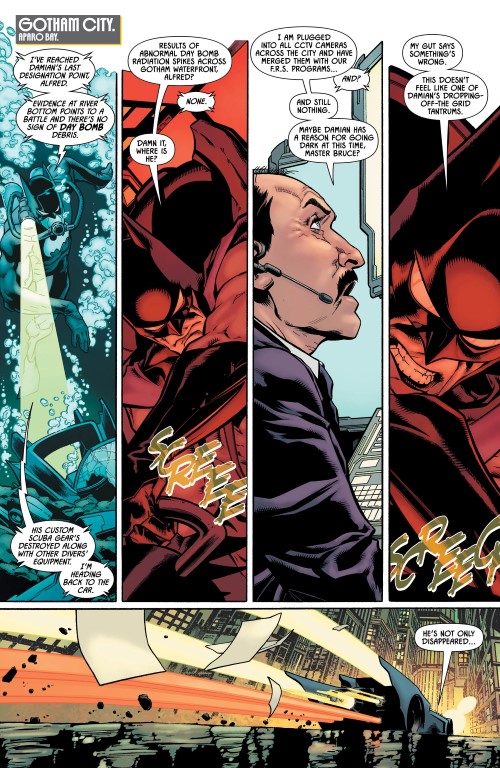 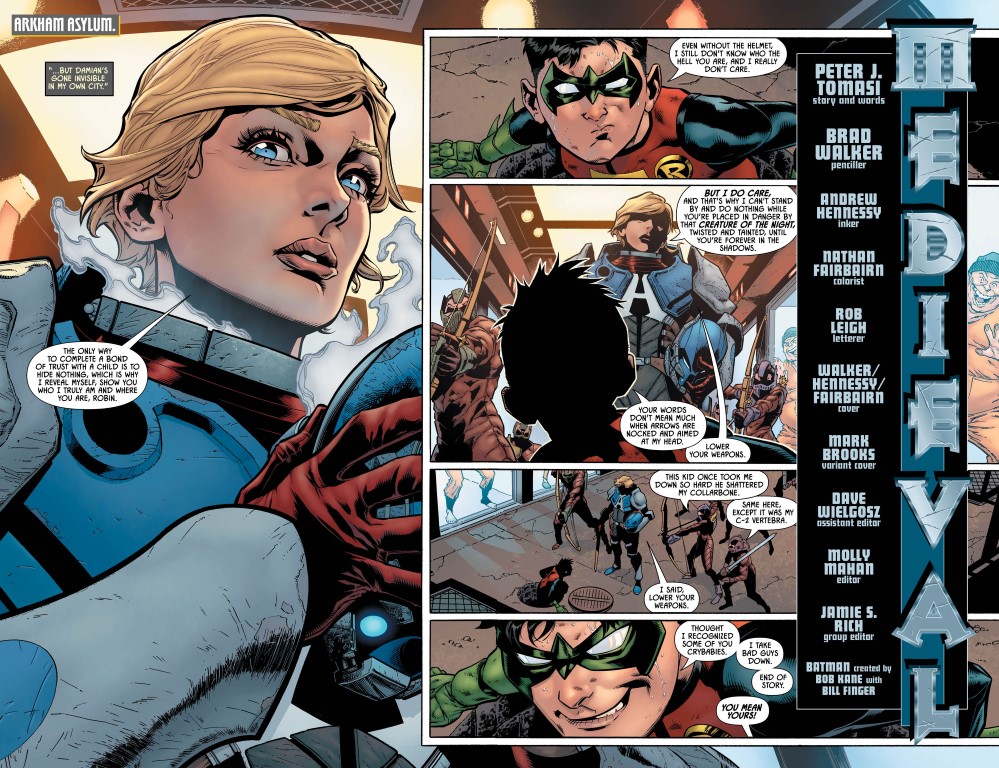 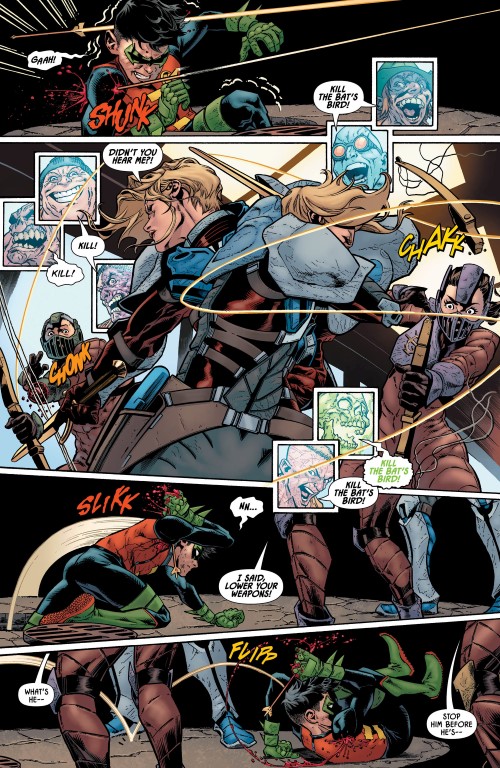 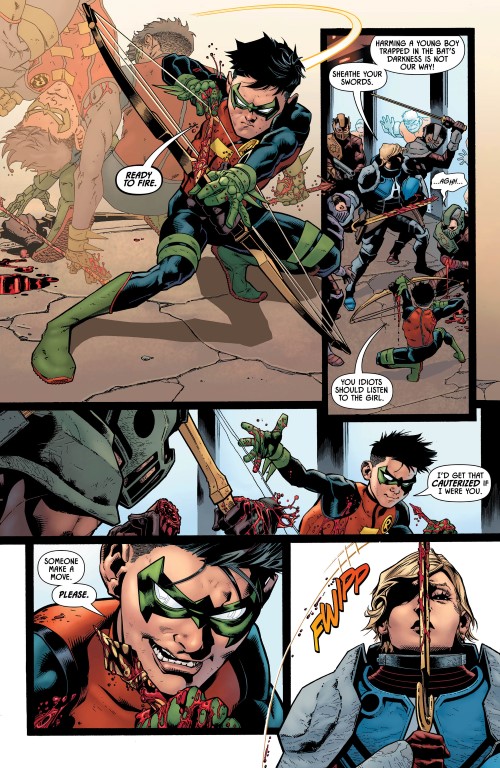 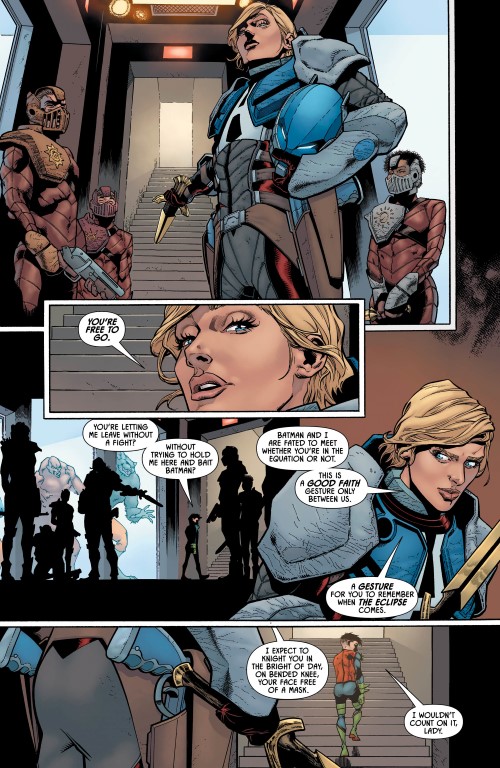