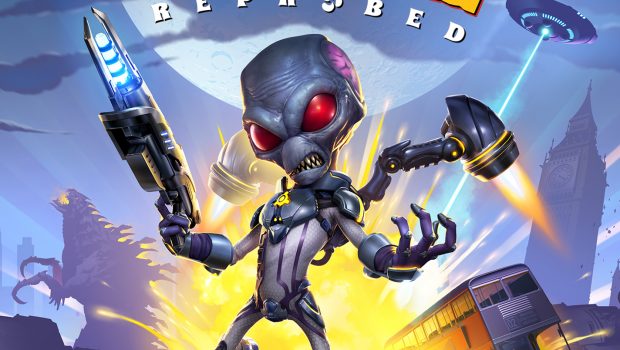 Summary: Overall Destroy all Humans 2 - Reprobed is a very beautiful game and the gameplay whilst repetitive is enjoyable. The 2006 humour does get grating and some of the jokes that as a teenager may have got chuckle does not hit the same way for someone who is now in their late 20’s. What really spoilt this game for me was the bugs and crashes that really stopped me from being able to fully engage and enjoy this title. 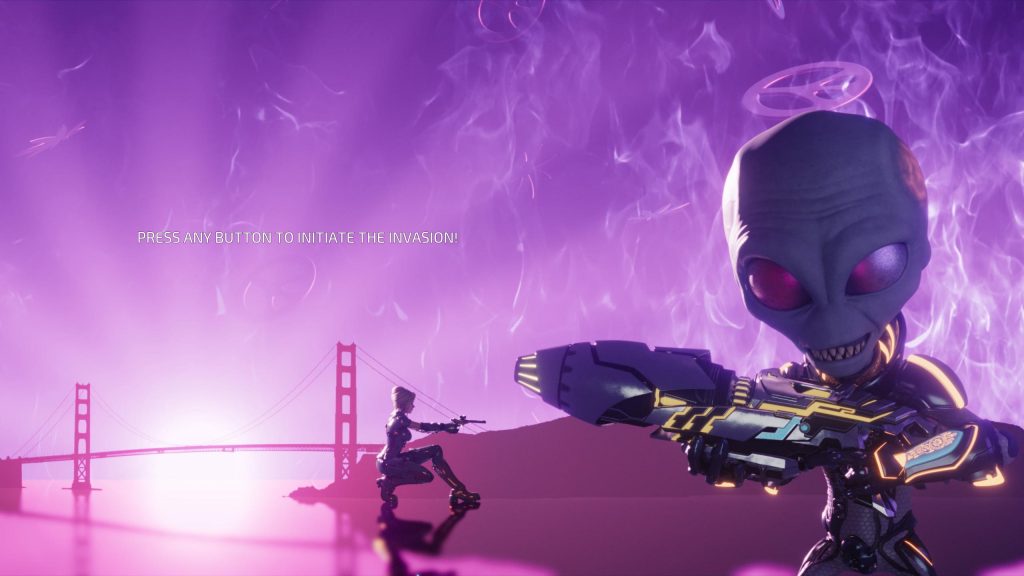 10 years have passed since the ending of Destroy All humans, Cryptosporidium-137 has died but fear not Cryptosporidium-138 the clone created from the furon dna is here to take his place. Crypto as he likes to be called is tasked yet again with stopping the KGB and getting personal revenge for the destruction of the Mothership.

Taking place across the globe Destroy All humans 2 tries to vary the surroundings whilst the world/levels are “open” you have to remember that this is still based on a game from 2006 where Open World console games were still finding their footing, so expect a lot of dead areas without much interactable events minus the Humans walking around.

To help with his missions Crypto has a variety of skills and weapons one of the most used is the ability to take over the body of an earthing, whilst this sounds easy you still have to think about when and where you do it, if someone sees you they will run to the nearest phone box and ring the police giving them a description, this will mean you will need to hide or use another method to advance. Some missions can only be started if you are in the body of the human, for example the first missions in Bay City require you to become a Hippie girl.

Apart from body snatching you are able to fling objects or humans with Psychokinesis, this in my opinion becomes your most valuable ability. Most missions can be defeated just with the use of the jetpack and Psychokinesis as you can instantly kill enemies compared to using the projectile weapons.

Now mission structure and variety is where this game falls short. You will spend most of the game moving from A to B destroying various enemies and objects like the Revelade Drinks towers and trucks. This does become repetitive and boring with only the locations changing. I know I will get blasted for saying this but in 2022 gamers expect a little more meat of the bone when it comes to variety. I fully understand that this is a remake but many other games who have also had new remakes have managed to add more to the game without taking away from the charm of the original.

From a graphical point of view Destroy all humans 2 is very beautiful and of course is a big upgrade from the original, the use of bold colours and basic detailing of assets works with this sort of game that is more focused on the destruction rather than the details of say a leaf. 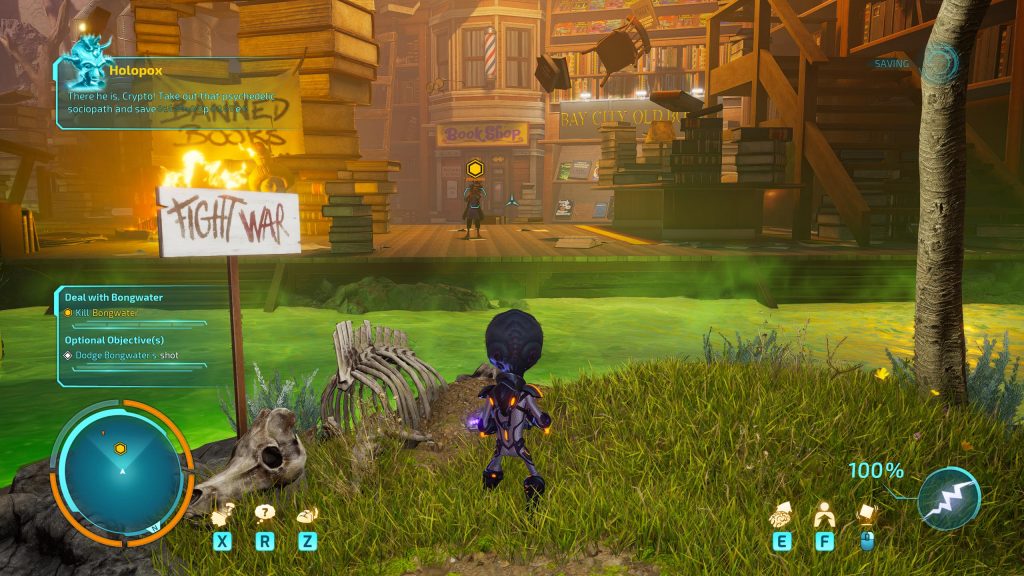 Now we hit the negatives and issues, unfortunately due to bugs in the game I was unable to complete the game to the end. These bugs manifested themselves in missions that had to be restarted due enemies not respawning or getting trapped in the floor of levels. When moving from Bay City to the next area my game crashed and the save file was corrupted. This required a full restart and by the end of this it was getting to the point of frustration.

There were also a few non save or game breaking bugs that were still annoying to see. This includes vehicles driving through buildings like they are not there, characters walking through solid objects like bins and trees. Also the frequent frame drops especially when flying the Saucer caused this game to become more of a chore rather than the easy going romp that it should have been.

With all that said most of these issues can be ironed out with patches which is of course a positive of modern gaming and hopefully these issues will be fixed.

*If this does happen I will write a follow up and compare this version and the patched version. 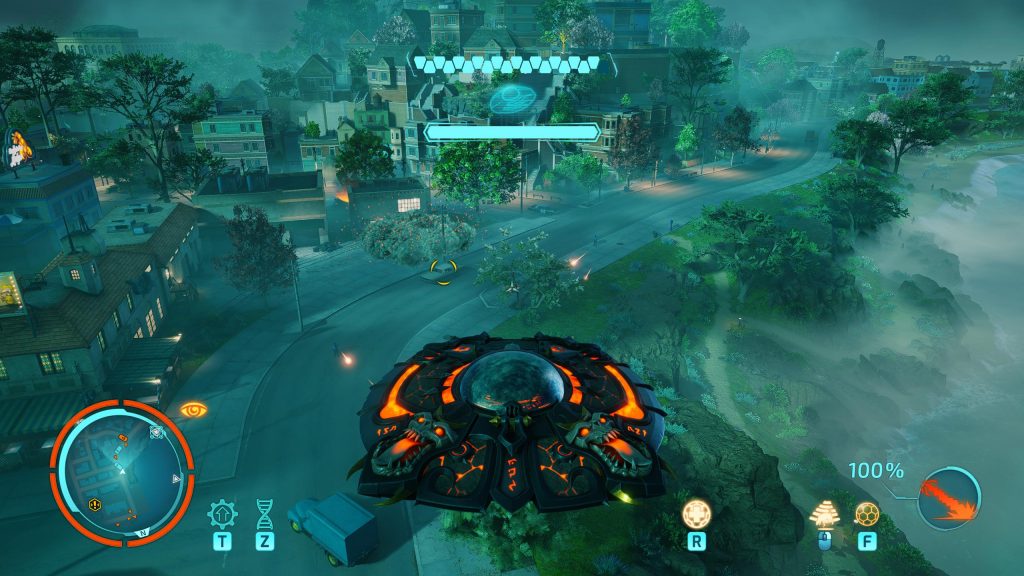 Overall Destroy all Humans 2 – Reprobed is a very beautiful game and the gameplay whilst repetitive is enjoyable. The 2006 humour does get grating and some of the jokes that as a teenager may have got chuckle does not hit the same way for someone who is now in their late 20’s. What really spoilt this game for me was the bugs and crashes that really stopped me from being able to fully engage and enjoy this title.