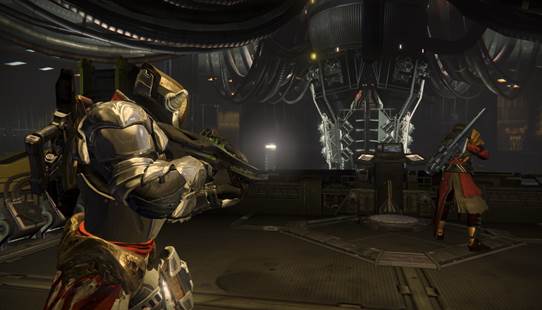 Destiny Expansion I: The Dark Below Gears Up to Expand the Destiny Adventure on December 10

Destiny Expansion I: The Dark Below Gears Up to Expand the Destiny Adventure on December 10

Activision and Bungie today announced that Destiny Expansion I: The Dark Below will be available for download on December 10th. The Dark Below marks the first expansion to the universe since Destiny’s launch in September and features all-new weapons and gear to earn through new story, cooperative and multiplayer activities.

Destiny Expansion I: The Dark Below will feature the following:

o   New weapons, armour, and gear to earn, including Legendary and Exotic items

o   New story quests and missions – after years hiding amongst the Hive shadows, a new character, Eris, has come forth bearing an ominous warning: The Hive seek to summon a god, Crota, to destroy the Earth. Find Eris in the Tower to take on special quests that include three new missions where you will increase your Light and earn new rewards

o   New cooperative Strike, The Will of Crota, pits you and your Fireteam against Omnigul as she works to expand the Hive army at the command of her master, Crota

o   PlayStation platforms will also get access to an exclusive cooperative Strike, The Undying Mind, and more (timed exclusive until at least Fall 2015)