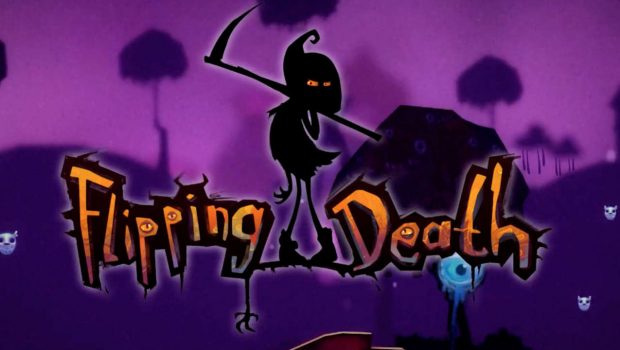 Design a character and play Flipping Death before release!

Want to put your own mark on Flipping Death? Zoink Games is now giving you the chance to design your very own character for the game! And you don’t even need to be an excellent artist.

Flipping Death is filled with weird and quirky characters, and now they want you to put your own spin on one of them! Check this video out and listen to Klaus and Alex explaining the details:

What you need to do

What’s in the prize pot

Check out the Zoink Games blog for more information. Flipping Death will release on multiple platforms.

Welcome to Flatwood Peaks, a small whimsical town with a problem – Death is on vacation. Help the ghosts with their curious problems while also solving the mystery surrounding your own demise in this new puzzling adventure from Zoink Games.

– Unique mix of adventure and platforming set in a twisted, rich and colorful world

– Flip the entire world with the press of a single button!

– Possess the living and use them to solve puzzles

– Spiritual successor to well-received game Stick it To The Man!