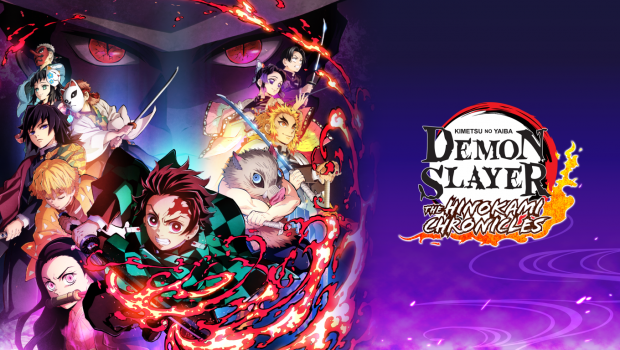 Summary: Demon Slayer -Kimetsu no Yaiba- The Hinokami Chronicles is an impressive game, to say the least. While it includes a lot of irritating attributes that can sometimes diminish the experience, it still succeeds at being an excellent arena fighter and an even better adaptation of the beloved anime series.

Before starting this review, I’d just like to mention that I’m a massive fan of the Naruto Ninja Storm games; Cyberconnect2’s incredible video game adaptation of the Naruto Shippuden anime and manga franchise. I distinctly remember playing each game in the series and falling in love with the lore, characters, and history of the franchise. That’s why it felt quite jarring to see that Cyberconnect2 did an almost perfect job of replicating the elements that make the Shippuden series so unique as an arena fighter onto Demon Slayer -Kimetsu no Yaiba- The Hinokami Chronicles.

The similarities with the Naruto Shippuden series are almost uncanny, as the game’s visual aesthetic, font, and interface make up a nearly carbon copy of the Shippuden series. Though this isn’t to say that Hinokami Chronicles doesn’t do anything unique as it still succeeds in being one of the most polished and unique arena games I’ve played in a long time. 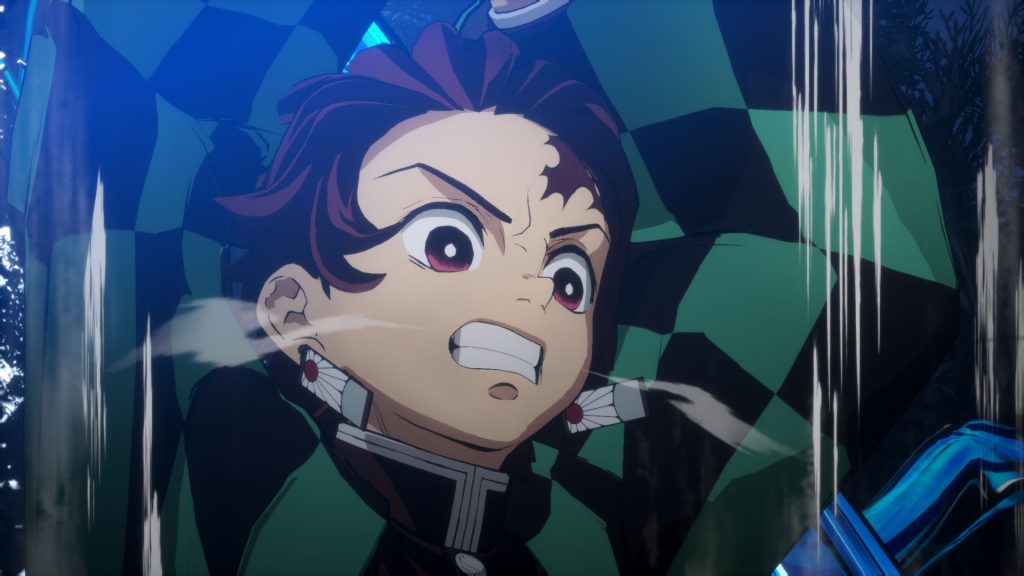 For those unaware, Demon Slayer -Kimetsu no Yaiba- The Hinokami Chronicles is the latest video game adaptation of the massively successful Demon slayer -Kimetsu no Yaiba- anime and manga series. The story follows Tanjiro Kamado, a young boy who sells charcoal for his family. One day, he comes back home to find almost all his family members brutally murdered by a demon save for his little sister Nezuko, who was transformed into a demon. After the ordeal, Kanjiro trains to become a Demon Slayer; a skilled individual trained and tasked with defeating all manner of demons, and vows to find and kill the demon who turned his sister.

After a beautifully rendered introductory cut scene, players are shown a story map that allows them play through each of the series’ significant story sections chapter-by-chapter. The chapters start at the end of Tanjiro’s training and covers all the way to the Mugen Train Arc. Each chapter is entirely different from the last, beginning with a story cut scene that quickly transitions into gameplay. Like the earlier Shippuden games, players will play through each location seen in the anime in a dungeon-like manner, from narrow city streets to wild open fields and woods. 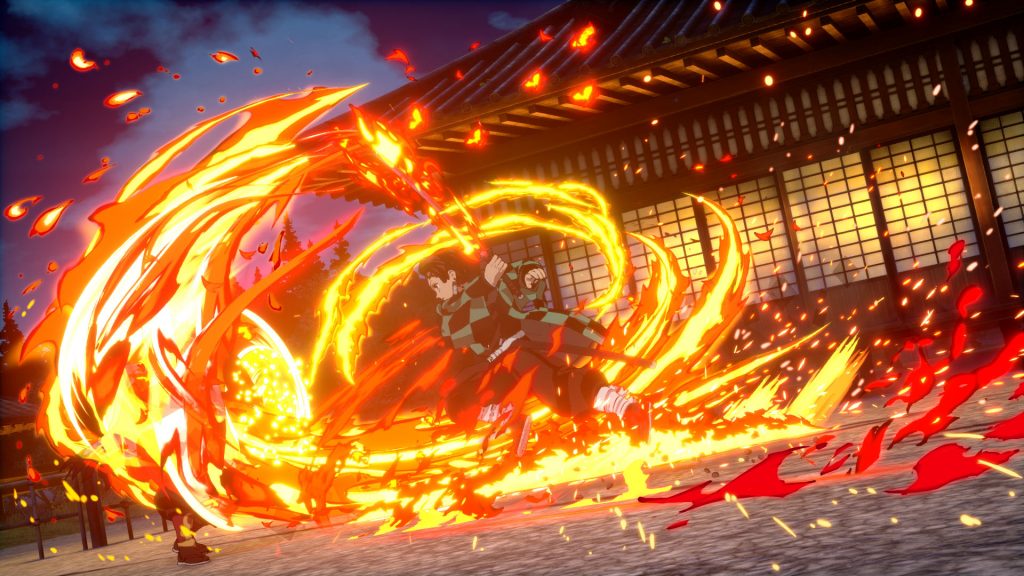 An aspect of gameplay that succeeded in baffling and infuriating me is how poorly Cyberconnect2 executed movement in the game, as it feels highly constrained. While players are allowed to move freely in each level, Tanjiro’s general movement speed is quite slow, and because the game doesn’t provide a sprint button, moving from place to place felt incredibly irritating. Moreover, players cannot jump freely and are limited to automatically leaping across very specific highlighted platforms. Yet another infuriating element of the game is its awful mini-map located in the top corner of the screen which was next to useless as I constantly had to expand it just to navigate my way across each level.

Finally, perhaps the most irritating aspect of gameplay is how combat is initiated in each chapter with random, nameless demons appearing out of nowhere. These demons are used to fill the space between boss fights but only succeed in making the game seem cheap and lackluster while also interrupting the pacing of the chapter’s story. 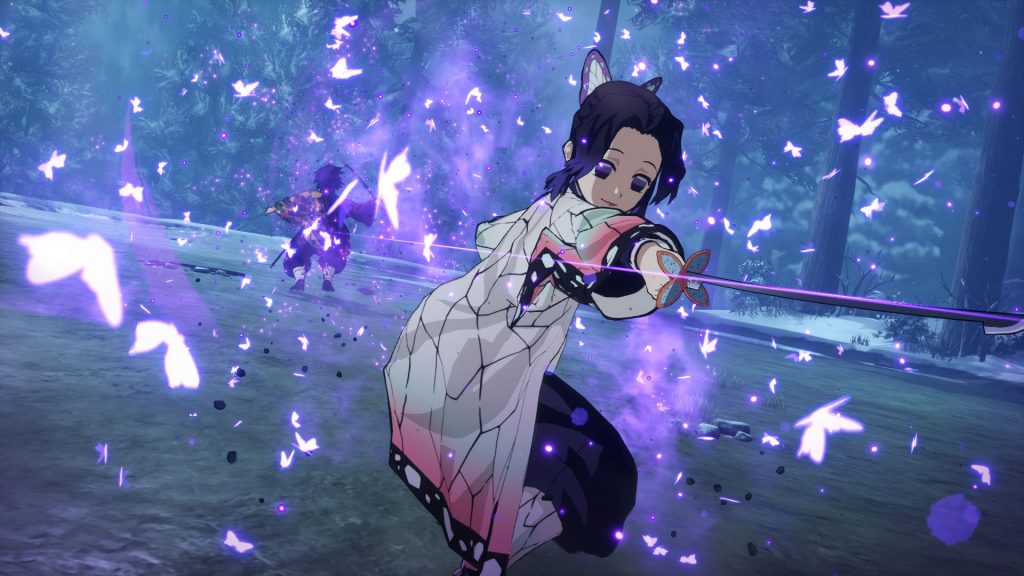 However, this all isn’t to say that the story mode is all bad, as a highlight of the mode are the levels themselves, all of which boast a level of detail and refinement that is frankly impressive, despite the player not being able to do much in them. Each of these levels also has its own gimmick, most of which are significant to the story, from illusory walls to shifting rooms.

Another impressive aspect of the story mode is the little side objectives given to the player between the main objectives in the chapter. These objectives range from the usual grunt work like talking to citizens and characters in the streets and finding objects, to actions that branch out the story. Players who complete all side objectives will reap the rewards after the chapter ends via Kimetsu Points (which can also be found littered across each level), extra scenes, and more. And speaking of extra scenes, there are also these neat things called Memory Fragments hidden across each level which act as collectibles that provide additional little static scenes from the anime. 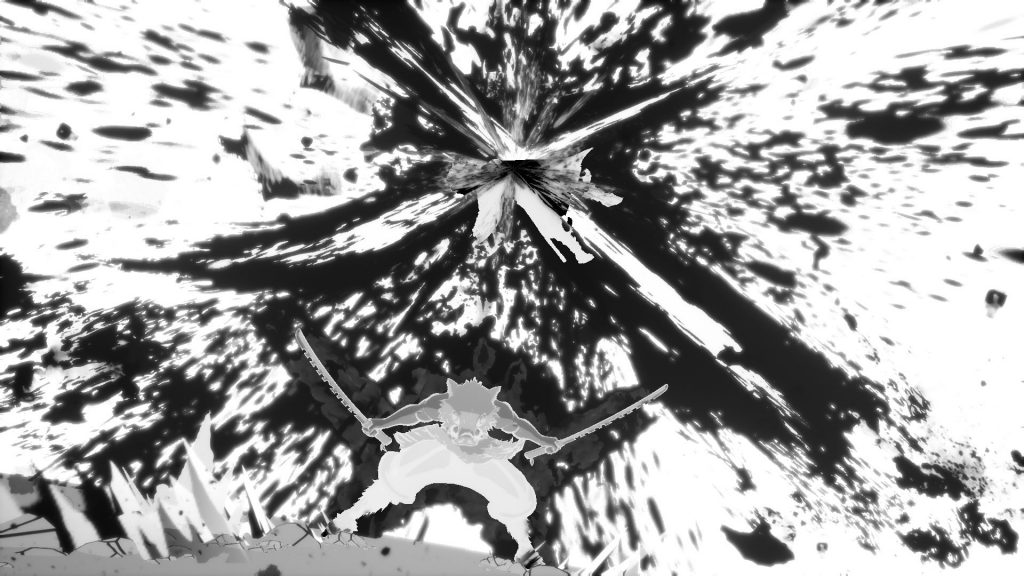 As for the meat and potatoes of the game, the combat, I’m happy to report that Cyberconnect2 did an incredible job of capturing the Demon Slayer essence with its mechanics. Combat is quick and decisive and pulling off combos and ultimate moves always feel amazing if not for how smooth they are to execute, then for the magnificent, sometimes awe-inspiring visuals that support them.

Plyers can dodge, dash at an enemy, perform boosts and ultimate attacks. However, it’s also worth noting that the gameplay isn’t as in-depth or developed as its counterparts, at least not right now, as combos and moves are surprisingly limited. Though I will admit that the boss fights in the story mode are its best feature. Each boss fight has its own unique quirk and gimmick that succeeds in both engaging and challenging the player.

After finishing the prologue, the versus mode, along with other modes, will be unlocked as well as characters and outfits as you progress through the story. There aren’t many characters currently, but Sega says more (like some demons) will be added soon. 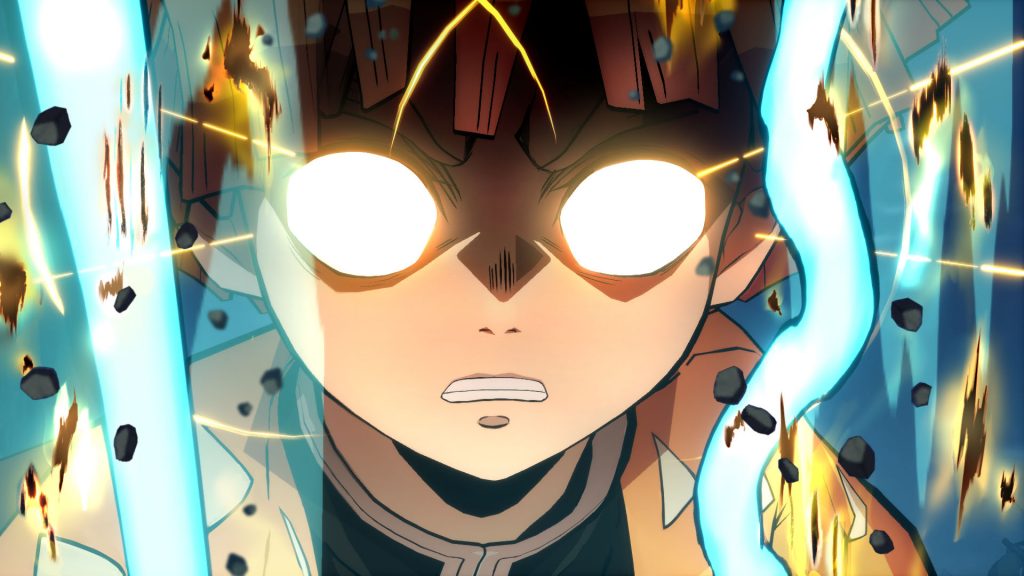 Visually, The Hinokami Chronicles is a graphical marvel. The vibrant, intense colors complement its rich and detailed environments and crisp character designs. The visuals are so detailed that it’s sometimes hard to tell the difference between the game and the anime in cut scenes, as Cyberconnect2 has perfectly captured the Ufotable’s masterfully crafted visual aesthetic. The overall visual fidelity and resolution are pretty high on both a PS4 Pro and a PS5, and Sega reports that the framerate will reach 60fps on 4K on next-gen consoles post-launch. I’m also happy to report that I encountered no technical difficulties despite playing an early build. Additionally, I’d like to point out that both the English and Japanese voice cast from the anime put up an excellent performance in the game as well.

All in all, Demon Slayer -Kimetsu no Yaiba- The Hinokami Chronicles is an impressive game, to say the least. While it includes a lot of irritating attributes that can sometimes diminish the experience, and the combat requires a bit more fleshing out, it still succeeds at being an excellent arena fighter and an even better adaptation of the beloved anime series.