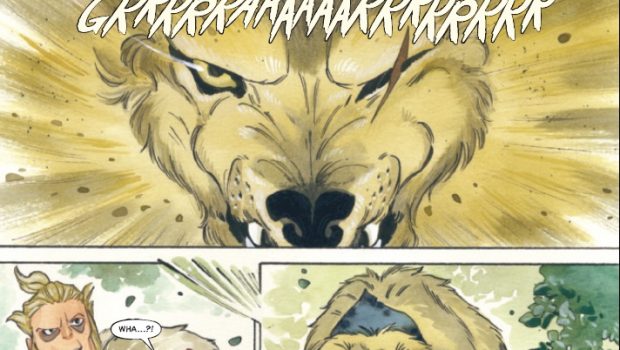 Summary: For fans of Japanese anime or manga and not a Japanese version of Spiderman. I want photos! Photos of Japanese Spiderman! At least give me a haiku!

Mariko Yashida journeys to the forest to find out more about her past, but instead finds a giant wolf, a girl with a pet spider and Yokai who want to attack her on sight.

At first I thought this was going to be a Japanese Spiderman spinoff but it quickly became something different and seems to be an original character just for this series. I know a little bit about Yokai and other Japanese folk stories but could not place if this was based on any of them.

Having the story written and illustrated by the same person does make it unique in that what they have written has turned out exactly the way they pictured as someone else is not interpreting the words.

I did enjoy the art style as it looks like the traditional Japanese watercolour brush technique even if it was produced digitally. There are a lot of media effects that can be produced on drawing programs these days.

It is definitely something different to anything else Marvel is doing at the moment so I would recommend it on that alone.

Fans of anime and manga might want to check it out also if they want something in that style.