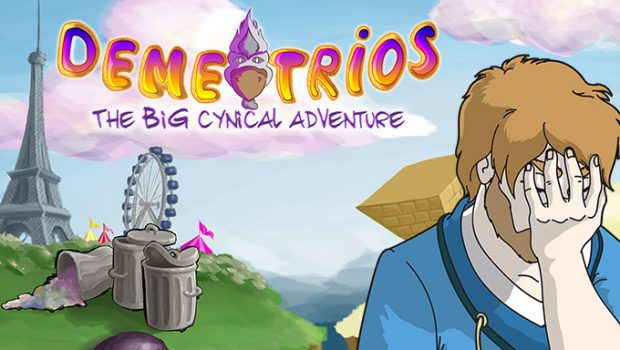 Summary: Harking back to the days of Sierra with a more indie darker bent.

Anyone who played games in the late 80’s early 90’s would be familiar with Sierra and the string of adventure games they put out, Kings Quest, Police Quest and Space quest being the main three and Leisure Suit Larry being the more mature series in the group. Demetrios takes those games and in some sense mixes them all together to form a modern indie adventure game.

The main character is Bjorn, a presumably intellectually stunted individual with a strong self interested bent to him and a strange ability to succeed despite himself. Starting in Paris but traveling the world on his quest to uncover the meaning behind an assault and theft of one of his antiques Bjorn finds himself in impossible situations and solving problems with a degree of absurdity and cynicism not common in adventure games. Actually the absurdity does remind me of Space quest and if I had to liken Bjorn to anyone, it would be a cross between Roger Wilco and Larry Laffer… he seems to share their youthful ignorance of the world, ability to get into all sorts of problems and somehow fumble their way through harrowing situations. 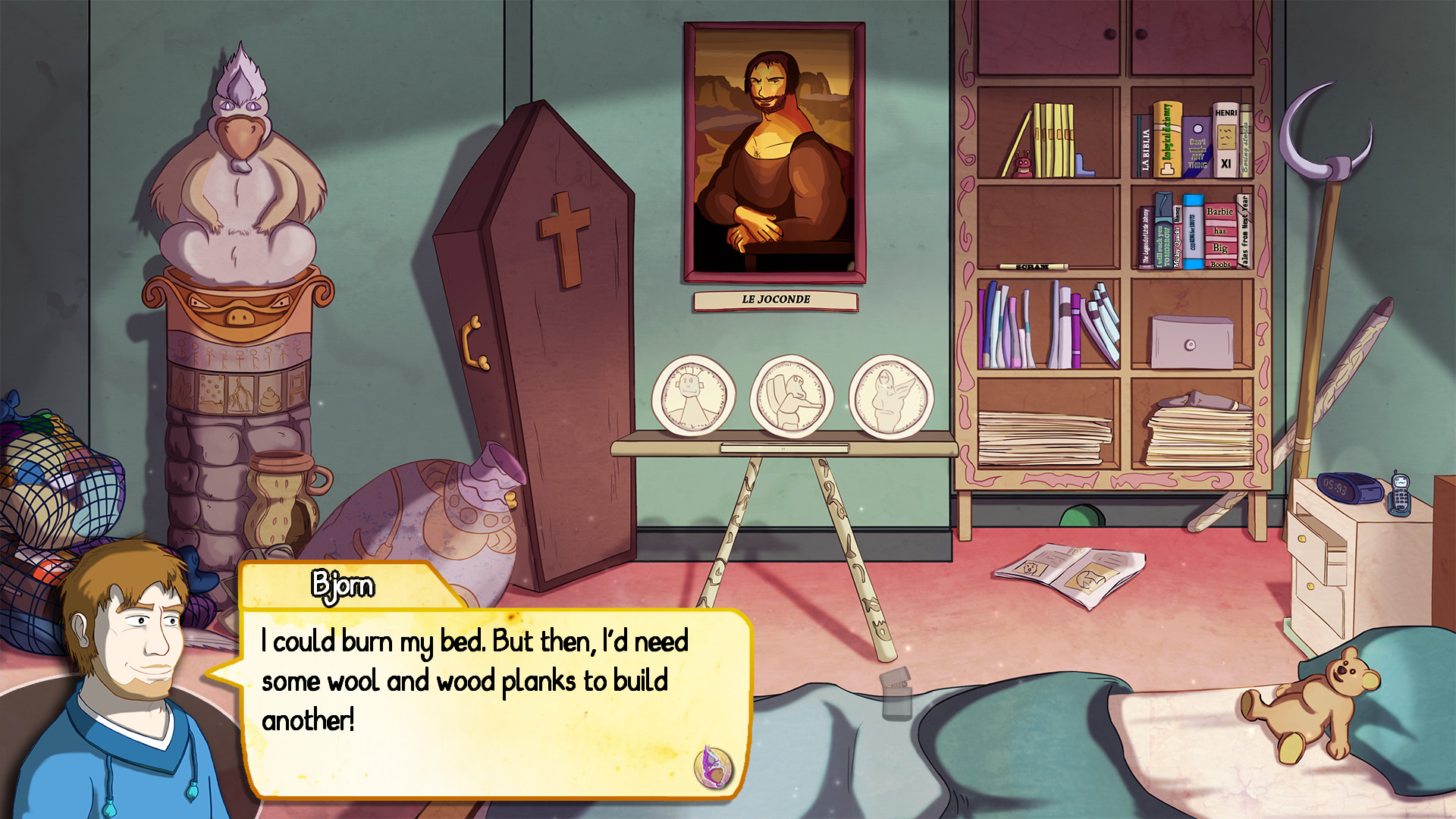 It’s not a huge intellectual experience but it’s not meant to be… it’s meant to keep the fun in the games and where the old LucasArts games were known for creating problems that you would basically have to call their help line for (if you played the original Monkey Island games this would be all too familiar and they even made a joke of it in Monkey Island 2 I think it was with a phone booth in game… the commentary tracks on the remastered editions of the games even makes mention of the impossibility of some of the puzzles.). Demetrios… has its own in built hint system, cookies! Whilst you don’t have an infinite number of them… and in fact you start with none and have to find them in each scene (3 to a scene and you can keep track of them through your top menu)… When you need a hint you simply chose to eat a cookie… sometimes with much resistance from Bjorn, after eating the first cookie a hint is given… if you are still stumped you can chose to eat another cookie with successive cookies making it clearer and clearer how to proceed. While it’s unlikely you’d need to go through all the cookies to get through the game they are none the less a handy little system for getting you past those sticking points. 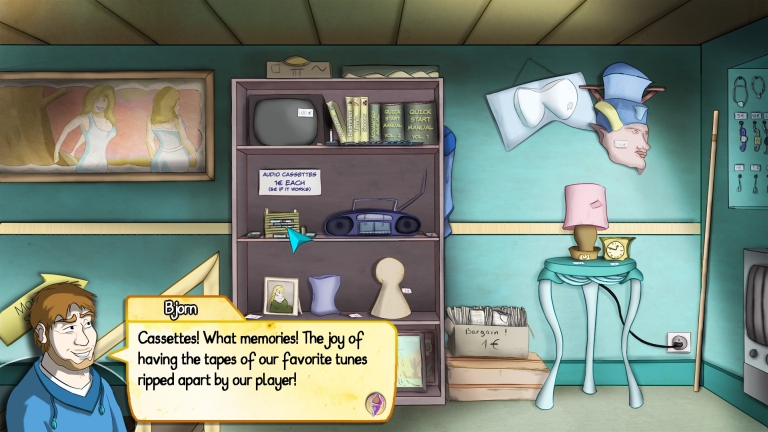 Visually it’s a bit like an indie comic… it lacks polish but that almost works for it in terms of the overall feel/appeal of the game. The game also lets you unlock some of the art for the game via the extras tab… here you can also unlock the mini games and the music from your playthrough. The mini games are actually quite a pleasant little break up of the adventuring. Reminiscent of the classic adventure games (I’m fairly sure I remember one of the Space Quests having an arcade game you could play of “Astro Chicken”). Some of these mini games are essential to move you forward… others are simply a nice little distraction. The puzzles can be a bit of fun too and most can be solved with a little bit of careful consideration. 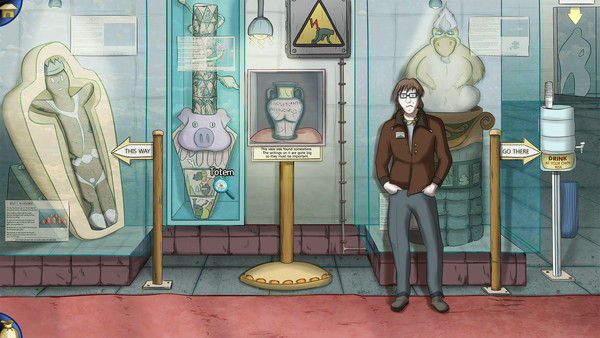 Overally it’s a decent effort. It’s not overly expensive so it won’t break the bank and it’s a nice walk down memory lane for those of us who grew up on Adventure games (but with mouse clicking instead of Parser commands. Maybe keep an eye out for it on special but it’s a decent play through and there are some funny moments though it should be noted some of the jokes/humour are politically incorrect and juvenile… so bare that in mind when deciding if this might be for you.