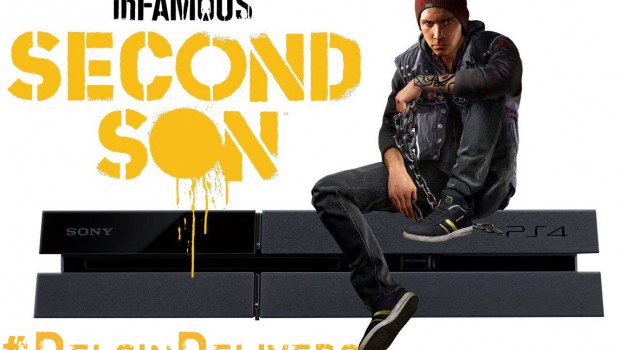 In inFAMOUS: Second Son players will take the role of Delsin Rowe – a super-human possessing spectacular powers. Set against the backdrop of a stunning recreation of down-town Seattle, you’ll be able to choose how you wield Delsin’s powers in this unparalleled next-gen gaming experience.

To celebrate, SCE Aust. is giving three players the chance to win one of three inFAMOUS: Second Son prize packs, including a shiny new PlayStation 4. Also up for grabs as part of the pack are a limited edition, custom-made Delsin Rowe jacket and beanie.

“Since its announcement, inFAMOUS: Second Son has been one of the most hotly anticipated titles for PS4 and it finally hits stores nationwide this week,” said Michael Ephraim, Managing Director of Sony Computer Entertainment Australia. “This next instalment of the inFAMOUS franchise delivers a truly next gen experience that won’t disappoint.  We have worked hard to ensure that we have plenty of PS4 consoles available on shelves in time for the release of this title, so if you haven’t picked up your new console yet, now is the time!”

To enter the contest, players simply have to answer what inFAMOUS superpower they would like and why. All entries must use the #DelsinDelivers hashtag and can be made across the following platforms:

The three most creative responses will take home the big prize, and the competition runs until 23.59 AEST on Wednesday, 26 March 2014. For full terms and conditions visit this link: http://bit.ly/DelsinDelivers