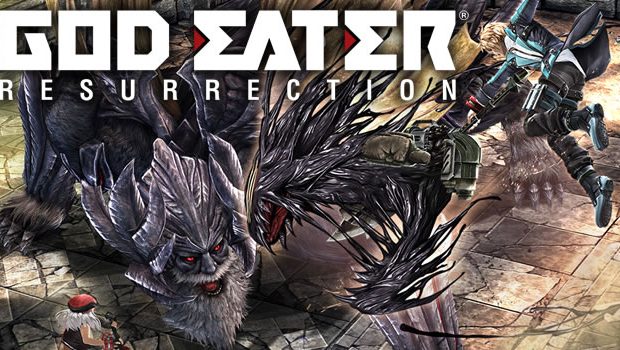 Taking place three years after the events of GOD EATER™ Resurrection, a mysterious red rain sparks a fatal pandemic called the Black Plague. With no established cure, this scourge has a mortality rate of 100% once infected. The player becomes a member of the Special Unit “Blood”, an affiliate of the Fenrir Organization who are sent to assist and investigate. Master incredible weaponry, challenge enormous monsters, and cooperate with a memorable cast of characters fighting for humanity.

Players will take up arms with their God Arcs, powerful weapons forged from Oracle Cells and the only weaponry capable of destroying the Aragami. God Arcs come in many shapes and sizes to accommodate all styles of melee combat including lumbering great hammers, swift short blades, long broad swords and wide-arcing scythes. God Arcs also transform into a variety of firearms for long range targets. New to GOD EATER™2 RAGE BURST are over 400+ Blood Arts players can learn throughout the game. These Blood Arts can enhance God Arcs by adding various attributes to attacks, giving players a definite edge during battle.

Players who purchase GOD EATER™2 RAGE BURST for PlayStation® 4, PlayStation® Vita or PC via STEAM™ will receive a free download code* for GOD EATER™ RESURRECTION which includes around a hundred hours of gameplay through an engaging storyline. Experience the full GOD EATER™ story with both games now available on all platforms.

Everything you need to know about the GOD EATER™ universe such as story, characters, fight system and more can be found in our Dev Diaries available on http://www.god-eater.com