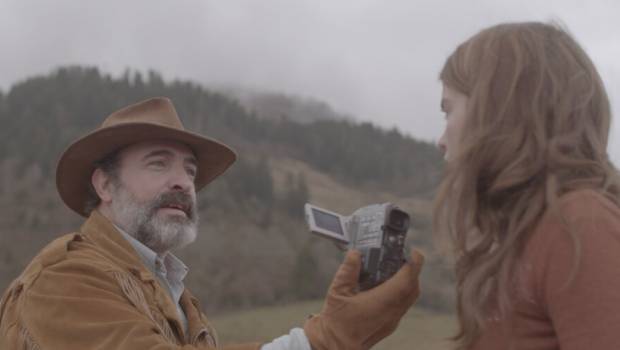 Summary: A stylistic black comedy with an absurd premise that always feels grounded with it's focus on understated performances and scenarios.

Jackets are great. They’re possibly among my favorite pieces of clothing. Especially living in Melbourne, Australia, you never know when you’re going to need a jacket to keep your warm or keep your shirt dry from rain. Despite it being something millions of people wear on any given day, we’ve never really gotten a movie dedicated to the idea of The Jacket. That all changes now thanks to Deerskin.

When we meet Georges (Jean Dujardin; The Artist), a recent divorcee and independent filmmaker, he’s making a decision that will change his life as well as his look forever. He’s spending a lot of money on a rare, 100% deerskin jacket. He wears this jacket with pride as he begins a new life in a quiet French village. There, he meets an aspiring film edited named Denise (Adèle Haenel; Portrait of a Lady on Fire), and they team up to collaborate on a movie. 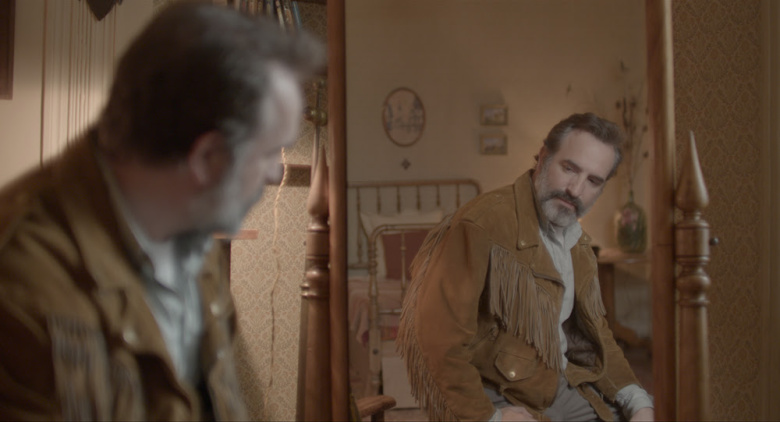 Seeing as it’s the latest directorial effort from Quentin Dupieux, I knew this was going to be a weird time. And don’t get me wrong, it definitely is, yet it feels a bit different to Dipieux’s other films. It’s not as in-your-face as 2010’s Rubber, the one that follows sentient tire who kills various victims with it’s psychokinetic skills. Nor is it like 2018’s Au Poste! (Keep An Eye Out), which embraced the strangeness a bit more. Deerskin instead aims to be more subtle, with only one sequence in the third act every getting to a point that might be considered over-the-top.

Jean Dujardin is a joy to watch. His performance is incredibly understated and feels very natural, despite some out-of-the-ordinary stuff he gets up to. You believe that he believes everything he’s saying or experiencing, which helps sell this movie.

Equally, Adèle Haenel is marvelous. Being a massive fan of her excellent performance in last year’s Portrait of a Lady on Fire, it was very exciting to see what she’d do in movie by this filmmaker. Even though Dujardin’s performance is very natural, Haenel helps ground things even more. A lot of scenes that she’s in are quite frustrating at times, which goes to show how excellent she is on screen. 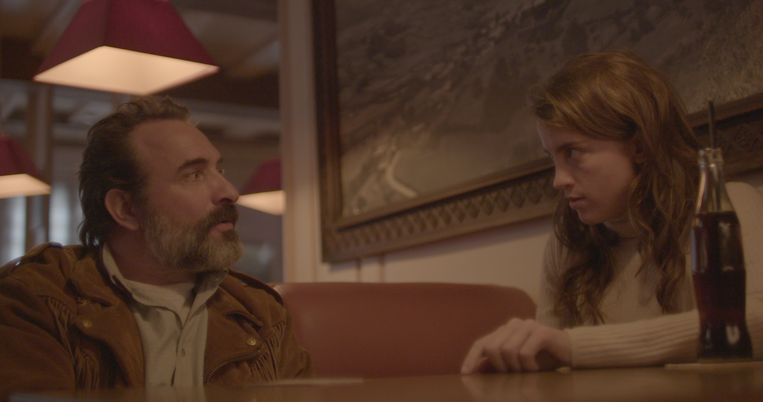 The music is quite good as well. There’s a main theme that plays throughout a lot of this movie. It’s quirky, it’s dark, it’s borderline sinister, and it helped set the tone and atmosphere of this small French village very well.

Coming in at 77 minutes, it’s quite a short watch. It never overstays it’s welcome, nor does it feel like the film could’ve been longer. The ending does perhaps feel a bit jarring, some might say it comes out of nowhere, however I’ve always viewed Dupieux as a director who focuses on concepts and he got as much out of this film’s premise as he possibly could.

Deerskin is a strange beast as it’s hard to review without spoiling a few things better left unsaid to first-time viewers. It’s packed with great performances, a fun, dark and intriguing premise, as well as a lasting effect that’ll leave the audience with a couple questions for the drive-home. A must watch for fans of Dupieux and perhaps a good jumping-on point for new-comers as well.

Deerskin is out in cinemas on August 6th.
Early viewing provided by Umbrella Entertainment. 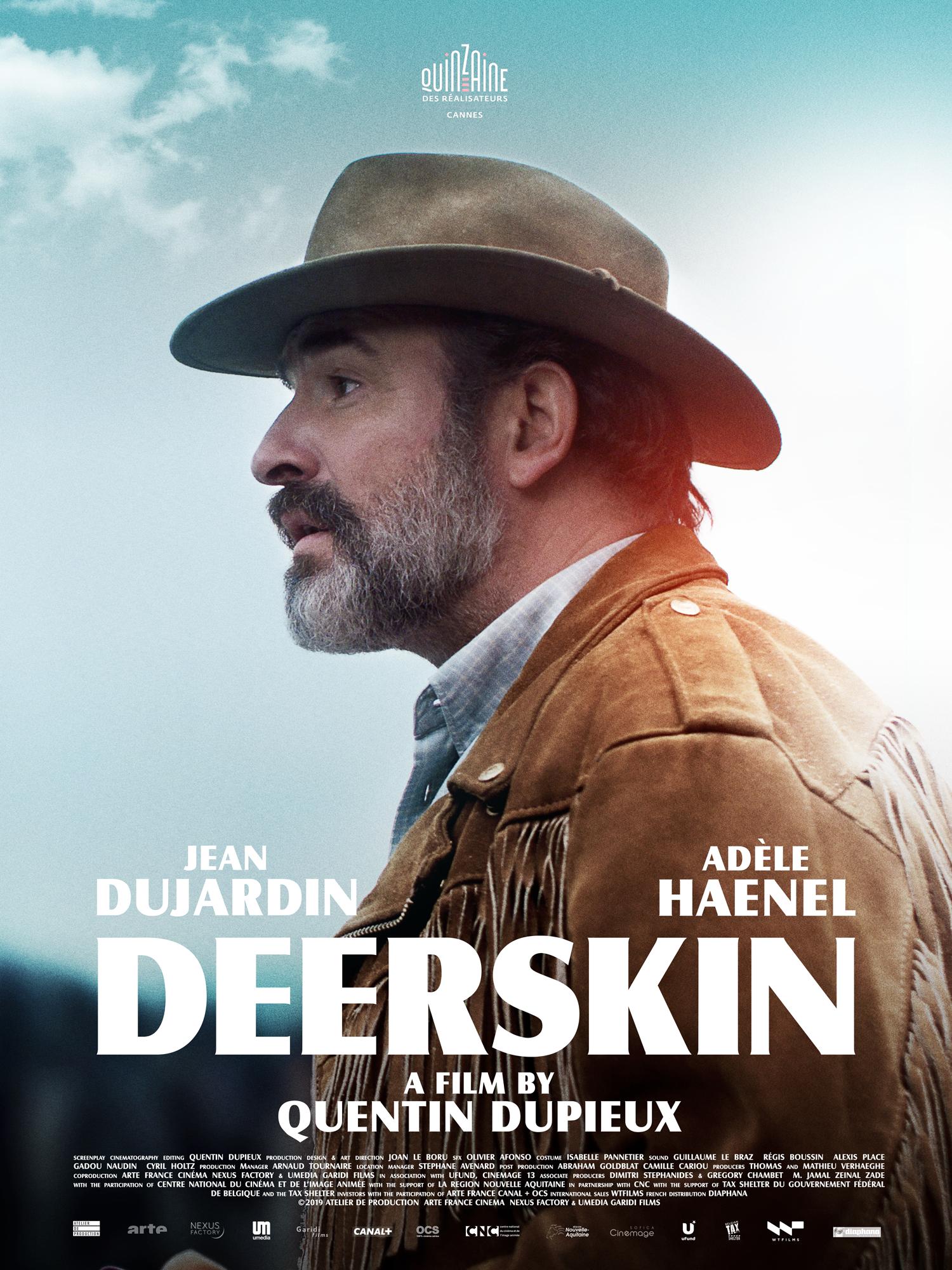