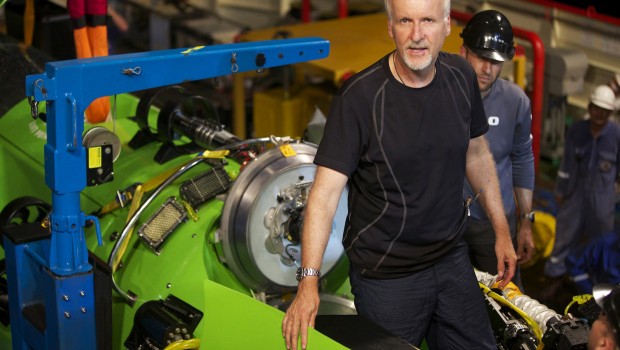 As the saying goes: money can’t buy you happiness. Depending what your philosophy on life is that may be true but for movie director James Cameron it can buy a whole lot of things that lead to joy. From the look of the National Geographic film Deepsea Challenge happiness for Cameron is building a submarine that’s vertically inclined, can barely fit one driver and can travel to the deepest parts of the ocean. Plus it’s painted bright green. Yes, to be able to live out your childhood dreams of deep-sea exploration all you have to do is believe in yourself kids. Also it helps if you directed and wrote two of the highest grossing films of all time, that way somebody out there will let you build submarines. What this movie follows is not only Cameron’s ambitious journey to the world’s deepest pockets but the preparation for that adventure.

Though he is at the centre of this documentary all the credit can’t go to Cameron and he makes sure of it. The team responsible for the creation of the vessel is a mix of American and Australian designers and researchers. For the most part the project was kept under wraps while the high profile filmmaker worked closely with Australian engineer Ron Allum to develop the idea of the dive. The initial dives were performed in Sydney Harbour with Cameron manning the watercraft while a team of designers and researchers assisted. 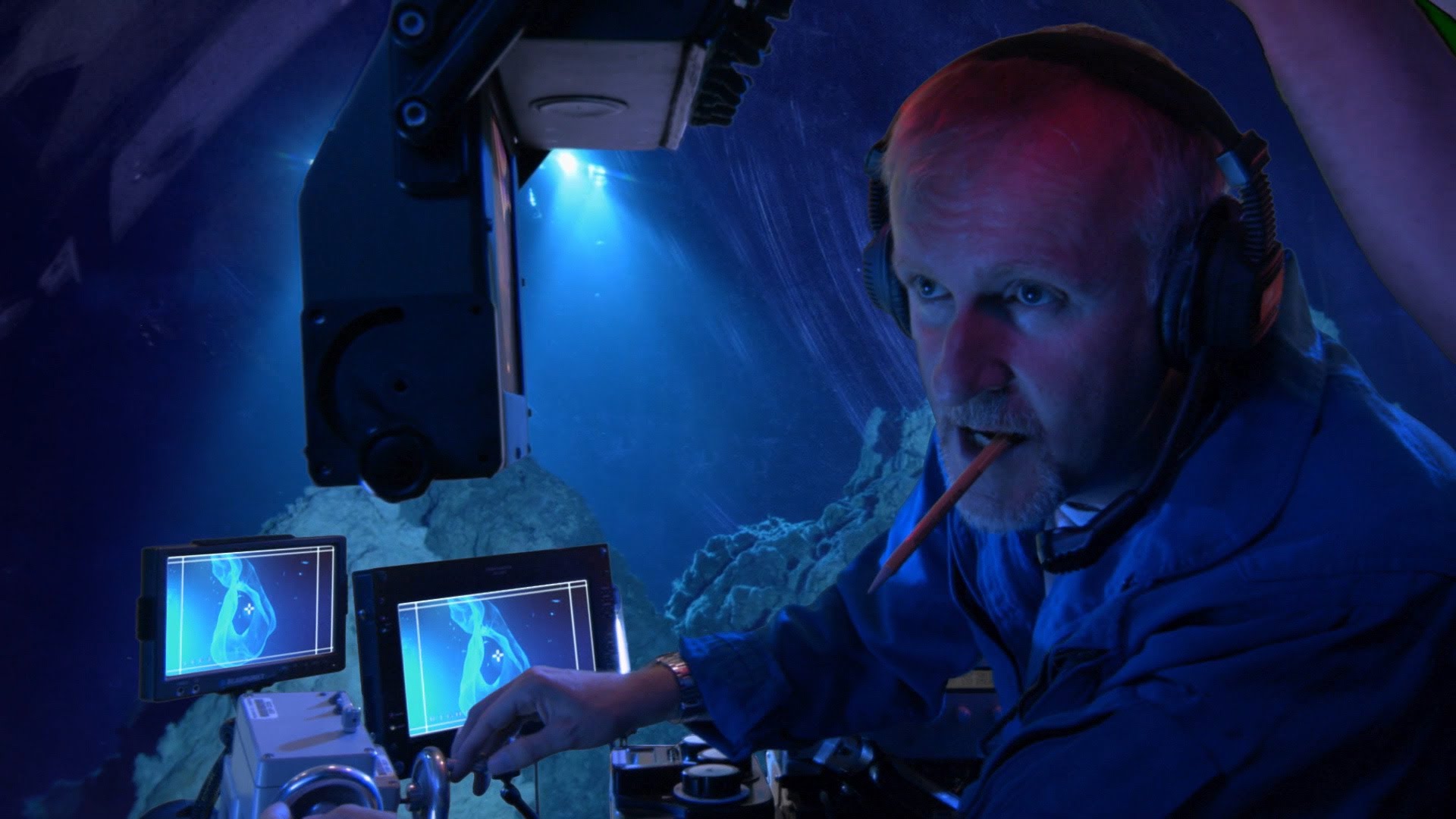 A documentary about the creation and eventual operation of a submarine does come with its dramas as the clock ticks and the bills pile up. Apparently keeping a revolutionary watercraft parked in Sydney Harbour is quite expensive, even if you did direct Avatar. This pressure of keeping to the schedule makes the film tick along nicely while the overall duration sticking to a lean 90 minutes. Though the science and technical jargon is kept to a minimum it’s nice to know that the visuals of Deepsea Challenge will keep others happy.

The 3D effect does enhance the film but not by a significant amount as the scenes are quite stunning but it’s the theory that’s more intriguing. Directors John Bruno, Ray Quint, and Andrew Wight provide enough footage of the preparations and practice dives to build up the ever-important tension. This may also be the film’s only downfall though as by the end of the documentary there’s a feeling of a little too much talk than there is walk. 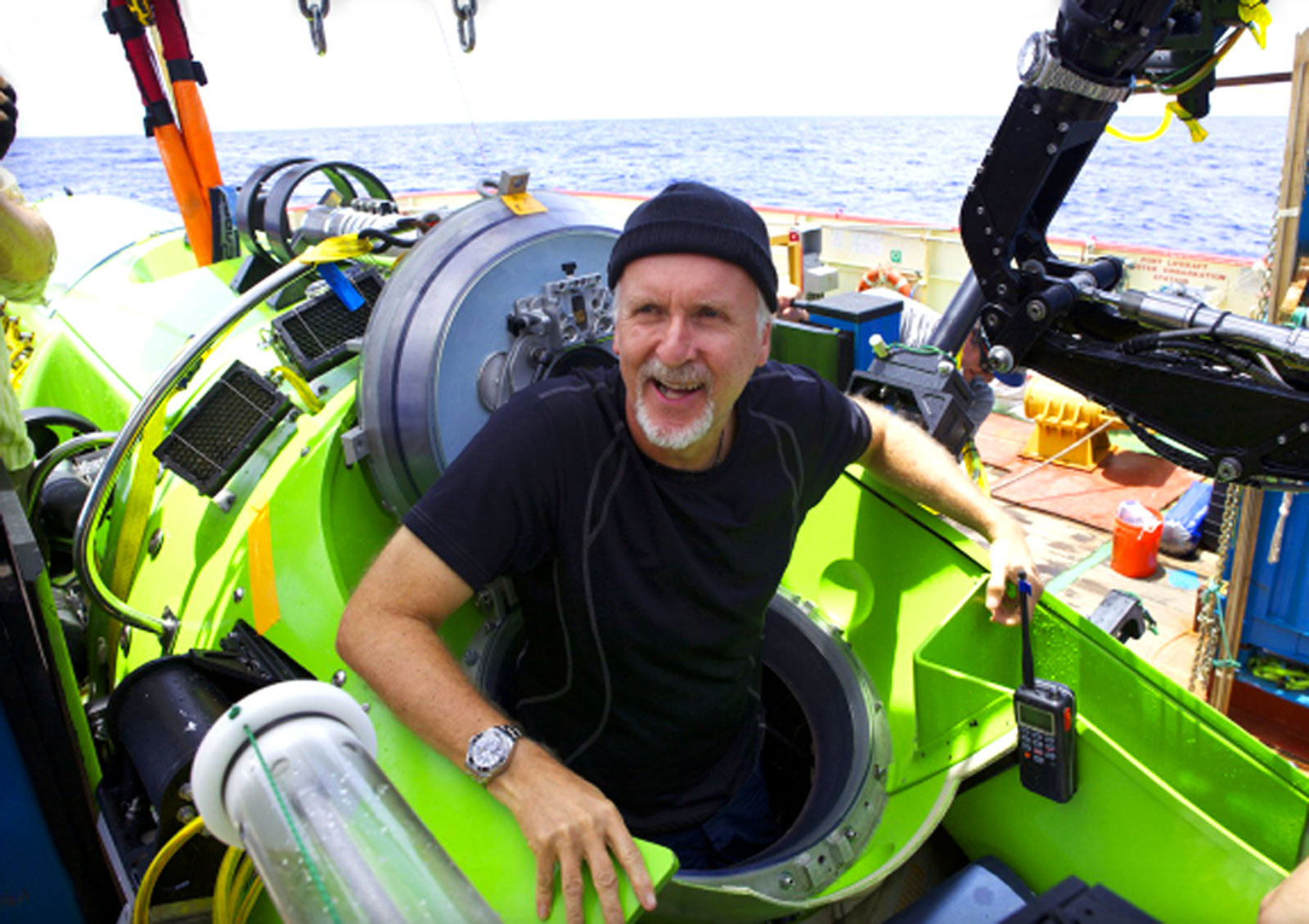 It is fun though to see Cameron geek out as he goes further and further down below sea level. A feeling of claustrophobia is likely to occur while watching a man operate a vehicle that’s attempting to reach the bottom of the Mariana Trench (10, 908 metres). It’s probably best to keep those legs stretched out while watching this.

This film also sheds light on Cameron’s love for the ocean and the exploration of it, making a small part of the movie biographical. Deepsea Challenge not only shows us what’s way down at the bottom of the ocean but it also allows us into Cameron’s mind, if only for a brief moment. As the movie goes on it becomes clear why the filmmaker created movies that were literally surrounded by ocean like 1989’s The Abyss or Titanic in 1997. At first it’s hard to tell if this movie is informative and worth seeing or if it’s just a pet project for a squillionaire Hollywood director. It’s probably both but the initiative to take on such an endeavour on Cameron and his team’s part is enough to explore this movie.

Summary: This film sheds light on Cameron’s love for the ocean and the exploration of it, making a small part of the movie biographical.