Deep Roots #1 was originally published on April 25, 2018 and was greeted by critical acclaim and a same-day sellout. Website Multiversity Comics made the book it’s pick of the week, saying, “This is a comic that oozes intrigue on the stands, and begs for you to delve into it. […] Watters subverts your expectations and plays with your emotions like a master puppeteer, mixing fantasy and modernism to create an exhilarating and original story.”

Deep Roots was co-created by writer Dan Watters and artist Val Rodrigues, with colors by Triona Farrell and letters by Aditya Bidikar. 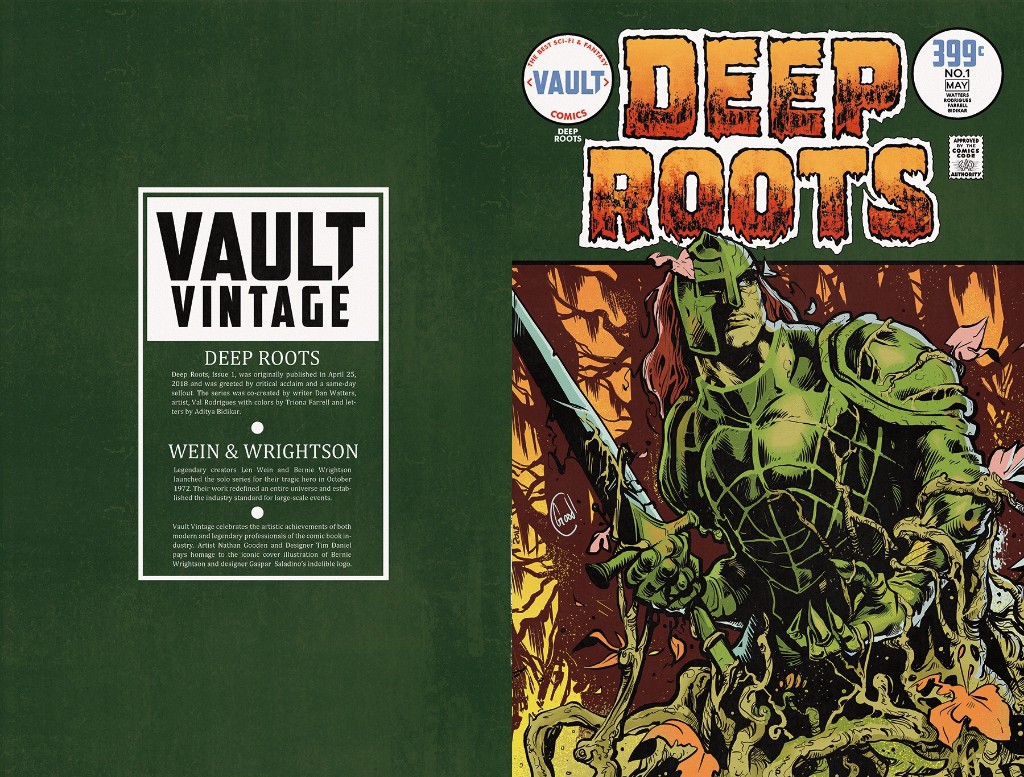