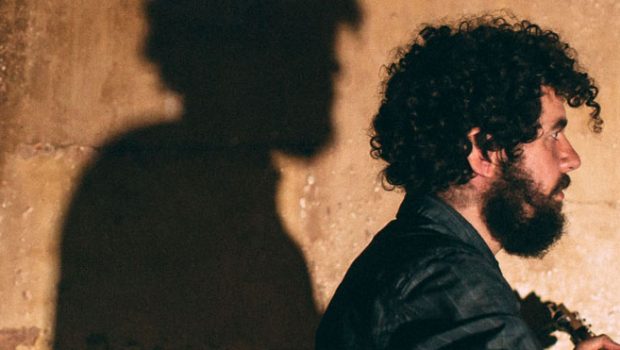 Irish singer-songwriter Declan O’Rourke returns to Australia this September and October for a very special series of concerts in Melbourne, Sydney, Brisbane, Canberra and Adelaide, plus the Dashville Skyline festival.

This extraordinary spinner of song weaves his soulful melodies through half-remembered moments and dreams long-treasured. Larrikin and poet, his music is infused with wit, the yearning of history and the patience of mortality. Live in concert, O’Rourke moves seamlessly from hilarious spontaneity to transporting beauty.

Born in Dublin and now living on the wild windswept west coast of Ireland, O’Rourke spent eight years of his youth in Australia. At the age of 13, a priest in Kyabram (Victoria) gave him his first guitar. His debut album, appropriately titled Since Kyabram, was nominated for three Meteor Awards, including “Best Male Artist”, “Best New Album”, and “Best Folk/Trad Artist”, and achieved double Platinum.

In 2016 he released his fifth studio album In Full Colour, recorded with a full 50-piece orchestra. A prolific writer and story-teller, his latest song-cycle entitledChronicles Of The Great Irish Famine will be launched in Ireland in November this year.

O’Rourke returns to Australia for seven concerts only before heading to festivals in New Zealand. His last solo concerts here were in 2014, so be sure to see him before he disappears again!

Declan O’Rourke’s songs have been admired by James Taylor, John Sheahan (The Dubliners), Eddi Reader and Paul Weller, and Declan has toured and worked with the likes of Jim Moginie (Midnight Oil), Eric Bogle and Leah Flanagan. In his last appearance in Australia, Declan played alongside Paul Kelly and Shane Howard as part of the acclaimed show Exile: Songs & Tales of Irish Australia.

REVIEWS
“Compassion, romance, a sense of mortality and a sense of history run through the songs of Declan O’Rourke… His calling is a balladeer, proffering re-assurance in the face of inevitable sorrow.” – Jon Pareles, The New York Times

“He writes the sort of classic songs that people don’t write anymore, songs that sound like they’ve been around forever… Listen to “Galileo”, which is possibly the greatest song written in the last 30 years.” – Paul Weller

“He’s a timeless troubadour with a voice that breaks through all your defences and gets to the heart of the matter.” – Glen Hansard

“There is something so simple but overwhelmingly powerful about the melodies and emotive storytelling.” – BBC Radio