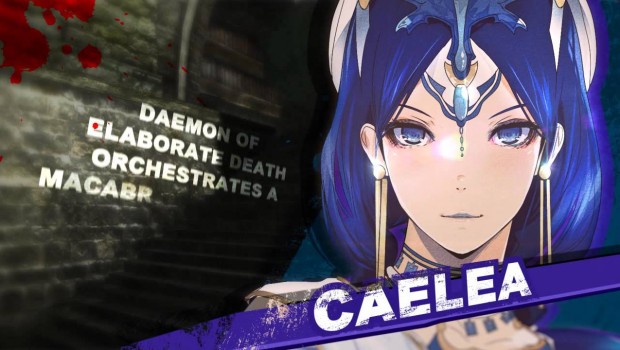 Sydney, 21 January- Tecmo Koei Europe and Mindscape Asia pacific announced today that upcoming title Deception IV: Blood Ties will be released across Europe on the 27th of March 2014 for the PlayStation®3 computer entertainment system and the PlayStation®Vita handheld system.

In this imaginative follow up to the classic Tecmo title ‘Devil’s Deception’, first released in 1996 on the PlayStation®, players can get a taste of what it’s like to play on the side of evil. Much like its predecessors, Deception IV: Blood Ties is a strategy focused action game revolving around a deceitful main character known as the Devil’s daughter who, assisted by three Daemons, defeats her foes through trickery.

Deception IV follows the story of Laegrinna, an animated fragment of an imprisoned Devil’s soul, as she battles her enemies by mischievously luring them into strategically placed traps. From rolling boulders and spiked walls to spring boards, Iron Maidens, human cannons, falling bathtubs and banana peels, the player can choose from a multitude of dramatic, sadistic, and comical traps in order to finish off an enemy

Setting traps is not enough though, as they need to be activated in turn. Timing also plays an important role, as an untimely activation could result in Laegrinna falling into her own trap or allow her rivals to catch up her. Depending on the manner an enemy is killed or captured the Devil’s three servants: Veruza, Caelea and Lilia (each representing a different aspect of cruelty: Sadistic Torment, Elaborate Death and Humiliating Demise) reward points and upgraded traps

Players will be able to upload their combos online (PlayStation®3 version players can upload their videos to or challenge other players to beat their highest-scoring, funniest, or sadistic combos. Other network elements include leaderboards for total Ark (points accumulated in a level), clear time etc as well as uploading and downloading user created missions (Cross-Quests). PlayStation®Vita boasts a few additional features and using the touch screen to select and activate traps

Deception IV: Blood Ties is produced by the creator of Fatal Frame, Keisuke Kikuchi and developed by Tecmo Koei. The franchise as a whole has sold more than 800,000 copies globally. For more news and information on Deception IV: Blood Ties please follow us on https://www.facebook.com/tecmoeurope or visit http://www.deceptioniv.eu