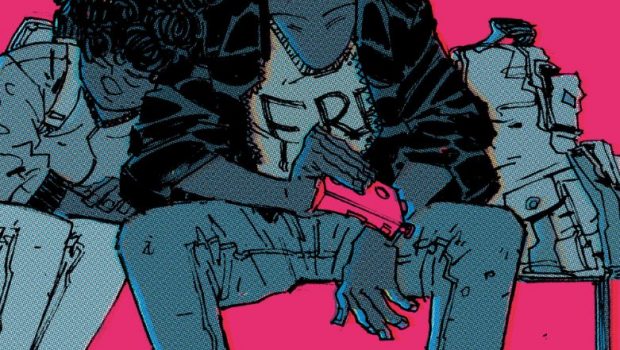 Award-winning playwright and comics writer Sean Lewis and award-winning artist Hayden Sherman’s new technology thriller Thumbs is being rushed back to print this week to keep up with customer demand.

Imagine someone like, say, Mark Zuckerberg created his own army of tech-obsessed teens and directed them to take on the government. What would the fallout be? In Thumbs, readers are introduced to a high-stakes world where that—and much worse—can unfold. Charley “Thumbs” Fellows is a member of just such an army. Poor and raised by the influential MOM™ app, he finds himself in the center of a war. 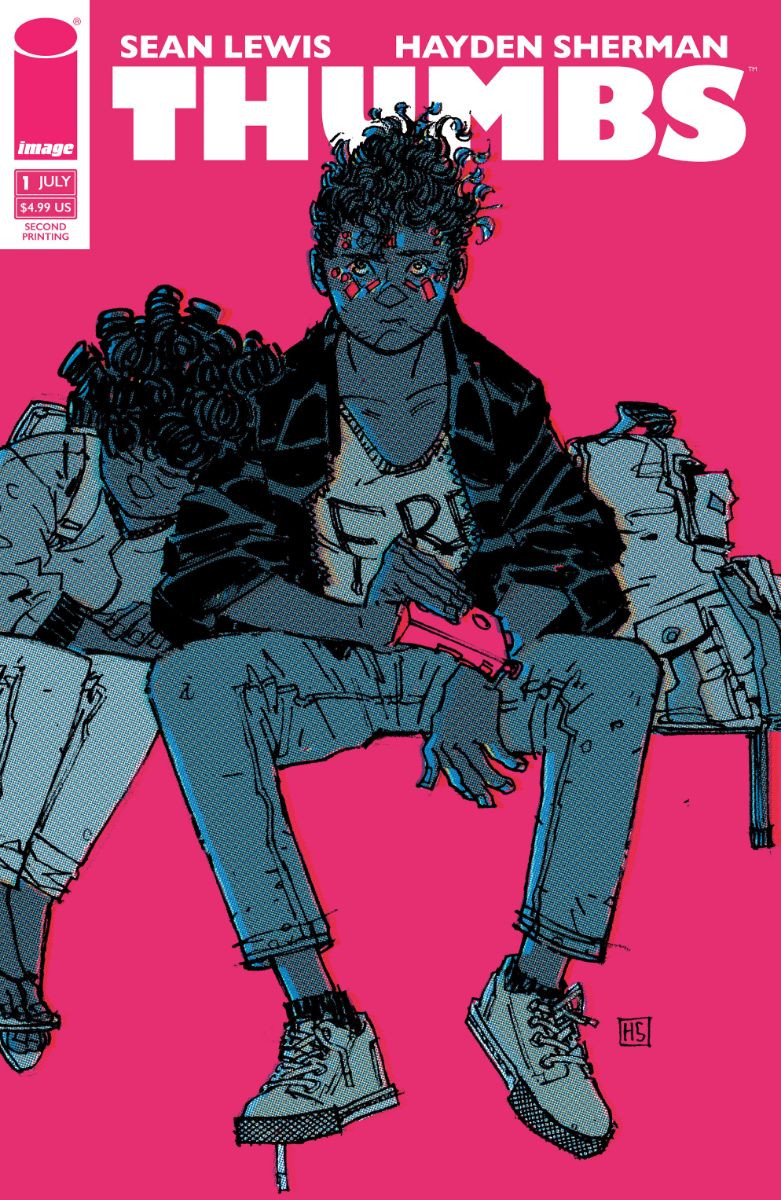