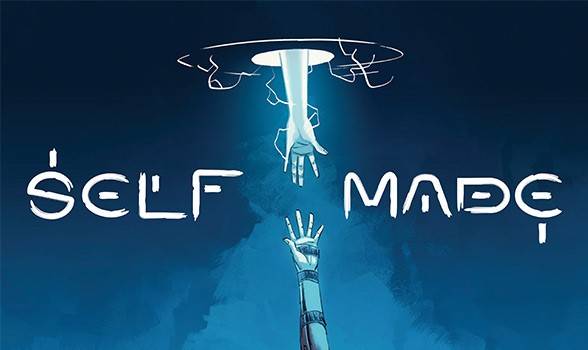 Image Comics is pleased to introduce a creative team everyone will be talking about—superstar writer Mat Groom and artist Eduardo Ferigato—and their forthcoming series SELF/MADE. The all-new, ongoing series will launch this December.

SELF/MADE drops readers into a kingdom besieged by chaos, and at the center of it all is warrior Amala Citlali. Amala sees the upheaval as her chance to escape her clearly defined role within Arcadia—and to change her destiny. But she could never have predicted that it would also be her chance to confront her God.

“Obviously there’s a lot of fantasy-inspired visuals here… we’ll be hitting some sci-fi inspired worlds very soon… and after that, we’re headed for what I guess I’d call ‘non-traditional’ fantasy,” hinted Groom in an exclusive interview with io9. “So we’ll be all over the sci-fi/fantasy spectrum. I mean, c’mon—look at Eduardo and Marcelo’s work, and just try and tell me you don’t want to see them render literally anything you can imagine.”

Ferigato also told io9, “There’s a bit of Lord of the Rings, a bit of Game of Thrones, a bit of For Honor, which I was playing a lot when I was first developing the series… but I drew upon pretty much all of the fantasy movies and games that I’ve watched or played in my life, in one way or another. But as we move past issue one, we’ll be going to very different places… so we’ll be exploring many different aesthetics. It’s a huge universe that we are creating here, which has been a big challenge for me as an artist. Every issue demands a lot of research. But I can’t get into details yet, or Mathew will kill me!” 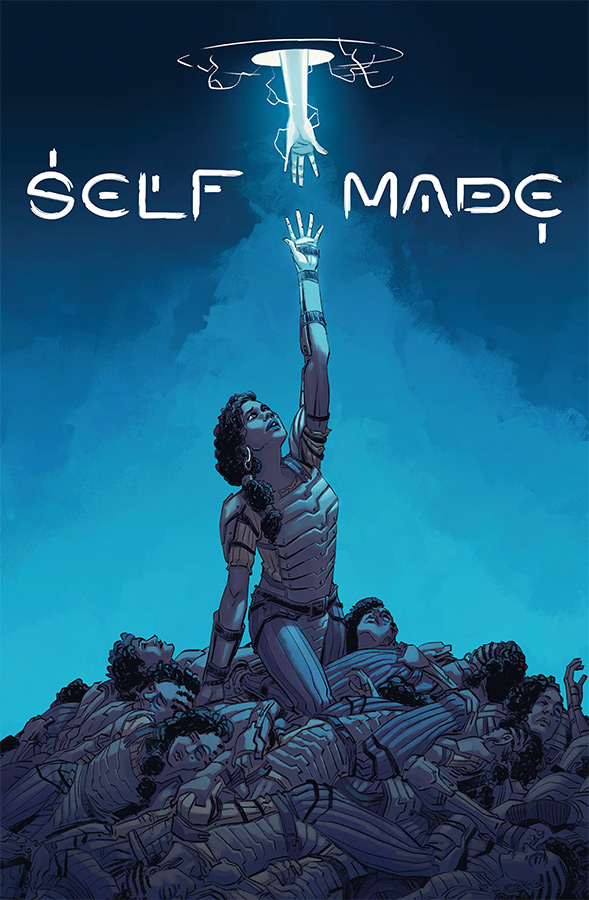 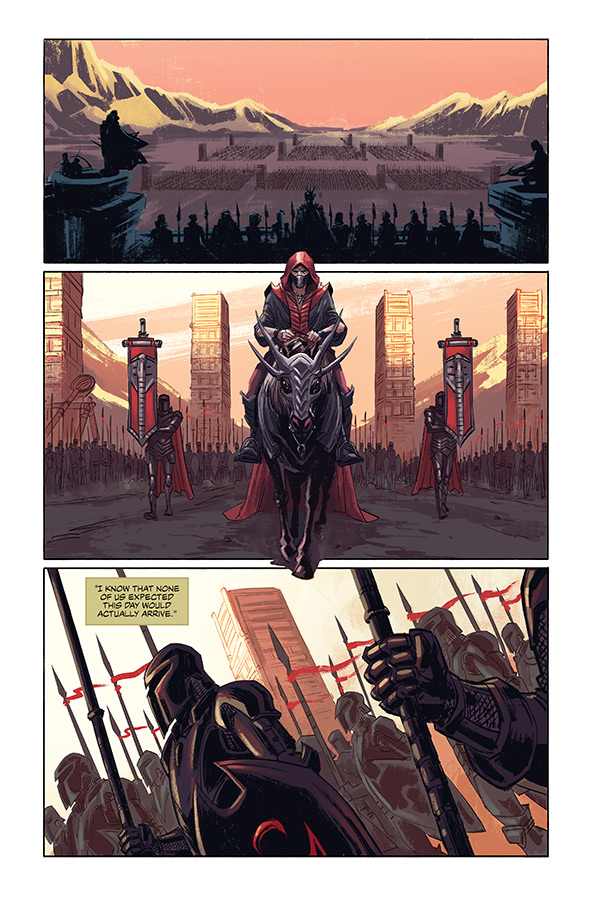 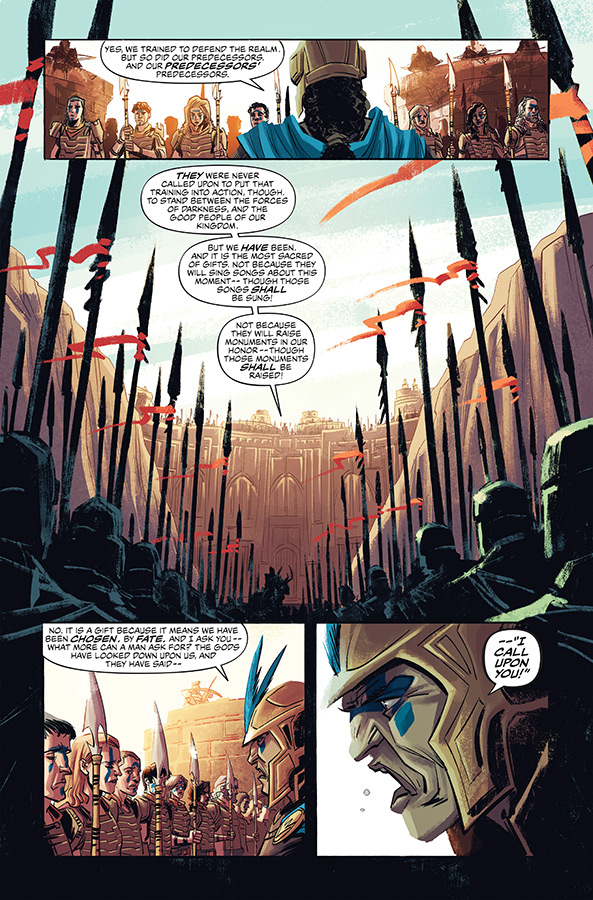 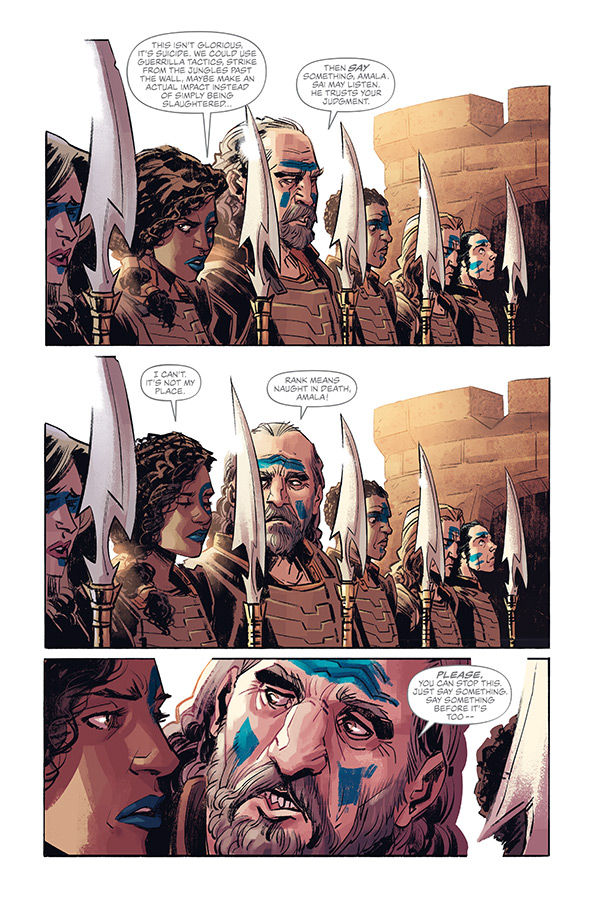 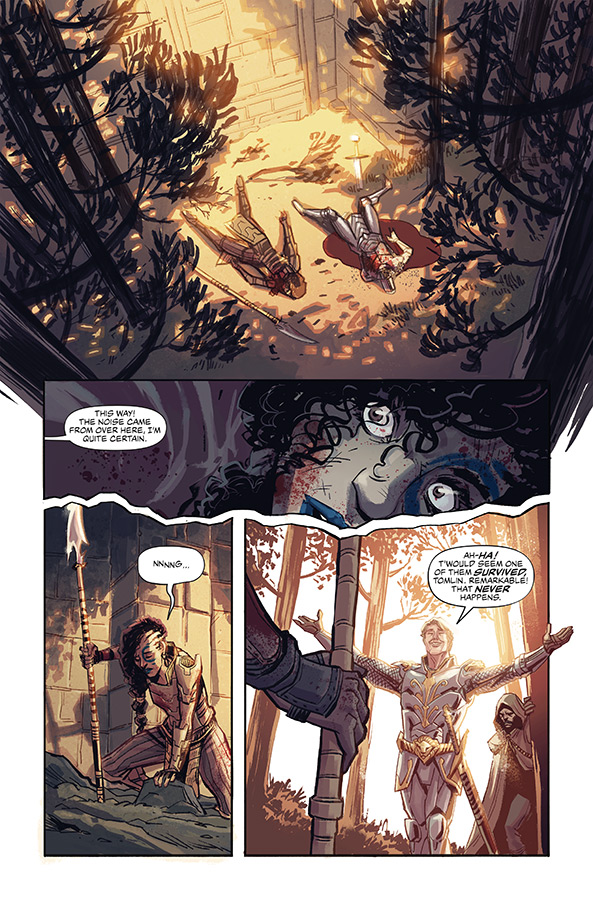 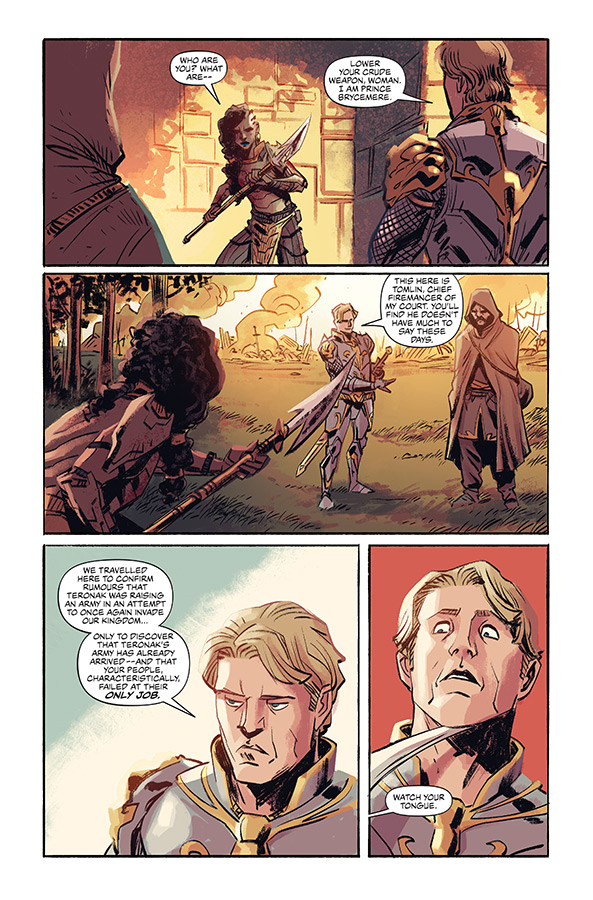 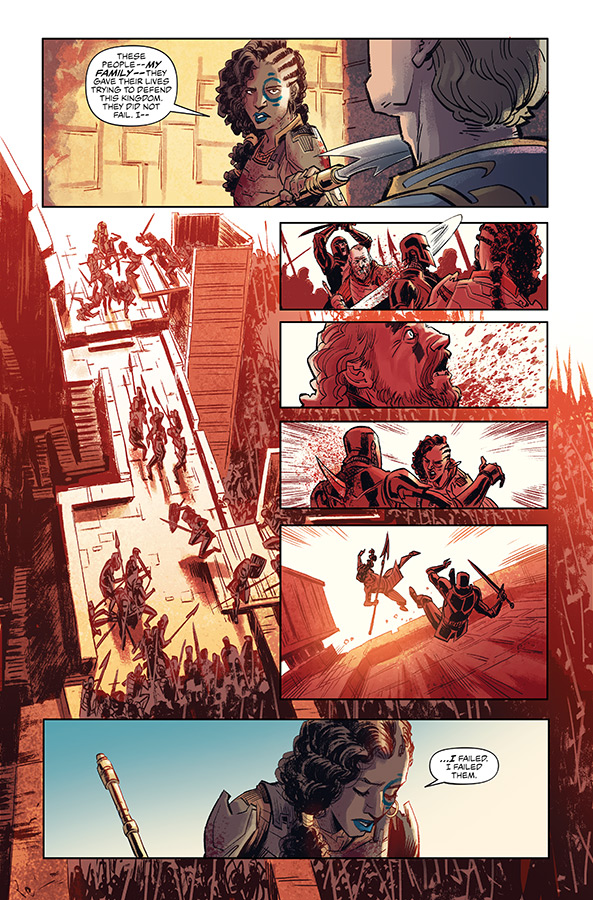